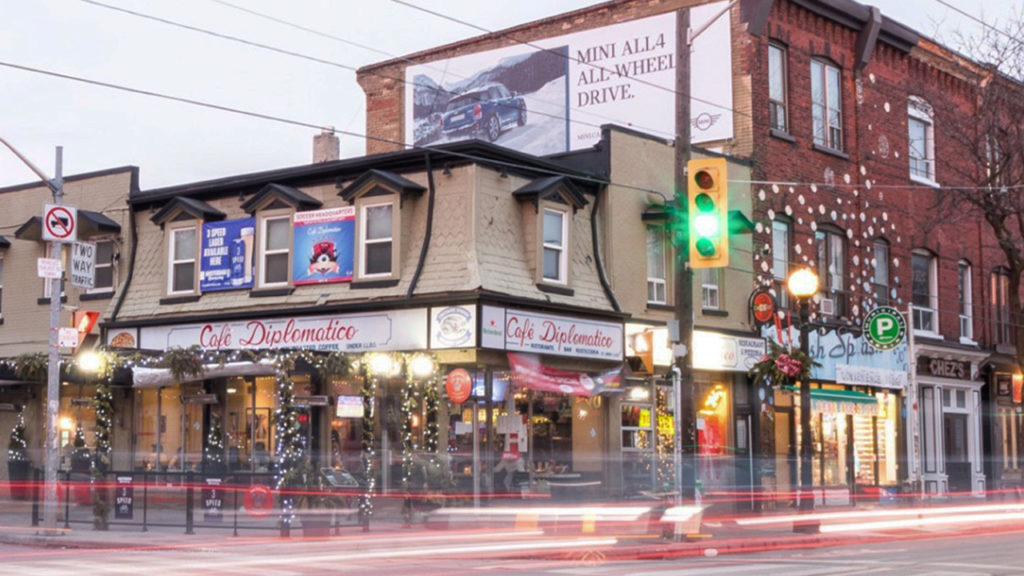 Cafe Diplomatico’s patio has been a gathering place for sports games and events since its establishment over 50 years ago, and has remained open through the most recent pandemic-related closures, which saw many a restaurant offer a heated, covered patio for patrons to continue to use while indoor dining was closed.

The problem, though, is that most of these patios violated the rules set in place by the provincial government, which dictate that outdoor patios must have two fully open sides. Cafe Diplomatico’s outdoor space is heated and fully sheltered (even housing a fire hydrant), prompting the local authorities to close it down. They’ll still be open for takeout and delivery in the meantime.

The eatery posted a note on Instagram confirming that the owners were forced to cease operations until restaurants are allowed to reopen at 50 per cent capacity on Jan. 31.  “As a result of intervention by several municipal authorities, we have to close the outdoor patio until we are able to reopen,” the post reads, noting that they are determined to get it reopened as soon as possible, which is likely the end of the  month.


Known affectionately as The Dip, the family-owned and operated cafe has been in operation since 1968, offering everything from burgers and fries to chicken parmigiana and pizza. Located at 594 College St., Cafe Diplomatico’s patio served as a trailblazer, as outdoor dining in Toronto was virtually unheard of at the time that Rocco and Paul Mastrangelo opened the restaurant’s doors. Intended as a gathering place for espressos, biscotti and a good Italian meal, the patio attracts many diners for soccer games and getting together with friends in Little Italy.

Until the closure, Cafe Diplomatico boasted a lineup out the door as people waited to chow down on antipasti and pasta on the sheltered, covered patio, despite the frozen temperatures. Until Jan. 31, they will offer only takeout and delivery services.