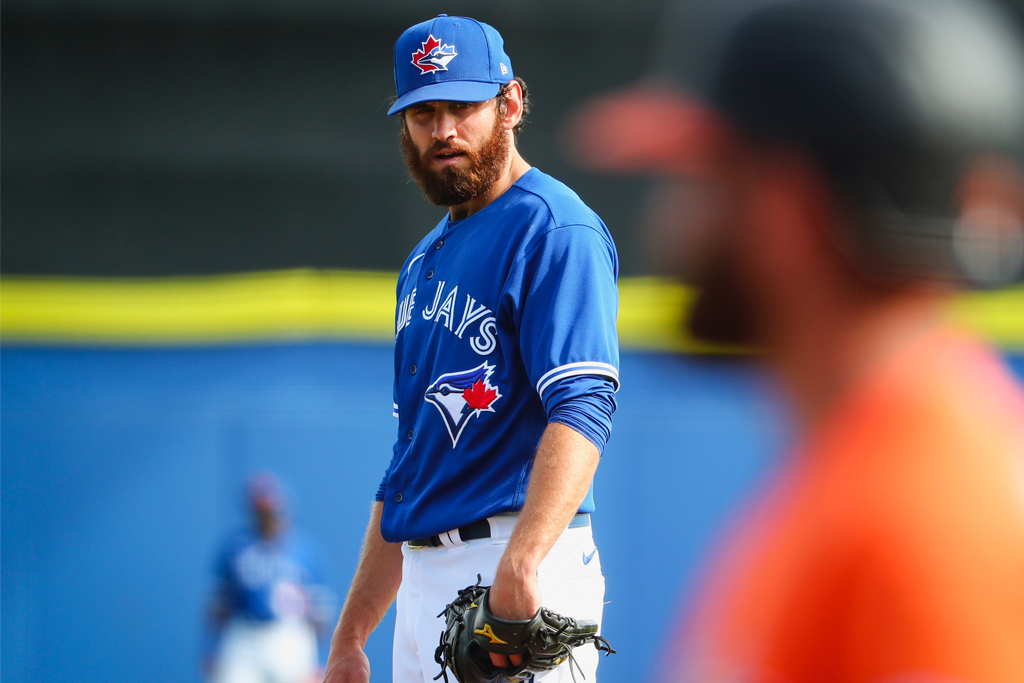 Last season was a big one for Jordan Romano, who began establishing himself as a dominant relief pitcher and won the closer role for the Blue Jays recording 23 saves on 24 opportunities. Now, heading into a new season, he’s one of the bullpen leaders on a team expected to compete for a championship.

Here is our interview with Romano from last spring about his roots in Markham, his fave Blue Jays pitchers growing up, and expectations.

How’s spring training going for you so far?

It’s been going great so far, you know. I have a couple of outings under my belt and it’s going well. I have to just get the timing and everything down. But my body feels good.

Do you know your role yet this season? I know the closer role is a question mark.

You know, I’m not sure. They haven’t talked about defined roles yet. But I’m just hoping to be used in some high-leverage spots, wherever they may be.

You guys are one of the teams to beat in the East going into the season. What are the expectations around the clubhouse?

Definitely some big names have been added, you know. All the guys here were super excited when we saw these guys that we signed, and, yeah, with that I think the expectations are a little bit higher. You know, we made the playoffs last year. And I think this year, a goal would be to get a lot deeper in the playoffs with the new guys we have.

Who do you think will have the biggest impact this year?

We got a lot of great players, but one that sticks out is George Springer who has been, over the past five, six years or so, one of the best players in the league. So I’m just really happy he’s on our side now.

How does it feel playing for the hometown team, but being stuck in Florida to start the season?

Growing up in Markham, I was obviously a big fan of the Blue Jays. It is a little different not playing in front of the Toronto fans, definitely gonna miss that. But it’s the situation we’re in. So we’re gonna make do and try to make the best of it.

Tell me about your first major league appearance.

It was a pretty exciting moment. That was like my fifth or sixth season, just trying to work up to that goal to finally get the call up. The first thing that stands out was how nice hotels were compared to the minor leagues. And it honestly felt like a movie almost. When I got out there, it didn’t feel like it was real. I was super nervous, super anxious but really excited and I felt pretty prepared. But yeah, I almost blacked out. That’s kind of how it felt.

And who is the toughest batter you’ve faced?

You know, I would have to say Mike Trout. He’s a pretty great player that I had to face when the Angels came to town. I got him that day. But I’d say Mike Trout is probably the toughest hitter I’ve ever met.

So you grew up in Markham. Tell me about your introduction to baseball and what it was about the sport that clicked for you.

Growing up in Markham, or Canada in general, hockey is, you know, the big sport. So I was playing hockey and baseball. And you know what, with baseball, I always wanted to go to practice. I always wanted to stay late. I always wanted to play baseball with my friends instead of hockey. Growing up, you always dream about playing for the Blue Jays. But there is such a small possibility. So I’m pretty fortunate to get this far.

Who were some of your favourite players growing up?

Roy Halladay was a big one for sure. Ricky Romero. Even guys like Brett Lawrie and J.P.  Arencibia. They were getting big when I was in college. So that was pretty exciting. Vernon Wells was another big one. We all liked Vernon when he was out in centrefield.

Was it pretty special to play your first home game at the Rogers Centre?

Yeah, just going to the Rogers Centre and I’m getting ready to play a big league game, instead of going to be a fan in the stands. Just walking through the tunnel and then on the field and kind of looking around the stadium at field level. It was so cool.

Did you have some family there?

Oh, yeah, pretty much all my home games I’d have my mom, dad, sisters and cousins out there. And uncles. They’re all really big fans as well. So they would come to pretty much every home game I played.

What do you miss most being away so much?

I think first and foremost just seeing my parents and family. When I was playing in Toronto, I was living at home and got Mom’s home cooking. That’s one thing that I miss and especially even my parents. This is the first spring training that they’ve missed.

How’s it been under the pandemic and having your parents up here?

It’s tough, right. But it’s tough on everyone. Hopefully things clear up and they can come to games or when we play up there.

What does it mean for you to be the only Canadian on the team?

It makes me take a little more pride in the situation I’m in. I’m Canadian playing for the Canadian team, and I have to try to represent myself in a good way.