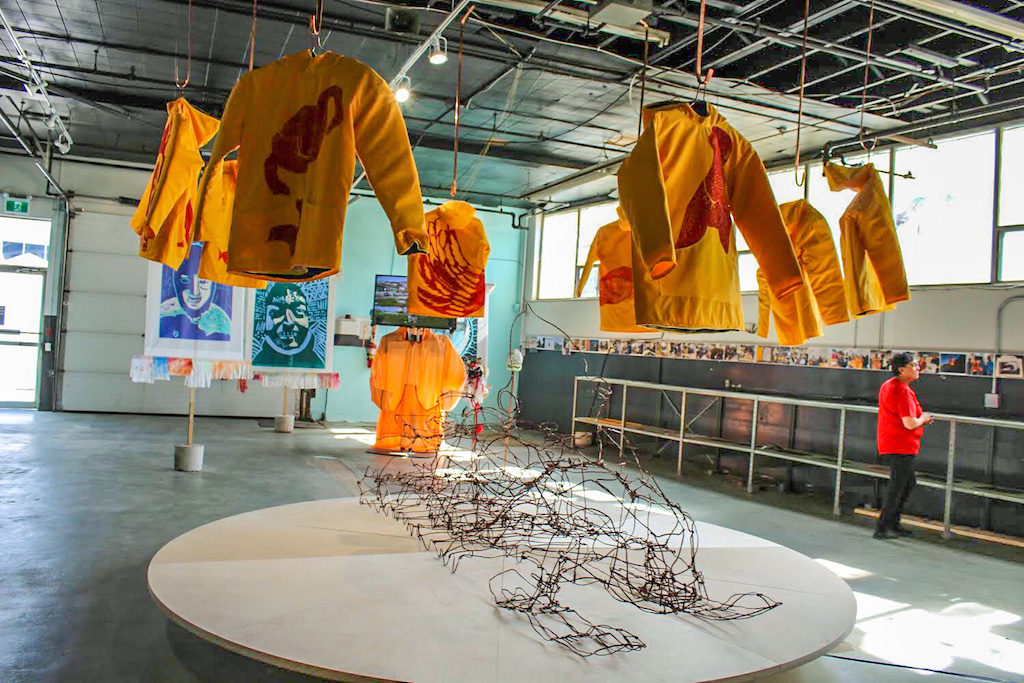 The city’s first Toronto Biennial of Art is set to open this weekend, after almost five years of planning. At a media preview on Sept. 20, the leadership behind the event stressed the importance of highlighting indigenous voices and environmental issues while raising the profile of Toronto’s art scene.

Patrizia Libralato, the Biennial’s Executive Director, said that one of the main questions behind the biennial was inclusion. “How do we create a powerful and inclusive moment for Toronto,” she told the crowd, “in which experimentation, creativity, and big ideas, are supported, shared, celebrated, and elevated?”

Toronto Mayor John Tory was also on hand to voice his longtime support for the project. “Things that celebrate art, that allow us to tell our stories to each other, to celebrate our indigenous peoples, to understand our history when it comes to the shoreline, and many other things are incredibly important,” said Tory, “especially when it comes to the arts.”

Libralato said they hope to welcome approximately 400,000 visitors over the course of the biennial. More than 90 artists are featured in the event, from Canada and across the world.

AA Bronson’s exhibition, A Public Apology to Siksika Nation, directly engages with attempts to rectify the historical treatment of indigenous peoples, including that by his family in particular. “It’s kind of an extreme situation to find oneself in,” he said, “it really traumatized them for generations to come.”

Bronson collaborated with indigenous artist Adrian Stimson to create works that would work in response with one another. Stimson’s work, Guess Who’s Going To Dinner, considers Bronson’s proposed apology through the lens of residential school survivors. Bronson hopes that his work helps build bridges between cultures.

Salomonie Ashoona, one of the youth artists involved in Embassy of Imagination + PA System, came from Cape Dorset, Nunavut to see his work shown at the biennial. He says that he comes from a family of artists, and his brother originally got him involved in Sinaaqpagiaqtuut/the Long-Cut, the project commissioned by the Biennial. “My hometown is a birthplace of art,” he said. Other indigenous artists with exhibitions at the event include Qavavau Manumie, ReMatriate Collective, and Isuma.

Tory and the committee behind the biennial have even bigger plans for the art world in Toronto. According to Tory, the next biennial (in 2021), will be accompanied by a year of public art and a full expansion of Nuit Blanche citywide, beyond downtown and Scarborough.

This year’s biennial runs from Sept. 21 to Dec. 1, at various locations across the shoreline. A series of special events will take place opening weekend, including a procession performance of Sinaaqpagiaqtuut/The Long-Cut, which will begin at the Bentway at 4 p.m. on Saturday.