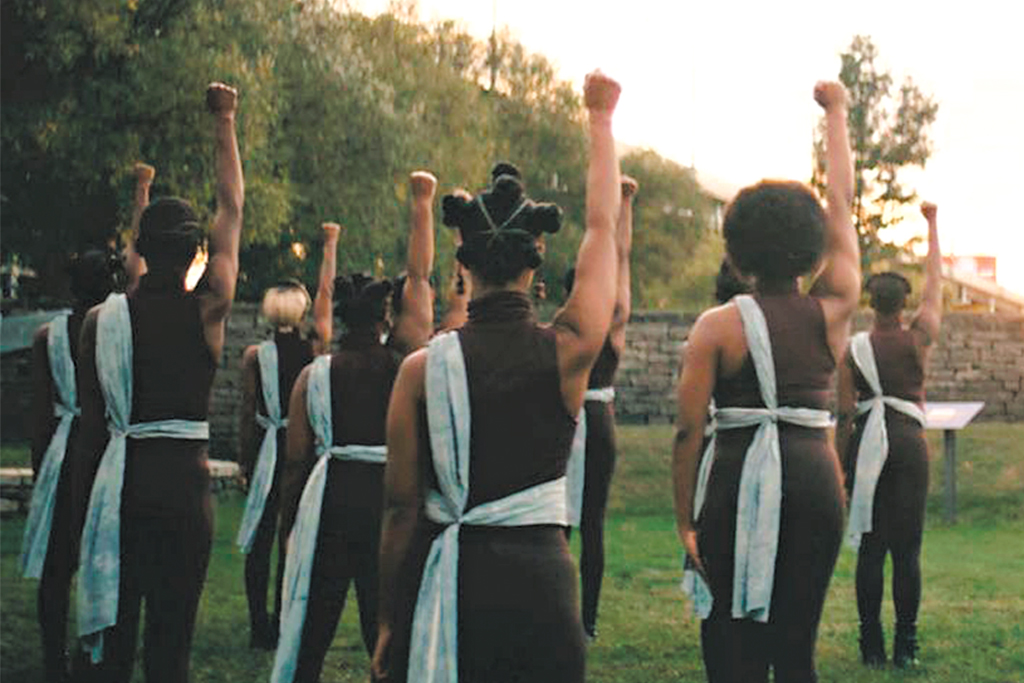 Toronto’s Soulpepper theatre company announced a partnership with Awakenings, a new programming philosophy from the City of Toronto. Awakenings is a series of art projects created by Black, Indigenous and artists of colour for Toronto History Museums, with themes of anti-oppression, anti-colonialism and anti-racism.

Soulpepper artistic director Weyni Mengesha co-directed one of the featured pieces, the short film A Revolution of Love.

According to Soulpepper’s website the piece “follows a young Black woman as she grapples with the histories of her ancestors and the present-day violence ravaging her community and begins to imagine what her future looks like through dance.”

“I think it’s really exciting and unique to have a partnership between the city and a cultural institution in this way,” Mengesha says. “I personally feel so inspired by the fact that artistic institutions and the city are in dialogue together about how to make a healthier city.”

Awakenings is about exploring stories that are not often heard at these sites. She says in Toronto we are often told diversity is our strength, “but it needs to be mirrored in the largest cultural spaces to know that’s actually true.”

“To make our city healthier and to have a city that is not only diverse, but inclusive, we need to go beyond not only celebrating the many communities that we have but actually creating meeting points for those communities to celebrate together,” she says.

Mengesha says the discussion is part of a larger and widespread cultural awakening.

The backdrop of the piece, Fort York, was one of the historic sites that the city was hoping to animate through this project, according to Soulpepper’s Mengesha, who feels the history of the site may at times be overlooked.

“A lot of people walk their dogs there and consider it a dog park,” she says.

Fort York was built in 1793 and was used as the city’s primary harbour defence and military outpost in the late 18th and 19th centuries. Most notably, the fort was the location for the War of 1812’s Battle of York.

Mengesha says the site’s history and relevance were not lost on her: “People fought and died there for their freedom. What does freedom mean now and what are we fighting for?”

Walking into the fort, she asked herself, “In this particular moment, when people are in the streets talking about Black Lives Matter, what is a 21st-century revolution?”

Mengesha says the answer is about working together. “If you listen to the lyrics [in A Revolution of Love] it’s about weapons of mass construction,” Mengesha says. “It’s about organizing together to call out for justice and love.”