Is Toronto running out of room for artists? - Streets Of Toronto
Skip to content 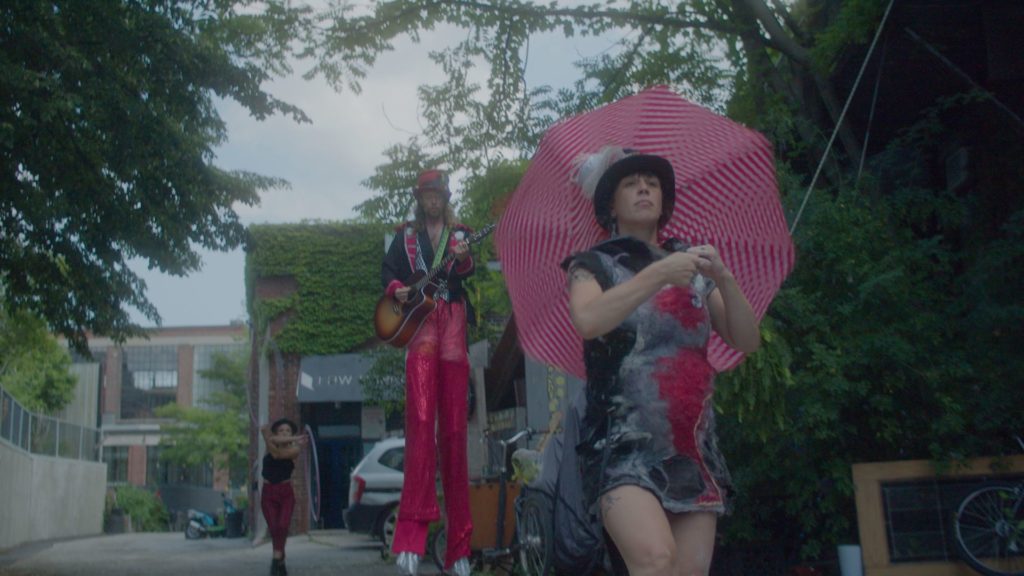 “The owners of an old west-end factory loft building have a pest problem, and they’re stopping at nothing to exterminate it. The downside for residents is that they’re the pests.”

These rather brilliant two sentences are from an article penned by Paul Terefenko is from a story on the Sterling Loft Studios that appeared in Now magazine circa 2008.

Although the Lofts didn’t succumb to forced pest removal back then, it seems the exterminator is back, and this time, it’s a condominium developer with a plan for three towers at the site near Bloor and Lansdowne.

Real estate prices have skyrocketed over the past decade with no signs of slowing down, and that’s tough for the city’s artistic community, many of whom have left Toronto to create elsewhere. And that’s not good. A thriving cultural scene is one of the reasons this city is beloved. Take that away and what distinguishes it from Anyoldplace, Ontario?

Places like the Sterling Studio Lofts are important on so many levels, not the least of which because they offer spaces where artists can live and work, creating everything from budding circus artists and dancers to woodwork.

An eclectic community of local artists and creatives still live and work in the unique Sterling Studio Lofts. The affordable units allow these Torontonians to hone their crafts and contribute to the city’s art scene, but the newly proposed condominium development could throw a wrench into their plans for the future.

Some residents are fighting against the development to try and save the community space that they have created.

The Sterling Studio Lofts are nestled just behind the Museum of Contemporary Art on an industrial road that is also home to coffee houses, brewing companies, and a chocolate factory.

The scent of chocolate wafts through the air as one walks towards the live/work spaces that house a community of local artists and creatives. Rounding the corner, woodworkers sand down pieces, dancers leave studios, and a sign from the City of Toronto announces that a change is proposed for this site.

The proposed development would transform the three buildings that house these artists’ live/work spaces into three condominium towers. The proposal states that 33 replacement units for the current residents would be provided in the towers’ total 892 units and that a new public park will be built.

But, the reality is, that is years from now and will require relocation for a long period.

Although not considered a heritage site, the building has historical value as it was once a munitions factory.

TRNTO caught up with Sterling Lofts tenant, actor, and circus performer Zoe Georgaras and Canadian film director and screenwriter Kristen McNaule to discuss the changes. The two friends are collaborating on a documentary about the artists’ community at the Sterling Studio Lofts site.

“The project is about humanizing the building and like, the people there — people live there. This is what they do. It’s also a place for developing emerging talent,” McNaule says.

“Also, Zoe’s my friend and I don’t want her to be homeless. So, you know, there’s a personal connection to it there, but also on the broader side of things, Toronto is really losing its ability to foster new creative talent,” she adds.

Although the development proposal notes that it will accommodate replacement rental units in the new towers, this doesn’t account for many factors, such as accessibility and the community element. Additionally, the proposal currently only accommodates residents, which excludes Georgaras, who is renting under a commercial lease and is currently going through the process of applying for residential status.

The proposed development states that it will provide rental units of approximately the same square footage for current tenants of the Sterling Lofts, but as McNaule quickly points out that, “not all square feet are created equally.”

For example, Georgaras also points out that one of the current residents has a unit of 400 square feet, but with extremely high ceilings. As a peg stilt performer, she’s able to use and store her stilts in the space, which would not be possible in a condominium. Georgaras also notes that condominiums would not have the proper ventilation or large outdoor space access necessary for the woodworking businesses currently within the Sterling Lofts.

McNaule says, what makes the hub so unique is the community that the artists have built over the years in the Sterling Lofts, and that’s what would be lost in the transition to condominiums.

“The trapeze artist keeps one of her huge devices in the woodworking studio. So everyone shares […] if they don’t have what they need, someone else probably does,” she says.

“Whereas if you separate all of those people, […] that no longer becomes an option.”

According to Georgaras, the proposal also doesn’t address the impact of displacing the current tenants during the construction process.

“They’re not giving any promise that they will be able to replace their live workspace and then even if they were able to, where do they go for one or two years while these buildings are being made?” she says.

A preliminary City Council meeting to discuss the proposed changes is set tentatively for Sept. 22. Coincidentally, the rough release date for the documentary is this fall, says McNaule.

“In addition to the immediate hope that we can use it to garner attention about this specific building, it’s also about the kind of challenges artists are facing everywhere. It’s sort of like a universal thing,” Georgaras says.

“Culture is going to die. That’s just what’s going to happen if you shut everyone below a six-figure-a-year income out of [Toronto] — and that’s what’s happening.”

Affordable housing in Toronto is scarce, with wait times for subsidized housing ranging from 7 to 13 years. Prices for commercial real estate are also rising, with statistics from the Toronto Regional Real Estate Board showing a 2021 lease rate of $19.88 per square foot compared to $17.31 in 2020. With that average, it would cost $23,856 to rent a comparable 1,200 square foot commercial unit.

Georgaras says one of the goals for the documentary is to educate and enlighten city administrators on what a special and unique place the Sterling Studio Lofts is, and why it is essential for the greater artistic community that the City understand what is at stake.

“We want to really show the city councillors and the city planners that we are a dedicated, thriving, artistic hub for the city that holds cultural heritage and importance,” she says. “We connect with the people around us — that we should stay. We already support the growth of the city and that we do not need to be displaced for three towers.”

“This would be a huge loss, not just for the people that live here, but for the whole city. This documentary is really gonna highlight the individuals that make this space beautiful and showcase the beauty and cultural heritage and significance and history at the lofts.”

“It’s a love letter to the space and almost like the final frontier of live-work artists, cultural hubs, insurance. I mean, it might be the last of its kind in the city.”

One of the more recent residents of the Lofts is Pia Bouman and the Pia Bouman School for Ballet and Creative Movement.

The school moved to the space in 2019 after its previous Parkdale location was also displaced in favour of a condominium development. It is a charitable not-for-profit school, with approximately 10 percent of its students attending through bursaries.

Bouman argues that the development would make it difficult for the creative community to continue in the area, explaining that the developers provided, “no plans to actually really enhance it with planning that is attractive for the people who actually live here.”

“Interaction infrastructure, the ability to go with your ballet class to look at an exhibit at the MOCA or to make a cultural exchange, has totally fallen away or will fall away,” she says.

Bouman says she understands development must happen, but she believes there needs to be a strong community plan for the current tenants, which she hasn’t yet seen from the developers.

What does the development proposal mean right now for the Pia Bouman School for Ballet and Creative Movement?

The Sterling Studio Lofts are much more than just viable real estate, as Bouman explains. “It’s like a village in a city, or even that doesn’t cover it. It’s just a beautiful community of creative people who don’t ask for much. They don’t live in luxury apartments. They just make do, but they follow their heart.”

It’s unclear what the community will look like without the cultural hub that the live/work spaces provide, but it looks like it could be another cultural loss for the city of Toronto. It doesn’t have to be. If your city includes artists, let your city councillor know that you expect them to find solutions.