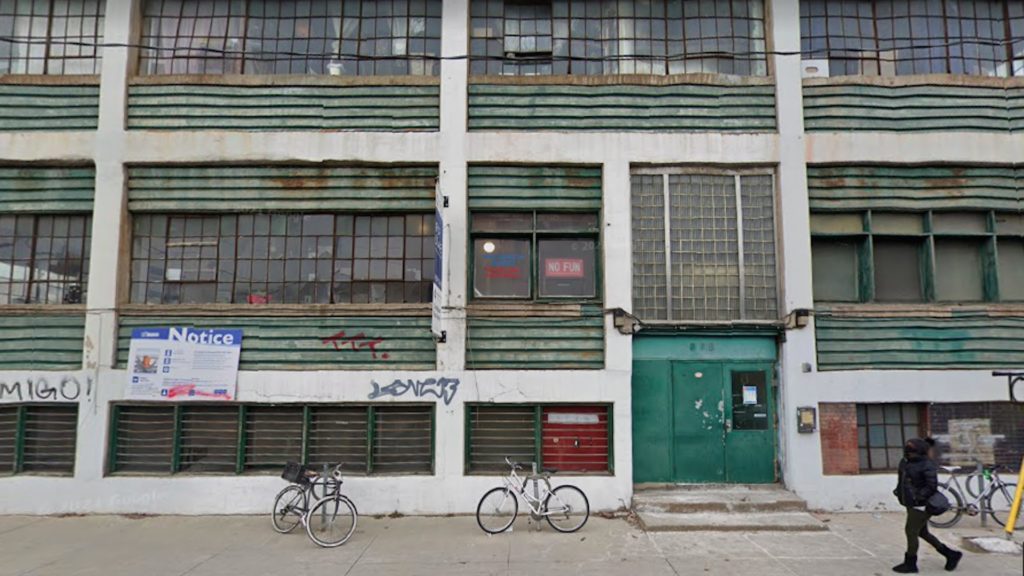 After three years working at a warehouse at Dupont and Ossington in Toronto’s west-end, photographer Lindsay Duncan suddenly has no studio. In early October, up to 50 artists, and working creatives were evicted from 888 Dupont St. to make way for a new development at the site.

While the eviction wasn’t a surprise — developer TAS had given 90-days notice — that still doesn’t make the loss any less difficult for Duncan or the other tenants.

“It was the last somewhat affordable space in the city,” she said. “There were jewelry designers, other photographers, musicians, and people who needed things to do their work.”

She was one of the last people to leave the building and spent some time taking pictures, soaking in its decades-long role in Toronto’s arts scene.

“It has a long history of being an unofficial live workspace that really provided for a lot of people,” she said.

In its place, TAS is proposing a 13-storey mixed-use building with 136 residential live-work units — 13 of which, or 10 per cent, would be “affordable” units set at 80 per cent of Toronto’s average market rent.

That won’t be enough to accommodate all those who were working in the old warehouse, though.

When news spread of the eviction in July, Duncan said there was “panic” among the tenants over where they could move to and potentially having to pay double their rent elsewhere.

That threat of higher rent is something Duncan and other artists are all too familiar with, having already lost a studio previously that raised the rent 300 per cent, she said.

“I don’t suddenly make 300 per cent more overnight, so I had to leave,” she said. “I don’t want to have to charge my small business clients more, because that drives their costs up as well. And we’re all coming out of a really rough time.”

Duncan is not sure where she’ll go now and said many of the other tenants are in a similar situation given the unique needs of their work, such as an open studio space for photography, in her case.

It is a familiar story in Toronto as more spaces in warehouses and older buildings used by artists are gobbled up by condo developers. This, even as Mayor John Tory launches ArtworxTO, which is part of the City’s new 10-Year public art strategy.

Local councillor Mike Layton said that the city is continually losing affordable spaces for artists and it has been ongoing for years, from Yorkville to Queen West to Kensington Market.

‘The market drives a lot of this and the market is looking for the highest and best use and that, unfortunately, ignores a need that the city has for affordable studio space,” he said. “The city’s power to actually compel people to build certain spaces is very limited … It’s not a limit we self-impose, it’s limited by the Planning Act,” which is provincial legislation.

Layton said that protections created for rental units do not extend to commercial ones, such as a bylaw that requires developers to replace residential units.

That leaves Duncan and those working at 888 Dupont out in the cold, for now.

For her part, she wants to see the city do more to protect artists.

“This building is a symptom of a bigger issue,” she said. “I don’t know who’s in charge of the long-term planning of how we want the city to look, but they’re failing.”