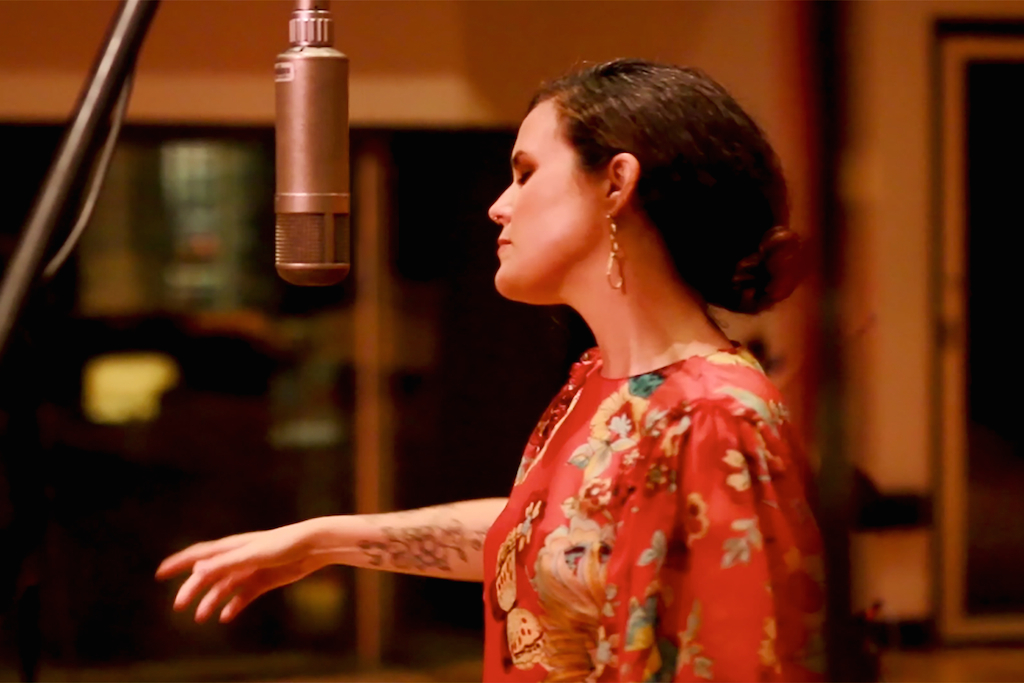 On Sept. 22 in Renfrew County, Ont., a man brutally murdered three women, ex-partners. It was the worst case of domestic violence in the history of Canada, and baritone Joshua Hopkins’s sister Nathalie Warmerdam was one of the women.

Hopkins began a journey to use his exceptional voice to raise awareness of this epidemic of gender-based violence, and he found two willing collaborators in opera and art song composer Jake Heggie and acclaimed Toronto writer Margaret Atwood.

Together, they have created Songs for Murdered Sisters, a set of eight songs conceived as a chamber piece for vocal and piano as well as a fully orchestrated piece.

“I have known two women who were murdered, both by jealous former romantic partners, so the killing of Joshua’s sister resonated with me,” Atwood says. “But I could not promise anything: with songs and poems, they either arrive or they don’t. I then wrote the sequence in one session. I made the ‘sisters’ plural because they are indeed – unhappily – very plural. Sisters, daughters, mothers. So many.”

Although the original live premieres in Houston and Ottawa have been postponed due to COVID-19, the remarkable work is available now via an accompanying film released last month and a digital album scheduled for March 5 to align with International Women’s Day the following Monday.

Hopkins says he hopes that sharing this harrowing story through song will inspire other voices ­– of all genders – to take up the call in the future.

For more information, go to Songsformurderedsisters.com.

This month, TO Live, the city’s arts program, presents the last installment of The Journey by renowned illusionist, mentalist and performance artist Scott Silven, a unique, immersive and interactive production in which Silven invites intimate groups of 30 into the world of his childhood home in Scotland, where a power of place and connection takes audiences on their own journey of discovery.

According to show information, Silven, who performed at the city’s Luminato Festival in 2018, uses “audience participation to weave a spellbinding story that leaves you wondering how did he do that?”

Silven has more than 15 years of experience performing at some of the world’s most exclusive events and theatres.

For ticket information, go to Tolive.com.

One of Canada’s most gifted songwriters Tamara Lindeman, a.k.a. The Weather Station, has released a stunning new album entitled Ignorance.

The new album was released last month, and she plays a live stream concert on March 11.

Ignorance, Lindeman’s fifth album, was written back in 2019 and slow to release, thanks to a global pandemic. It’s a touching and thought-provoking work that shows the evolution of an artist in, at times, startlingly full control of her creative vision.

The songs drip of private thoughts made public, not always willingly so. Her critiques of capitalism on “The Robber” and her hesitant yet powerful foray into the climate crisis debate are unique and riveting on songs such as “Atlantic,” upon which she sings, “Thinking I should get all this dying off of my mind, I should really know better than to read the headlines. Does it matter if I see?”

Lindeman says she wrote much of the work in the winter of 2019 and the climate crisis was top of mind.

“The deepest emotional experience I had that winter,” Lindeman says, “was reading the IPCC special report on 1.5 degrees.… Nobody believes me when I say that.”

This is easily one of the best albums of the year thus far and shows a dynamic new range for one of the country’s finest artists.

Find out more about the concert and this album at Theweatherstation.net.

This month, the Factory Theatre is premiering You Can’t Get There From Here, a series of audio theatrical dramas set to get underway on March 25 and run until April 22.

All of the dramas, which are available online for free everywhere podcasts are available, including Spotify, Apple Podcasts and Google Podcasts, are set in and around Toronto neighbourhoods and familiar landmarks. Canadian playwrights participating in the new works are Anusree Roy, Matthew MacKenzie, Yvette Nolan, Keith Barker and Luke Reece.

Go to Factorytheatre.ca for show information.

The Stars is a reimagination of her album acākosīk and features new arrangements (by Darren Fung) of six songs with iskwē accompanied by a trio of piano (Michael Shand), cello (Mariel Gonzalez) and violin (Laura C. Bates), recorded live off the floor at Revolution Recording in Toronto, and a dramatic orchestral reimagining of “Night Danger (Lovers Mix)” recorded with the FILMharmonic Orchestra (Prague).

Where acākosīk, originally released in November 2019, demanded our attention, The Stars invites us into an emotional and soulful experience with iskwē.

The Stars will be released digitally on March 5, 2021. To celebrate its release, iskwē will appear at a special evening presentation on March 4 where she will be joined by artist Matisse from Keys N Krates for a performance at Toronto’s Revolution Recording.

For more information, go to Iskwe.com.