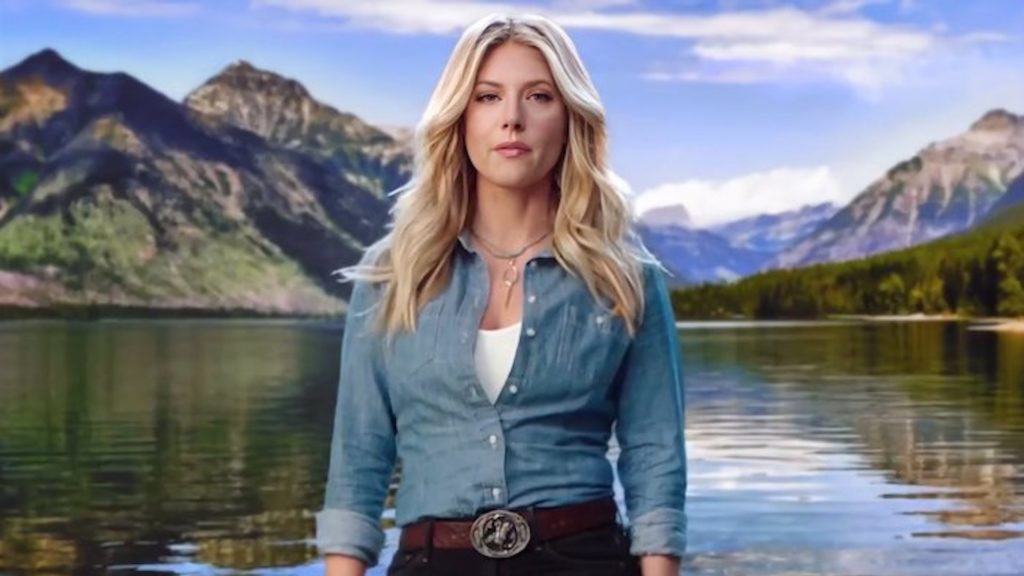 Toronto-born actor Katheryn Winnick, known for her starring roles in Vikings and Big Sky, recently announced the launch of the Winnick Foundation in an effort to help refugees in Ukraine.

Winnick, who is of Ukrainian descent, confirmed in the March 23 issue of The Hollywood Reporter (THR) that she teamed up with her mom to launch the foundation to raise funds for relief efforts in Ukraine, noting that it’s important to help those on the ground and continue to fight this.

“When the first bombs began to fall on Ukraine, my friend, President Zelensky stood in the face of aggression and became the voice of a nation. When asked by allied countries if he wanted a way out, he replied, “I need ammunition, not a ride,” the actress wrote on the foundation’s website.

“Weeks into this horrific war, President Zelensky has kept his promise to stay and defend Ukraine. But millions of Ukrainians are desperate. They need food, water, blankets, medicine, and other basic supplies to survive the ongoing aggression.”

“As someone of Ukrainian heritage, I knew I needed to do something. By donating through The Winnick Foundation, your contribution will help to provide the things #ZelenskyNeeds to help the Ukrainian people until this humanitarian crisis comes to an end.”

Donations through The Winnick Foundation will go directly to help the people still in Ukraine and those that have fled the violence.

The actress told THR that she’s in touch with Ukrainian President Volodymyr Zelenskyy’s team on a near daily basis, and it’s heartbreaking to see what’s happening.

“I can’t believe that we live in a century where innocent men, women, and children are getting murdered right before our eyes.”


In a video posted by ET Canada, Winnick spoke about how she recently visited Ukraine (a few months prior to Russia’s invasion of the country) to celebrate the 30th anniversary of its independence, and how she felt horrified when Ukraine was attacked.

“It’s horrible what’s happening. I am heartbroken, I am horrified, I am disgusted, I am devastated, in seeing what is happening to our innocent civilians,” she said. “We’ve been fighting this war with Russia for many years now and we’ve always held our ground, but never did we ever imagine that we would get [so] violently attacked.”

In late February, Russian President Vladimir Putin launched a military operation in Ukraine, by land, sea, and air, in what’s being considered the largest attack on a European state since the Second World War.

As of publication, an estimated 3.7 million refugees have left Ukraine, while an estimated 6.5 million people have been displaced within the country.

Click here for more information on donating to The Winnick Foundation and here for other ways that you can help support Ukraine right now.