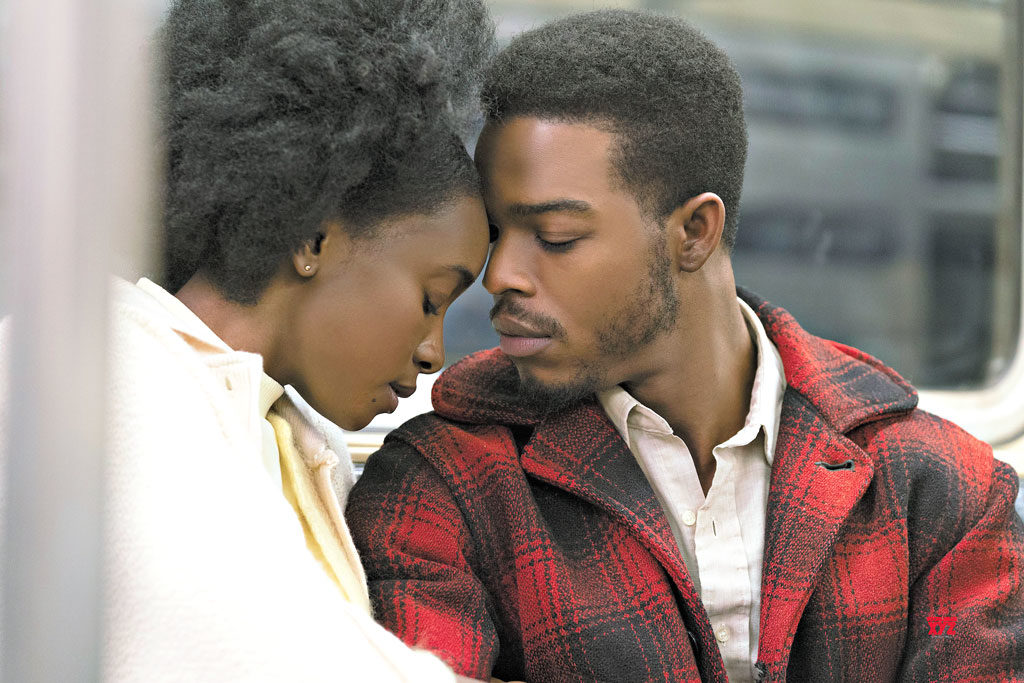 For 10 days each September at the Toronto International Film Festival (TIFF), thousands of miles of film unspool, movie mavens push the limits of their endurance to take it all in and movie stars decorate red carpets. The festival is more about celluloid than celebrities, however. Here’s a look at some interesting titles from this year’s crop (playing from Sept. 6 to 16).

From Toronto documentary director Ron Mann comes Carmine Street Guitars, the story of one of the world’s great guitar shops. The film documents a week in the life of the legendary Greenwich Village store, its master guitar builder, Rick Kelly, and his apprentice Cindy Hulej. The pair make handcrafted guitars using salvaged wood from historic New York buildings, “the bones of the city,” for the likes of Bob Dylan, Lou Reed and Patti Smith.

Through Black Spruce stars Tantoo Cardinal, Brandon Oakes, Graham Greene and Tanaya Beatty in a story about the disappearance of a young Cree woman. When she goes missing it causes ripples in Moosonee — her northern Ontario hometown, where a drug dealer, convinced she is alive, hassles her family for information — and Toronto, where she worked as a model. Based on a novel by Joseph Boyden, who was not involved in the production, the film’s dual setting allows a deep dive into themes of Indigenous identity.

After shooting Handmaid’s Tale in Ontario, Mad Men star Elisabeth Moss returns to Toronto with the film Her Smell. She plays Becky Something, a self-destructive punk rock singer whose wild lifestyle alienates everyone around her, bandmates and audience included. As her band’s success slowly slips away, she watches as other bands, including the Akergirls (featuring Cara Delevingne as their singer) and a former friend, become megastars in this redemptive rock ’n’ roll story.

I’ve Heard the Mermaids Singing director Patricia Rozema returns to TIFF with Mouthpiece, an adaptation of an award-winning two-woman play by Amy Nostbakken and Norah Sadava. In this highly original look at how the main character, Cassandra Haywood (Nostbakken and Sadava play two sides of the same woman) tries to express grief over her mother’s death, Rozema utilizes drama, musical numbers and wild humour. Julia Roberts and Lucas Hedges star in Ben is Back

Specializing in genre films, Midnight Madness is TIFF’s tip of the hat to horror and subversive art. Among the 10 films, which are “guaranteed to either terrorize or mesmerize,” is In Fabric, a ghost story starring Oscar nominee Marianne Jean-Baptiste and Gwendoline Christie. It is described as a “haunting phantasmagoria.”

Joel Edgerton is best known as an actor, but when he isn’t appearing in films like The Great Gatsby or Red Sparrow, he’s behind the camera as director. His latest film is Boy Erased, based on a memoir by Garrard Conley. Lucas Hedges plays Jared, the 19-year-old son of a Baptist pastor in a small American town. Outed to his parents (Nicole Kidman and Russell Crowe), he is offered a choice: attend conversion therapy or be shunned.

After making a giant splash at TIFF two years ago with Moonlight, which went on to win the Best Picture Oscar, director Barry Jenkins returns with If Beale Street Could Talk. Based on the James Baldwin novel, it stars KiKi Layne as Tish, a pregnant Harlem woman facing an uncertain future as she tries to prove her fiancé innocent of a crime. This 1974 period drama is a story of desperation, love and justice.

Denis Arcand was inspired to make The Fall Of The American Empire — the thematic sequel to his Oscar-nominated The Decline of the American Empire — by a 2010 murder in an Old Montreal boutique. This story of a man whose life is changed when he finds two bags stuffed with money after an armed robbery examines the importance of money and status in a world where other values have been diminished.

Ben Is Back happens over the course of 24 hours during the Christmas holidays. Lucas Hedges plays the title character, a prodigal son who returns home to his parents’ (Julia Roberts and Courtney B. Vance) suburban place on Christmas Eve. He brings with him some troubles that test his mother’s love, as she does what she can to keep him and her family safe. Hedges and Kathryn Newton were both at TIFF last year, co-starring in two films, Lady Bird and Three Billboards Outside Ebbing, Missouri.