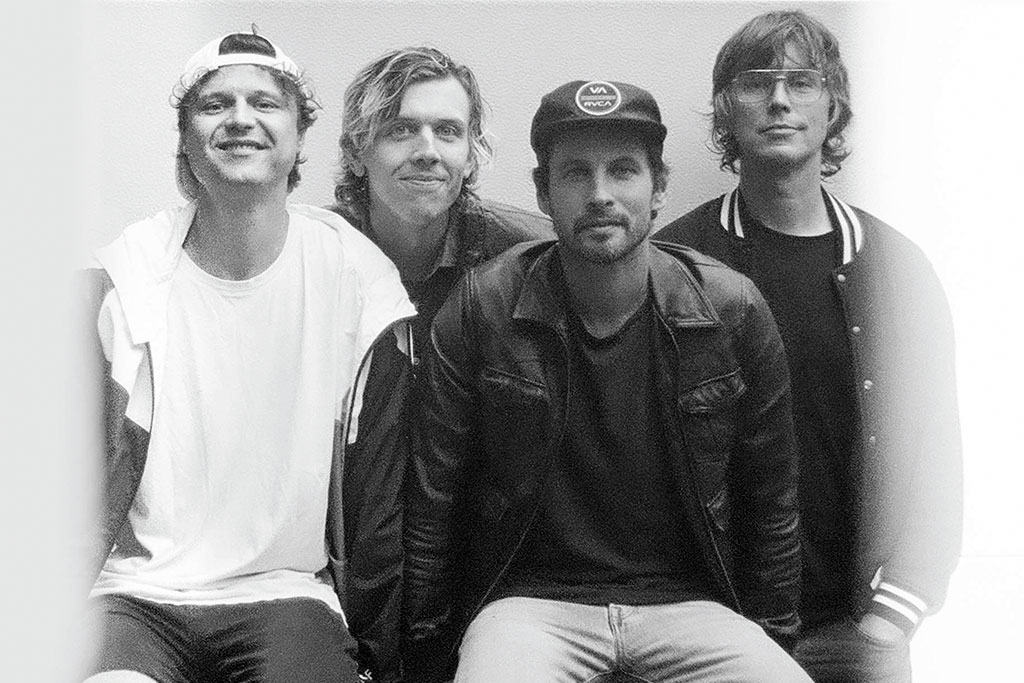 The band, which consists of Sam Roberts, Menno Versteeg of Hollerado, Dave Monks of Tokyo Police Club and Chris Murphy of Sloan, is set to release a new album and has a massive show at the Horseshoe Tavern on Jan. 17.

“We’d always tour together and became road friends,” says Versteeg, who is releasing the album on his label, Royal Mountain Records.

“We shared a mutual love of the Traveling Wilburys and thought it would be fun to make a no stakes album of three-chord songs. One day I was bored, called Sam up, and he was sitting in the bathtub, likely very relaxed and very agreeable. I asked him and he said yeah, why the hell not?”

So what should audiences expect from such a road-worthy gang at their Horseshoe debut?

For more information, go to www.horseshoetavern.com

The festival is presented by Toronto Fringe and features the 12 bold new shows interpreting this year’s theme — 20/20 vision — as artists present discussions around politics, bodies, genders, abilities, fears and desires.

A few highlights include the all-Filipina, all-fun comedy show Tita Jokes — a breakout hit of 2019’s Toronto Fringe — returning with new sketches, new songs and a new sixth performer. And in their reimagined clown piece Morro and Jasp: Save The Date, Amy Lee and Heather Marie Annis examine the strength of sisterhood when their duo is upset by a romantic partner.

The festival will take place at the Factory Theatre. For more information, go to fringetoronto.com/next-stage.

Sexual Misconduct of the Middle Classes

The latest from Hannah Moscovitch, one of the most prolific and acclaimed playwrights in Canada, will have its world premiere at the Tarragon Theatre this month.

Moscovitch, who won Dora Mavor Moore Awards for her plays In This World (2010) and Infinity (2015), offers an original take on #MeToo by turning the student-teacher romance on its head in Sexual Misconduct of the Middle Classes.

In the play, an author and professor, wracked with self-loathing after a third divorce, catches himself admiring a student — a girl in a red coat. Turns out the girl is a huge fan of his work. She also lives just down the street, and gets locked out one afternoon.…

The play, which stars Matthew Edison and Alice Snaden, runs until Feb. 2: www.tarragontheatre.com for information.

Laurie Anderson: The Art of Falling

There are few artists as utterly creative and fascinating as Grammy Award-winning composer Laurie Anderson. Her multimedia presentations are daring, challenging and captivating.

In this concert at the Royal Conservatory’s Koerner Hall on Jan. 18, she will perform solo works and in collaboration with her longtime musical partner, cellist Rubin Kodheli. Anderson’s performance is part of the 21C Musical Festival.

Generator is the massive hit show by astronaut Chris Hadfield that curates the most delightful and overlooked talent from around the world whether it be a local comedian or a Cambodian elephant caretaker.

There is good reason for this show to sell out at every turn. It is a unique and powerful experience.

Generator is scheduled for Jan. 10 at Roy Thomson Hall, www.roythomsonhall.com.

The Illusionists will be appearing out of thin air at Meridian Hall this month for five days of daring escapades and feats of magic. The show combines the magical forces of a number of top performers from around the world performing illusions, close-up magic, mentalism and daring escapes. The show offers 10 performances over five days from Jan. 1 to 5.

Go to meridianhall.com for show information.

Acclaimed Canadian band Great Lake Swimmers, led by singer-songwriter Tony Dekker, returns to Toronto on Jan. 25 for a concert at the newly revamped Paradise Theatre. The band’s latest album, The Waves, The Wake, was recorded in the 145-year-old Bishop Cronyn Memorial Church.

Go to www.greatlakeswimmers.com for tour info.

A festival of the freaky

The Something Strange Sideshow Festival, hosted by Toronto mentalist Mysterion features everything from sword swallowers to bearded ladies. What more do you want? Jan. 25 at the Mod Club. Highlights include:

StrangeOrDanger thrill show: Yes, you might witness someone getting shocked by electricity while lying on a bed of razor blades.

Poppa Jimbo: A (not so) bona fide voodoo master showcases some dark dark arts live on stage for your amusement.