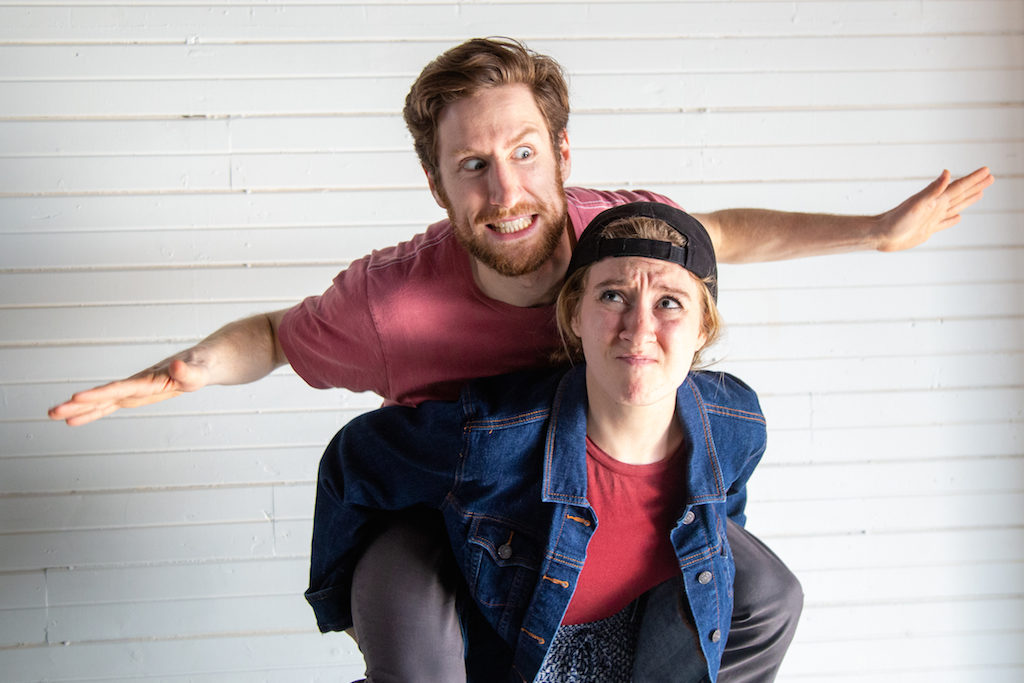 The 31st edition of the Toronto Fringe Festival hosts more than 150 shows this year. The long-running event boasts a wide range of entertainment available for less than the regular price of a movie ticket. This year’s festival isn’t as widespread as last year’s. But it has established a foothold in Toronto’s east end by using the Streetcar Crowsnest as a new location. It’s also more accessible than ever before with a new category celebrating artists with disabilities.

As always, the programming is entirely selected by lottery, so there are no guarantees as to the quality of shows (and there are no refunds, either). But we still have high expectations for much of the festival’s offerings, based on the artists’ past work—and also, look forward to catching some new and unexpected shows that may go far on a good premise. Here are 10 picks (and more honourable mentions), broken down by category (ours, not the festival’s).

Funny goes far at this fest; comedy is by far the largest official category, with even dramatic plays making it their primary descriptor in the guide. This year has a bumper crop of new sketch shows, from the all Filipina stylings of Tita Jokes (award winners at this year’s Toronto Sketchfest), to the feminist underpinnings of Herbeaver, to the non-binary slant in Friendly Fire: The Art and Execution of Friendship, from new troupe The League of Extraordinary People on The Gender Spectrum, which features cast members from past Fringe hits like Generally Hospital and Songbuster. We’re especially intrigued by Woke N’ Broke, a new BIPOC revue that “may contain traces of avocado and millennials”, and is directed by Dora award winner (and Second City alum) Anand Rajaram.

The news that the Spice Girls are reuniting is timely for this new play, which features members of The Sketchersons as a reunited supergroup that can’t even get along for “one night only”. Written by Emily Richardson, it also boasts original music by Second City Toronto musical director Ayaka Kinugawa, who contributes tunes as well to Tita Jokes and the KidsFringe show Boy Vs. Fly. More comedic plays at the fest include Elmar Maripuu’s Moving On, a farce nominally about marijuana entrepreneurship that already had a trial run last November at Alumna Theatre, and Jess Beaulieu’s Emotional Labour, a comedy about unequal opposite-sex relationship work.

Peaches on a Cherry Tree

Another Sketcherson member, Colin Sharpe, had a surprise hit at the 2017 Fringe with Murder In The Cottonwoods, a drama that utilized local comedic performers. His follow-up play centres on a married couple. When Viv is diagnosed as terminally ill, her wife Rose decides to die with her, but their doctor intercedes. More choices if drama is your thing: an adaptation from James Joyce’s Ulysses, entitled Molly Bloom, and a new office-set play by prolific Fringe hit writer Michael Ross Albert, entitled The Huns.

Oddly, very few solo stand-ups take part in the Toronto Fringe, despite the art form being a mainstay at other renowned Fringe festivals in Edinburgh and Adelaide. In fact, two of the stand-up shows at this year’s festival feature comic duos; Comedy Records Presents Jay and Eytan is a double bill of Canadian-born comics now based in NYC, and Habib Siam and Jean Paul co-star in Wha’ ha’ happened was…. Our top pick, though, is Just For Laughs Homegrown winner Courtney Gilmour; the multiple amputee’s Congratulations! is one of the flagship shows for the Fringe’s new Accessible category.

The other big draw at Fringe is music, and especially musicals; much has been made of the fact that Come From Away’s creators Sankoff & Hein started their musical writing careers at the Toronto Fringe. The biggest musicals at the Fringe now marry (lots of) performing arts students with professional composers; Babara Johnston and Suzy Wilde’s Be Kind, Rewind and Steven Gallagher and Kevin Wong’s Drama 101, A New Musical are examples of these. But we also love to root for the small, scrappy, risque musicals, like Laura Bailey’s Clitoria: A Sex-Positive Superhero!, or Evelyn Long and Marley Kajan’s Omen: The Musical, a post-apocalyptic story wherein singing witches attempt to avert further disaster.

Fringe is also a great vehicle for singer-songwriters, especially if they have a firm grasp on the theatrical. Anesti Danelis: Six Frets Under has eight evening residency shows at the Tranzac Club’s Tiki Room; Unbridled Futurism, which we caught an entertaining preview of this spring at the Burdock, features “Captain” Nick Di Gaetano as an inter-dimensional traveller backed up by a live band and video visuals. Musical act Cat and The Queen has previously staged several cabarets around town, and Pump is her latest—and apparently, most autobiographical.

Dance is another art form that thrives at the Fringe, whether that’s a travelling tango duo (Into The Tango) or a local modern dance & movement troupe (I Feel You). The most intriguing dance show description we read actually appears in the program’s “Storytelling” category; Fox Woman features dancer Denise Yao and guitarist Gareth Owen telling a Siberian myth using this Spanish dance form.

With over 150 shows, the Fringe relies on some non-traditional venues: bars (Personal Demon Hunter), swimming pools (Deep End), even an East End front lawn (Cyrano De Bergerac). But the best show and venue pairing this year is Clotheswap, a new show about “the seams of empathy” between women, co-produced by (and hosted at) the Textile Museum of Canada. Patrons can bring clothes to be donated to Sistering and Dress for Success, and each ticket for the show, which features Second City alumna, includes free admission to the museum.

Many of the shows we’ve mentioned already are for mature audiences only (you can always check the Fringe’s ratings below each show in the program for age guidelines and warnings). But the shows at KidsFringe are for all ages, and often feature professional performers who’re taking part in the (low) profit-sharing endeavour to entertain children especially. That’s the case with shows like Gremlin Hour and Boy Vs. Fly, which features Second City and Bad Dog Theatre alumnae in fantastical roles.

And the most mature shows of all… many Fringe shows are difficult to define. How to categorize Mayhem At Miskatonic: A Burlesque Mystery Game? Or Death Ray Cabaret, an improvised musical experience? But of all the genre-defying shows, we think we’re most eager to see Sarah Joy Bennett’s Night Feed; a co-production with CLUNK Puppet Lab, in which an exhausted new mother is plagued by hallucinations of her living room effects coming to life. It has puppets and babies, but it comes with a content warning and a 14 and up label.