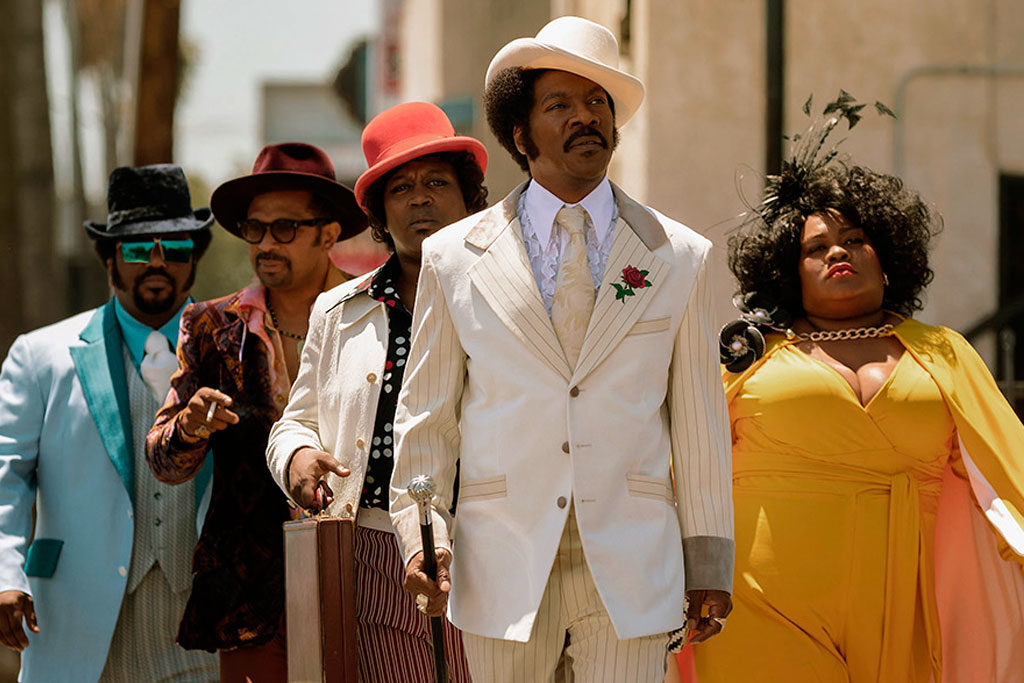 There are a handful of films high on our list for TIFF 2019, from big-budgeted dramas and A-list blockbusters to documentaries and creepy thrillers. Without further ado, here is our roundup of the top titles coming to TIFF 2019, starting at number one:

Once Were Brothers: Robbie Robertson and The Band

The opening night film at TIFF this year is the documentary Once Were Brothers: Robbie Robertson and The Band. Director Daniel Roher says, “Robertson’s tale is a remarkable reminder of how vision, ambition and hard work can empower one’s wildest dreams.”

Dolemite Is My Name

As part of TIFF’s special presentations, Eddie Murphy stars in Dolemite Is My Name, the Oscar nominee’s first R-rated film in 20 years. For more than a decade, he has been trying to produce the true story of Rudy Ray Moore, a struggling comic who became a 1970s B movie superstar under his fast-talking, Kung Fu–fighting alter ego, Dolemite. Directed by Hustle & Flow’s Craig Brewer, the story follows Moore’s attempts at showbiz stardom as a singer, “shake” dancer and comedian before hitting gold with a string of wild blaxploitation films.

Spanish auteur Pedro Almodóvar returns to TIFF 2019 with a film he says is a work of fiction based on his life. Pain and Glory (Dolor y Gloria) stars frequent collaborator Antonio Banderas — they’ve worked together eight times — as Salvador Mallo, a film director reflecting on his past, present and future.

“Deep down, I know I’m talking about myself,” Almodóvar says, noting that the story closely follows his own life path, and Banderas borrowed his wardrobe directly from the director’s closet. Almodóvar says this is Banderas’s best performance ever, and the folks at the Cannes Film Fest agreed, awarding him the best actor prize.

Among the compelling true stories is Citizen K, the latest from master documentarian Alex Gibney. It details the strange story of Mikhail Khodorkovsky, a man once estimated to be worth $15 billion, now an ex-con and martyr for the anti-Putin movement. The 56-year-old now lives in London, England, and has been described by the Economist as “the Kremlin’s leading critic-in-exile.”

One such shiver-inducing movie is Blood Quantum. In this Midnight Madness opening film, Mi’kmaq filmmaker Jeff Barnaby follows up his 2013 TIFF hit Rhymes for Young Ghouls with the eerie thriller. Part horror, part social commentary, it takes place in a world ravaged by the undead except for the isolated Mi’kmaq reserve of Red Crow, where the Indigenous inhabitants are immune to the plague. It was filmed in the Kahnawake Mohawk Territory and Listuguj, Que.

To prepare for Hustlers, a movie based on the true exploits of a crew of former exotic dancers who “turn the tables on their Wall Street clients,” producer and star Jennifer Lopez visited a strip club with her fiancé Alex Rodriguez and rehearsed on a detachable pole she had installed in their home.

“She’s obviously such an unbelievable dancer, but she trained so hard core for this. Pole dancing is not like anything else. It required muscles you don’t know you have,” says director Lorene Scafaria.

This year, TIFF Discovery continues to champion female filmmakers: 54 per cent of selections are directed by women like Ryerson graduate Nicole Dorsey. Her TIFF debut, Newfoundland-set Black Conflux, a psychological drama involving a teenager and a troubled adult, was a finalist in Francis Ford Coppola’s Zoetrope Screenplay Contest.

Perhaps the most ambitious documentary at TIFF 2019 is Women Make Film: A New Road Movie Through Film. At 14 hours, it’s certainly the longest. In five separate installments, it re-examines film history exclusively through the lens of movies directed by women.

Thom Powers says, “I think that the film is going to rewrite film history and how we understand the role of women directors.”

Director Marjane Satrapi first appeared at TIFF with Persepolis, a big screen adaptation of her biographical graphic novels about living in Tehran during the rule of the Shah, the Islamic Revolution and the Iran–Iraq War. She returns this year as the director of another film based on a graphic novel. Radioactive is a biopic of Marie Curie based on Lauren Redniss’s award-winning graphic novel. It stars Rosamund Pike as the two-time Nobel Prize–winning scientist, physicist and chemist. The story of the pioneering discoveries she made with husband Pierre (Sam Riley) was shot in Budapest, sitting in for France, and is TIFF 2019’s Closing Night Gala.