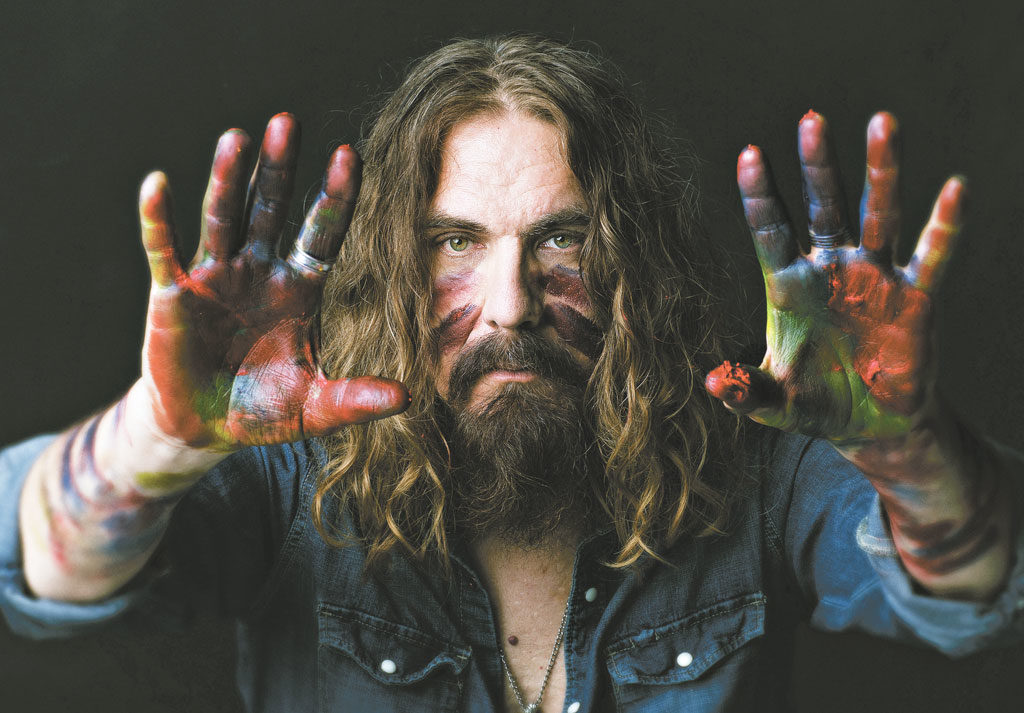 It’s been a long time since the first time I saw Tom Wilson in concert, but I remember two things: one, his incredible voice was so deep and so full of enough emotion that he could move you to tears in one song and absolute outrage the next, and two, he loved to make references to chunks of hash the size of his head. That’s the thing with Wilson, there is no filter. It’s up to us to take it or leave it. Thankfully, we’ve continued to take the incredible talent of Wilson to heart.

Beautiful Scars is the title of the latest album by Lee Harvey Osmond, the moniker bestowed upon his “acid-folk” project, initiated with Michael Timmins of Cowboy Junkies and Josh Finlayson of Skydiggers. And the name couldn’t be more fitting. Wilson has been through it all over the decades and has come out of the darkness like a guitar-toting prophet bestowing pearls of honest and gritty brilliance to the masses.

The figure of Wilson looms large on the Canadian music landscape, and not just because of his sheer size. Wilson seems to have experienced every facet of the business, from the highs that come with success — such as being flown overseas to perform a private concert in a castle — to the other kind of highs that could have killed him. Now, the proud father and grandfather stands as a symbol of tenacity and longevity, thriving in a world of creativity that allows him to basically do much of what he wants, when he wants.

This is Lee Harvey Osmond’s third album, the followup to 2013’s Juno-nominated and Polaris Prize shortlisted Folk Sinner. The album release show is slated for April 7 at the Dakota Tavern.

One of Wilson’s other gigs is with the equally brilliant Blackie and the Rodeo Kings. He also paints, really well, as evidenced by his new mural — an homage to his beloved Hamilton’s musical roots — that was revealed during last month’s Juno Awards festivities. And he’s penning his first book for Random House.

“I do have to be a businessman quite a bit of the time, but I get to be an artist mostly,” he says. “If you put the art first, everything else will follow. It’s a hard lesson for people to learn, especially if you want to be really famous, really successful, really rich. But if you want any of those things, if you want to just make money and want a dental plan, you should go do something else.”

Wilson’s early work with the Florida Razors and then Junkhouse earned the baritone a taste of success. Junkhouse’s 1993 debut album, Strays, produced three hits, including the memorable song “Out of My Head.” There were a few subsequent albums, but none approaching the level of Strays. But Wilson continued to work on his solo career in addition to getting together with Colin Linden and Stephen Fearing in 1996 to form roots and blues supergroup Blackie and the Rodeo Kings, which released their debut album in 1996 and won a Juno Award in 1999 for their album Kings of Love.

It’s been a long time coming, but the estimable Wilson has earned his place amongst the greats of Canadian music by following his own path.

“Understanding who you are is really important,” says Wilson.

“As artists we have to get on a level of communication that is true to the conversation we have across the table over a cup of coffee and a cigarette. The same voice in writing to audiences, in communicating to our grandkids, to our lovers, it’s all got to be the same. As a 55-year-old artist, I’m on that road now.”