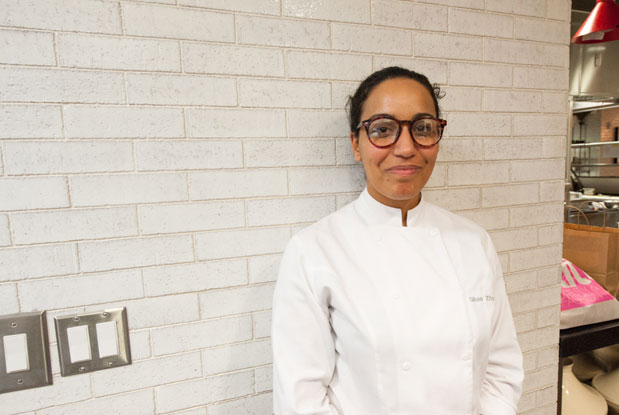 Back in May, we told you about the departure of chef Tom Brodi from TOCA at the Ritz-Carlton in Toronto. At the end of this month, TOCA will relaunch with a new chef who’s looking to add some excitement to Toronto’s dining scene.

The restaurant’s interior remains as sophisticated as before, and its cheese cave is looking happier than ever; the wine list is still curated and poured by sommelier Taylor Thompson; and pastry chef Yusuke Aoki continues to take care of the breads and desserts.

But what has changed is the menu. And the inspiration behind TOCA’s revival is chef de cuisine Gihen Zitouni, a Montreal-native who trained professionally in France and worked most recently in Portugal, in one of the kitchens of Spanish chef Sergi Arola.

The food is influenced by her career abroad, and she describes the concept as “Mediterranean-Canadian with a focus on local ingredients.” The menu will offer items such as B.C. octopus salad, smoked Nova Scotia trout and succulent Niagara black pork rib eye.

The new menu and concept at TOCA will officially launch on Oct. 29. Below, our sneak peek from a recent tasting.