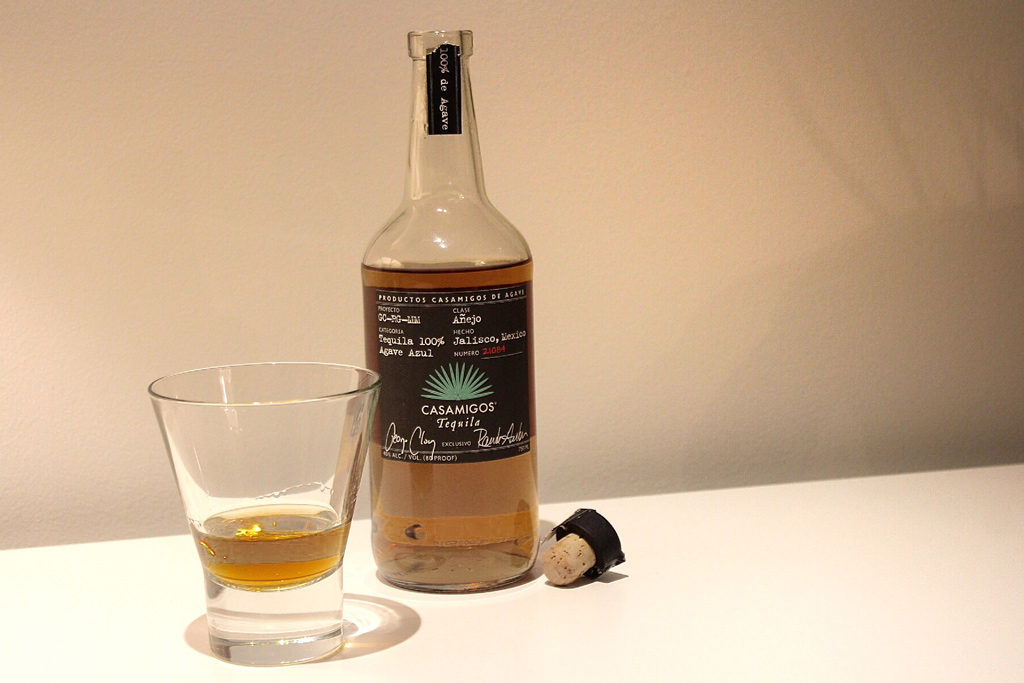 For most people, there’s something vaguely sinister about tequila.

It’s typically not something you’d drink regularly—not a drink you’d request at a cocktail party or something you’d sip all night at the bar—so when someone does propose drinking tequila, it’s almost a sure bet that you’re in for a wild evening. Or, at the very least, a rough morning.

Because tequila, for most, is the stuff of shots. It’s the lubricious elixir of the rowdy bachelorette, the frat-boy rallying cry to extend a night that common sense dictates should have ended long ago. It’s the stuff of fruity blender drinks in excess and it elicits memories of headaches and vicious sunburns.

But why? Why is it that this drink we turn to at the peak of our revelry so often brings on connotations of bad decisions, mornings spent hiding behind big sunglasses, and aloe vera?

Well, the simple reason is that our tequila often isn’t that good.

That is, the tequila we pour into belly buttons or into flavour-masking, ice cold margarita-mix is very often just as bad a decision as the things (and people) we might do after said drink.

Because the tequila most Canadians and Americans drink really isn’t tequila. Often it is really just 51% “tequila,” with sugar distillate, corn syrup, and caramel mixture comprising the other half. As you can imagine, those things contribute pretty heavily to that terrible feeling the next morning.

We now know that, even though virtually any liquid that is at least half blue agave might legally be called “tequila,” it is a waste of time to drink anything that doesn’t boast 100% Agave on its label.

Accordingly, this means there is a growing market for the good stuff. Most certainly that market is firmly rooted in the United States and Mexico, where roughly 90% of the world’s tequila is still sold, but high quality brands have begun to infiltrate the Ontario market, too.

Case in point is Casamigos Tequila. A joint venture between George Clooney (yeah, that guy), real estate mogul Mike Meldman, and Rande Gerber (aka Mr. Cindy Crawford), Casamigos was supposedly created simply from a desire for these three quite rich men to create the best-tasting, smoothest tequila possible so that they might enjoy it for personal use in the homes they all own in Cabo San Lucas, Mexico. They enlisted an excellent distiller from Jalsico, Mexico, sought agave from one of the best regions in Mexico and then, naturally, somewhere along the way, they partnered with one of the biggest booze importers in the world and now the award-winning stuff is available in all 50 states and elsewhere around the world.

Here in Ontario, we are already able to purchase Casamigos Blanco, the crisp, clear expression of the spirit that is bottled shortly after distillation, as well as Casamigos Resposado, which is aged for seven months in American White Oak casks. Soon, we will also be able to purchase bottles of Casamigo Añejo, which is billed as a “super premium” tequila, is aged for 14 months in oak barrels, and to me is shockingly compelling evidence that you ought to start taking tequila seriously.

As soon as you smell Casamigos Añejo, you know this isn’t the tequila of your misspent youth. Complex and understated with soft caramel and vanilla, the nose has layers of oak imparted by barrel aging and hints of subtle toffee sweetness.

So too is the palate surprisingly delicate with notes of toffee, caramel, and salt. The finish is smooth and the overall impression is a light and intricate balance of sweetness and spice. If you’ve never sipped tequila neat, this is the one that will help you understand that it can be so very rewarding.

You can likely expect Casamigos Añejo on LCBO shelves sometime next year but, until then, you can have a taste at select Toronto bars and restaurants, including Rush Lane on Queen West, Valdez on King West, Reposado on Ossington, El Catrin in the Distillery, Copacabana on Adelaide and Eglinton, Playa Cabanda on Dupont, and a half dozen other spots.

You don’t need a tiara to order one, you shouldn’t be ordering it if you’re already so drunk you could be drinking washer fluid, and for the love of god, please don’t pour it into anyone’s belly button. Unless the occasion really calls for it.