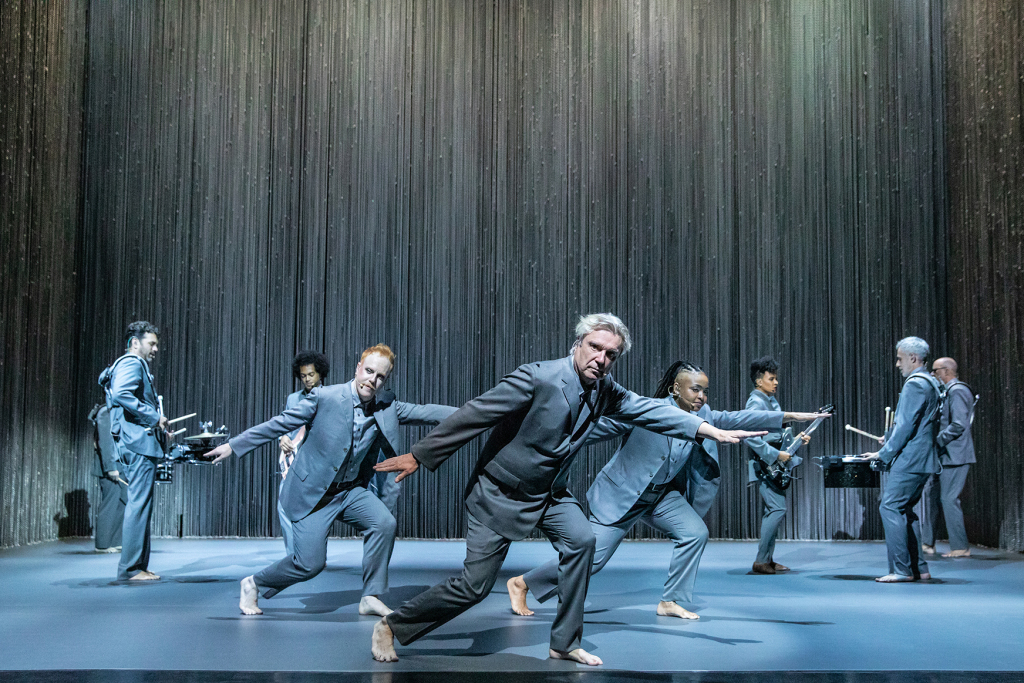 The 45th edition of the Toronto International Film Festival (TIFF) is still slated to run Sept. 10-19 and now it has an opening night film. Today, the festival announced that the Spike Lee-directed film version of David Byrne’s American Utopia concert will kick off the festivities on Sept. 10.

The film documents former Talking Heads frontman David Byrne’s Broadway show, where he performs on stage and shares the spotlight with 11 musicians from around the world, including Toronto’s own Jacquelene Acevedo.

“This joyful film takes audiences on a musical journey about openness, optimism, and faith in humanity,” says Joana Vicente, executive director and co-head of TIFF, who made the announcement today alongside Cameron Bailey, the festival’s other co-head and artistic director. “This is especially poignant at a time of great uncertainty around the world. We’re eager to share the excitement of opening night with audiences.”

American Utopia played at Broadway’s Hudson Theatre in New York City from October 2019 to February 2020. And it is actually scheduled to return to Broadway this fall/winter.

The New York Stage Review, like most others, gave the production a glowing review.

“Life-affirming isn’t a term that should be thrown around casually, but it’s the first one that came to mind as I left a performance of David Byrne’s American Utopia that was interrupted by several spontaneous standing ovations — not to mention audience members dancing at their seats, with the titular singer/songwriter’s encouragement,” writes Elysa Gardner.

Byrne, who has done many spectacular things as a musician with Talking Heads and since the band broke up, is also the subject of another concert documentary that is considered by many to be one of, if not the best ever made in the Jonathan Demme-directed classic Stop Making Sense.

With award-winning filmmaker Spike Lee in the mix alongside creative juggernaut Byrne, American Utopia will certainly have a chance to be in the conversation as well.

“Spike Lee has somehow always been exactly of his moment and ahead of his time,” says Bailey. “With David Byrne’s American Utopia, he brings Byrne’s classic songs and joyous stagecraft to the screen just when we need it. Spike’s latest joint is a call to connect with one another, to protest injustice, and, above all, to celebrate life.”

There was, of course, a warning regarding COVID-19 pandemic and its potential impact on TIFF.
“TIFF continues to work closely with the Province of Ontario, the City of Toronto, and public health officials on the safe execution of the Festival, with its number-one priority being the health and well-being of both Festival filmgoers and the residents of the entire community,” the statement read, in part. “The presentation of TIFF’s traditional in-person film festival will be contingent on the province’s reopening framework to ensure that festival venues and workplace practices meet and exceed public health guidelines.”

Earlier this summer, TIFF announced the 10-day event that would have a lineup that would include both physical and digital screenings of 50 new feature films, five programs of shorts and an online industry conference as well as interactive talks, film cast reunions, and Q&As with cast and filmmakers.