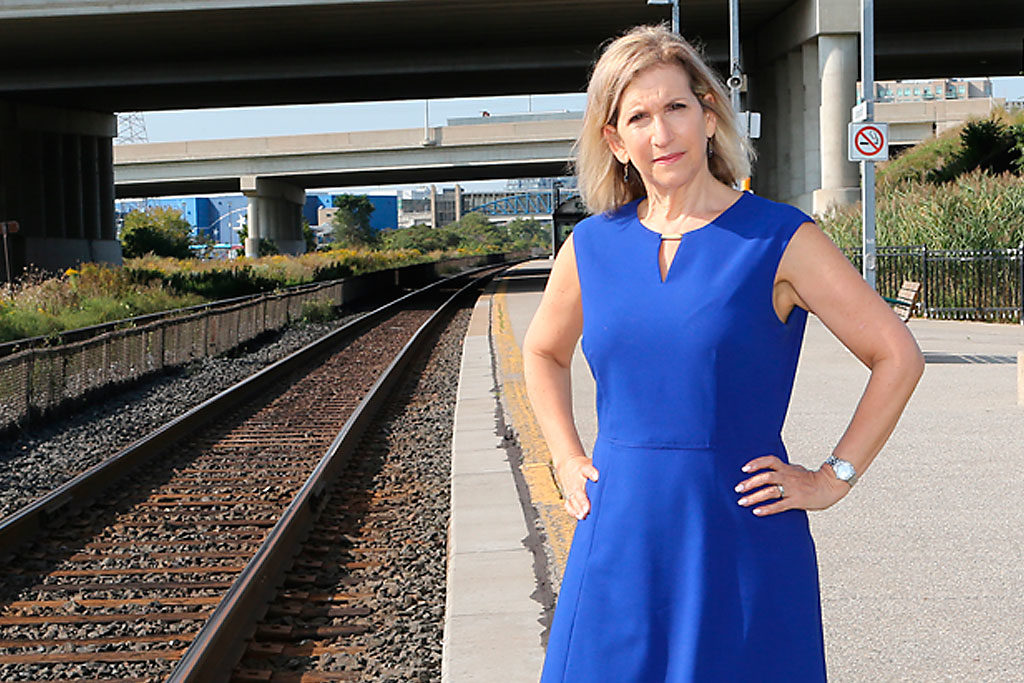 A newly extended GO train schedule in southern York Region has residents and Thornhill MPP Gila Martow calling for Metrolinx and the Ontario Ministry of Transportation to “Stop the Horns.”

The battle boils down to a federally mandated, railway operations rule that requires conductors to blow the train’s whistle whenever it passes a crossing, according to Shanta Sundarason, founder of Stop the Horns, a local residents group. She estimates that horns are being blasted 12-16 times at each crossing.

Sundarason said the conflict between residents, Metrolinx and the provincial government began on June 26, when the new schedule was implemented and the first GO train arrived at 5:30 a.m.

“We were beginning to adjust and live with a certain number of additional trains that had been brought on during the day, but then when they suddenly brought on an 11:15 p.m. train, that’s when everybody’s lives went haywire,” Sundarason explained.

Thornhill MPP Gila Martow has been working with Stop the Horns.

“When they suddenly brought on an 11:15 p.m. train, that’s when everybody’s lives went haywire.”

“There’s nowhere you can live in the riding of Thornhill as far as I’m concerned and be outside when it’s quiet at night and not hear either the clanging or horns,” she said.

In an emailed response to questions, senior Metrolinx representative Anne Marie Aikins said the agency has been in regular contact with concerned residents but stressed, “It is important to move forward with new transit options for Markham residents, including new evening train service.”

The City of Toronto was exempted from having conductors blasting their horns through neighbourhoods through a process of safety enhancements at crossings. Markham is currently undergoing a similar exemption process with Transportation Canada, Aikins explained.

Martow is not opposing the increased frequency of GO trains, but rather the rush in which it was implemented.

“Nobody is against having more trains,” said Martow. “[But] why the heck would you put on the extra trains, especially at 5:30 in the morning and 11:30 at night, if you haven’t upgraded all these crossings?”

In her statement, Aikins said that her team was working “to ensure that the whistle cessation process reaches a prompt and successful conclusion.”