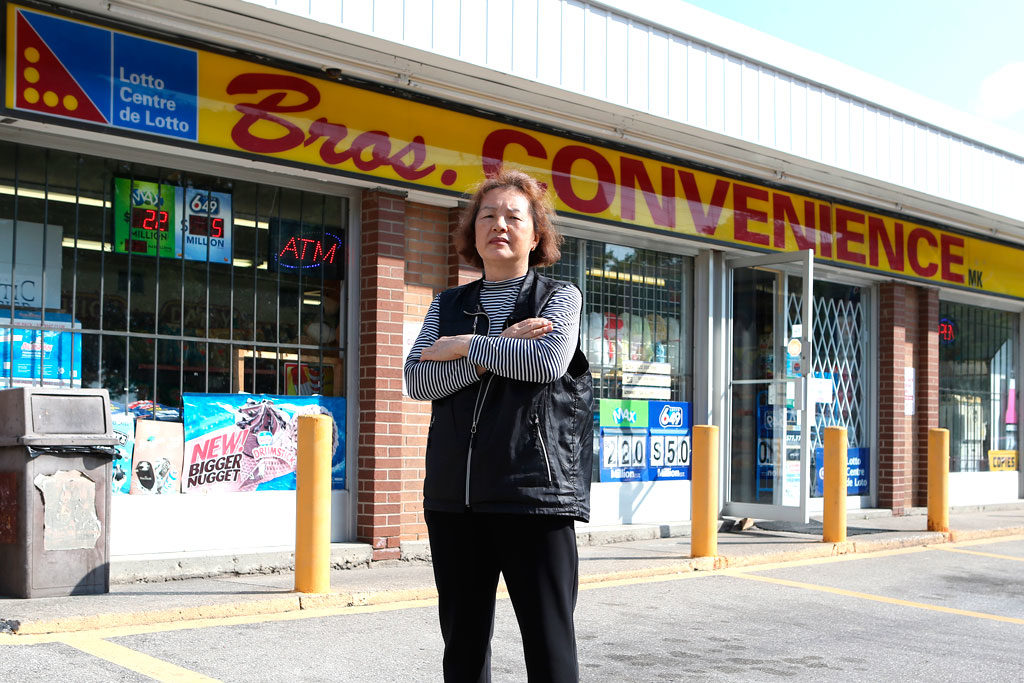 A new campaign initiated by the Ontario Korean Businessmen’s Association (OKBA) kicked off at Bros. Convenience store in Thornhill last month. The Save Our Stores campaign is hoping to rally support for independent convenience stores while protesting several concerns in time for the 2018 provincial elections.

The OKBA hopes to send a message to the Liberal, NDP and PC parties to consider amending current policies it believes are detrimental to the association’s businesses, including the spread of contraband tobacco, skyrocketing electricity bills and increased minimum wage.

According to Don Cha, the general manager of the OKBA, over 500 convenience stores in the OKBA have closed down since 2009.

“I’ve been lobbying [the province] for the last four to five years,” said Cha. “They seem to be listening, but they’re not doing anything.”

Bros. Convenience store has been running for the last 15 years. Hak Yong Kim, who owns the store with his wife, Rusia Seo, said that his main challenge has been with contraband tobacco.

“We have put our life savings into this business, and we are about to lose everything.”

“My cigarette sales went down more than 40 per cent compared to seven years ago because people are buying illegal contraband tobacco,” he wrote in an email to Post City. “When customers stop coming to stores like mine to buy cigarettes, we also lose sales on other products.”

Hak Yong and his wife work 12 to 14 hours every day and don’t have any other employees. According to him, he may not be able to hold on for much longer.

“We have put our life savings in this business, and we are about to lose everything,” he wrote.

A statement from the Ontario Ministry of Finance issued to Post City indicated that they are taking measures to tackle the OKBA’s concerns.

“When it comes to small businesses, such as convenience stores, we have taken a number of steps to improve economic opportunity and competitiveness,” wrote Jessica Martin, a spokesperson for the ministry, “To combat contraband tobacco, our government, along with the OPP, established a dedicated enforcement team to tackle organized crime.”

However, Cha doesn’t feel these are sufficient long-term solutions.

“I know there is a bill to control contraband tobacco, but they’re not moving fast enough,” said Cha. “Whoever comes into power next year, I want them to pay attention to us.”