This VJ with 3.3 million TikTok likes is ushering in the new era of MuchMusic - Streets Of Toronto
Skip to content 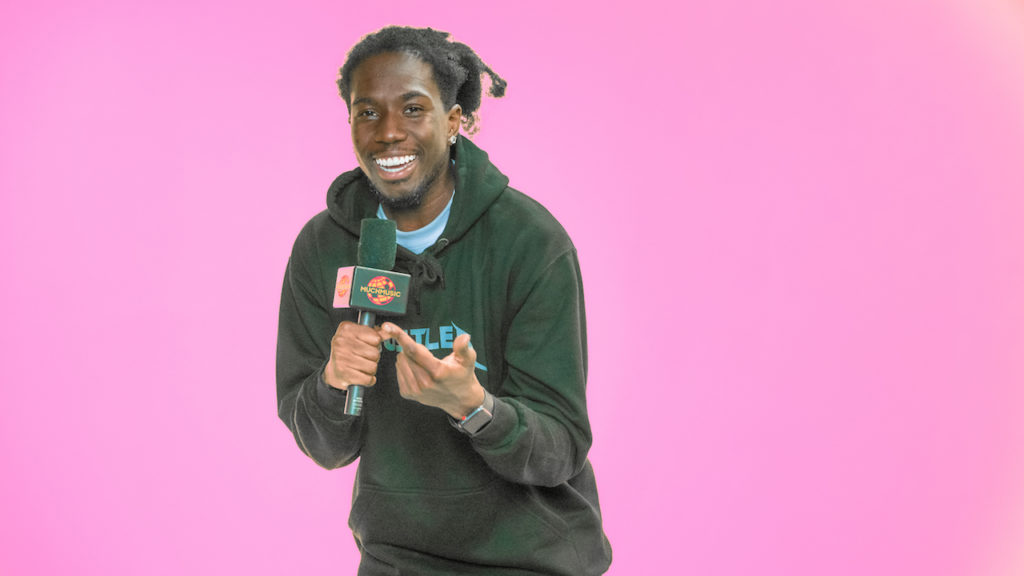 Toronto-born Kwesi Kwarko-Fosu is living a dream he didn’t even know he had. This summer, he was added on as one of the VJs for the iconic Canadian MuchMusic network, which was relaunched back in July. As a VJ, Kwarko-Fosu will be hosting the program’s Intimate and Interactive concert series while also creating content for the network’s multiple social media platforms.

Kwarko-Fosu got the role of a lifetime through his own viral posts on TikTok. He has been on the platform since March of 2020, posting music and relatable Toronto lifestyle content. His videos have gained him 75.2 thousand followers and 3.3 million likes.


But if you had asked him while he was growing up what he wanted to be, his first answer wouldn’t have been a content creator.

“I’ve been creating content for years,” he says. “But it’s funny because you never really think about that as content creation back in the day. You’re just uploading videos to YouTube but never really take it as a career because it wasn’t really seen as a career until recently.”

That’s why being a VJ is different now than it was during MuchMusic’s original run from 1984 to 2011 when the network officially rebranded and dropped the “Music” in its name. Although the content will be much like what we saw in the good ol’ days of the early 2000s, with popular segments like MuchMusic Spotlight, this time MuchMusic will be exclusive to social media platforms instead of on TV.

“It’s the same exact format as it was back in the day,” Kwarko-Fosu says, “just condensed for a new generation. There’s so much information that we consume so fast nowadays, especially for youth. We don’t know if they’ll stay tuned in for an hour-long show.”

Kwarko-Fosu recalls growing up on the original MuchMusic network, where he particularly enjoyed episodes of RapCity battles and Video on Trial. Now that he’s creating his own content, he still can’t quite believe it.

“I never thought I would be in this position,” he says. “You watch it back in the day and think they’re so cool for doing that — and then boom.”

At the same time, while attending high school at York Mills Collegiate, Kwarko-Fosu was creating content without knowing what content creation was. He recalls making viral dance videos like the trendy Moving Like Bernie dances. In the days before TikTok, Kwarko-Fosu was making six-second clips on Vine and reacting to music videos on YouTube. He says he got up to 24,000 subscribers before his account was shut down.

Even while attending the University of Toronto, Kwarko-Fosu organized and planned a school-wide production of the Harlem Shake dance for a YouTube video.

He says he’s excited to get out and work in the studios once the pandemic restrictions lift.


“We’re only at 10 per cent of our potential right now because we’re working from home. So once we’re able to get real access, we’re going to get crazy videos and crazy interviews. I’m excited. I’m just very excited.”

Kwarko-Fosu will be hosting the Intimate and Interactive concert series, a 30-year-old program, which will include a lineup of performances from iconic Canadian artists. The show will be featured on MuchMusic’s Tik Tok account, which has become the number 2 most followed Canadian brand on the platform.