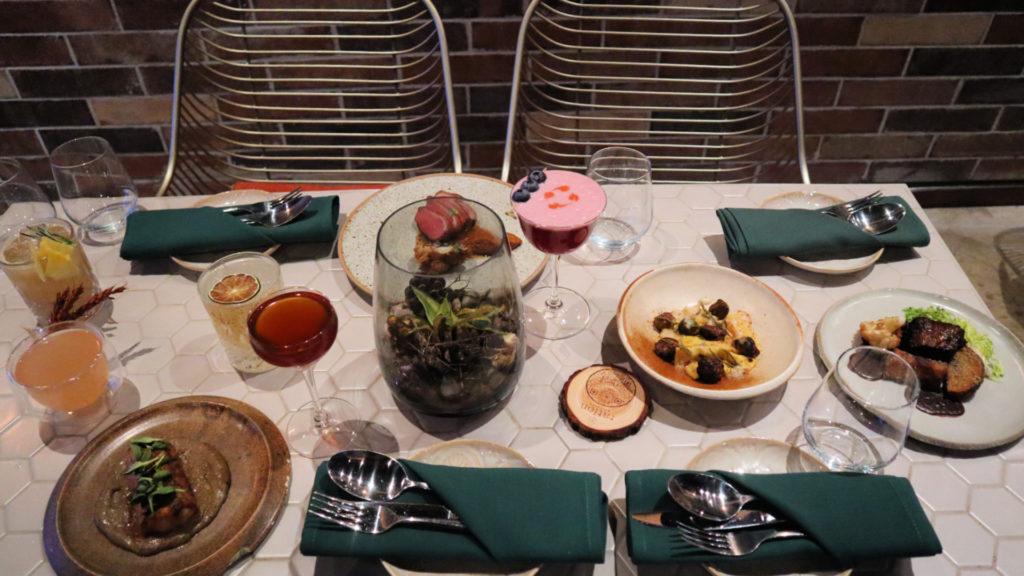 After taking over the Beverley hotel’s ground floor restaurant space in 2020, the trio behind the group – Wes Barber, chef Jef Edwards and Chris Nguyen – launched several takeout-friendly concepts, including Ration Burger and Ocaso Tacos, during the pandemic. “We sort of ‘became’ during the pandemic so we’re natural pivoters,” says Barber.

Experimental food has always been a focus for the Ration team, and the brief reopening of indoor dining has allowed them to fully realize their boundary-pushing menu ambitions with Ration: Beverley. 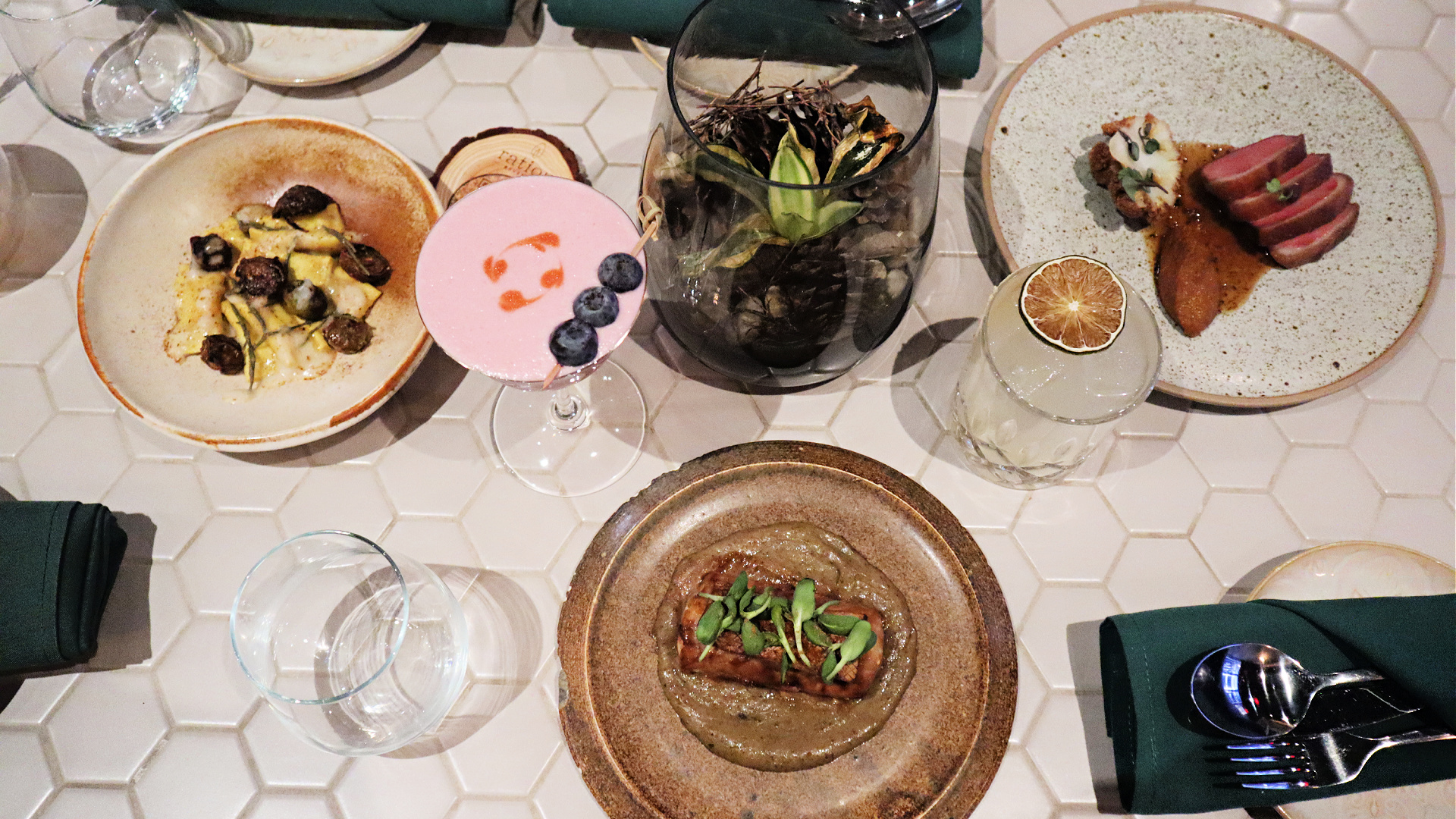 The group’s name “Ration Food Lab” is more than just branding, with the team continuously researching new techniques in their basement testing facility. “We’ll cook an egg 300 different ways to see what happens with different temperatures and different times,” explains Edwards, as an example. “Then we take the best quality and the best applications and we put them on the plate.”

The menu at Ration: Beverley aims to channel the way food was prepared and enjoyed in Canada prior to colonization. The result is an emphasis on ingredients native to Canada and cooking that incorporates preservation techniques like fermentation, smoking, curing and pickling. “It’s a really amazing way to create dynamic flavours out of a product that’s very familiar,” says Edwards of fermentation.

The team goes on foraging trips at least twice a week in areas like Aurora and the French River. Naturally, this means the menu at Ration changes seasonally. “We celebrate three seasons: spring-summer, late summer-fall and then winter,” says Edwards. “Those are the major shifts in the temperature and the humidity outside, which affects what we’re able to find more so than anything else.”

Ingredients that aren’t foraged are mainly sourced locally, but Edwards says they occasionally look beyond our borders to find the most sustainable sources for certain products. Their salmon, for example, comes from an ethical, community-minded fishery in Norway.

Most dishes come in a small plate format (‘rations,’ if you will), allowing diners to enjoy a few snacks and drinks or share a little of everything. 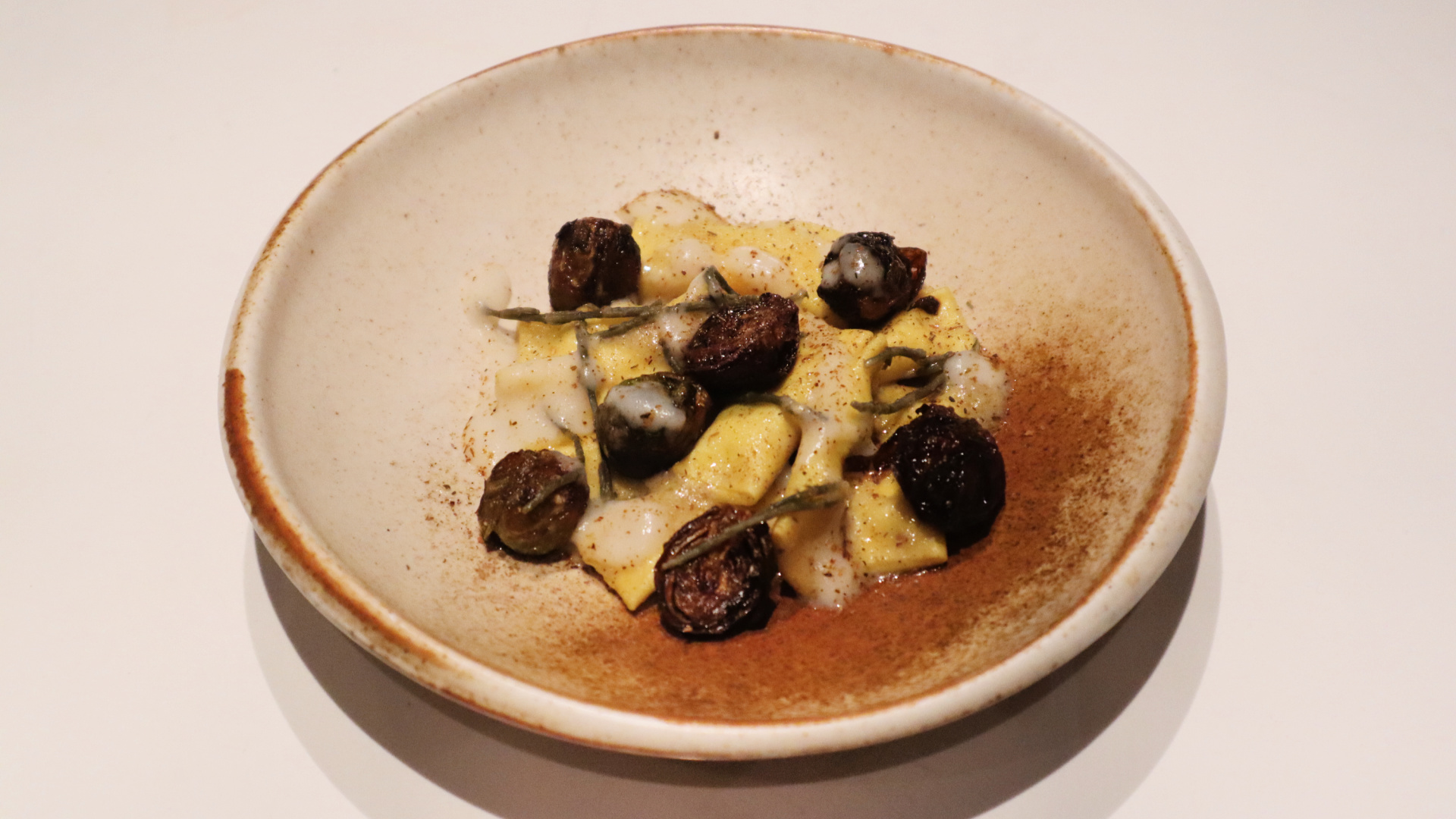 This cauliflower agnolotti is tossed in a smoked cauliflower cream sauce, along with Brussels sprouts and ume gastrique. 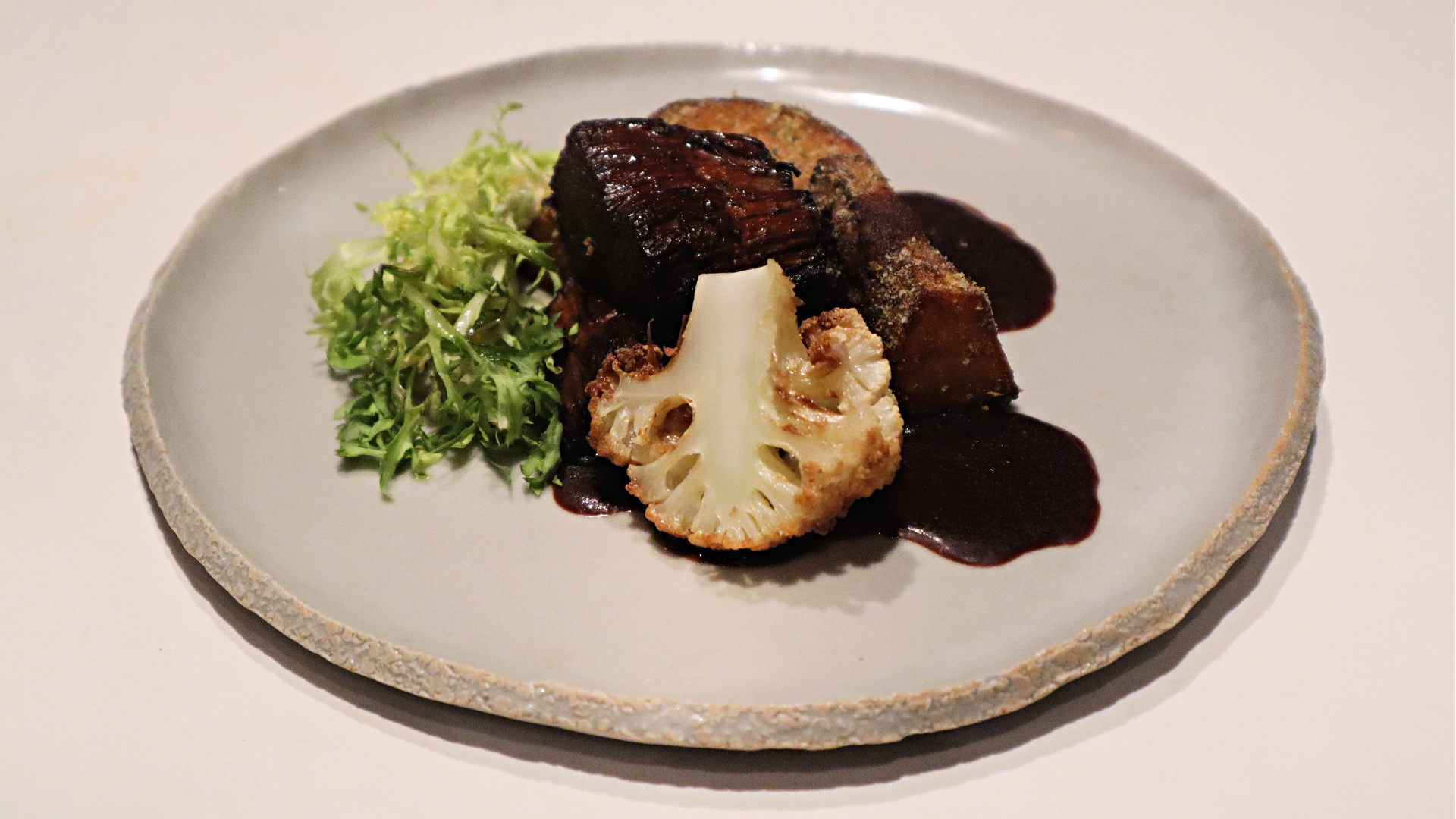 The short rib is served with potatoes pickled in spruce vinegar, roasted cauliflower and frisée. It’s finished with a savoury mushroom jus. 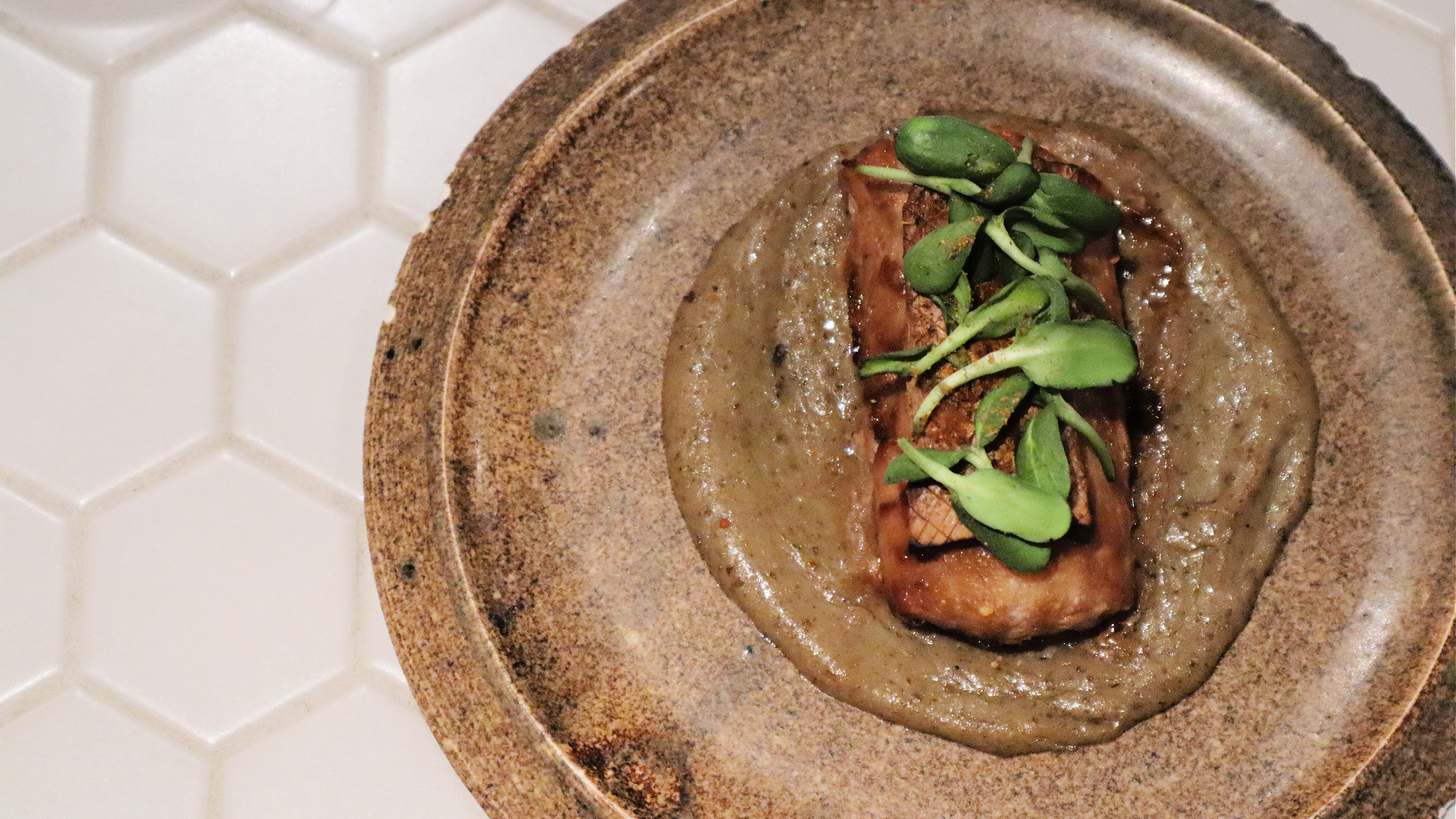 This cod comes on a bed of black sunchoke puree. It’s topped with an oyster garam glaze and a dusting of togarashi. 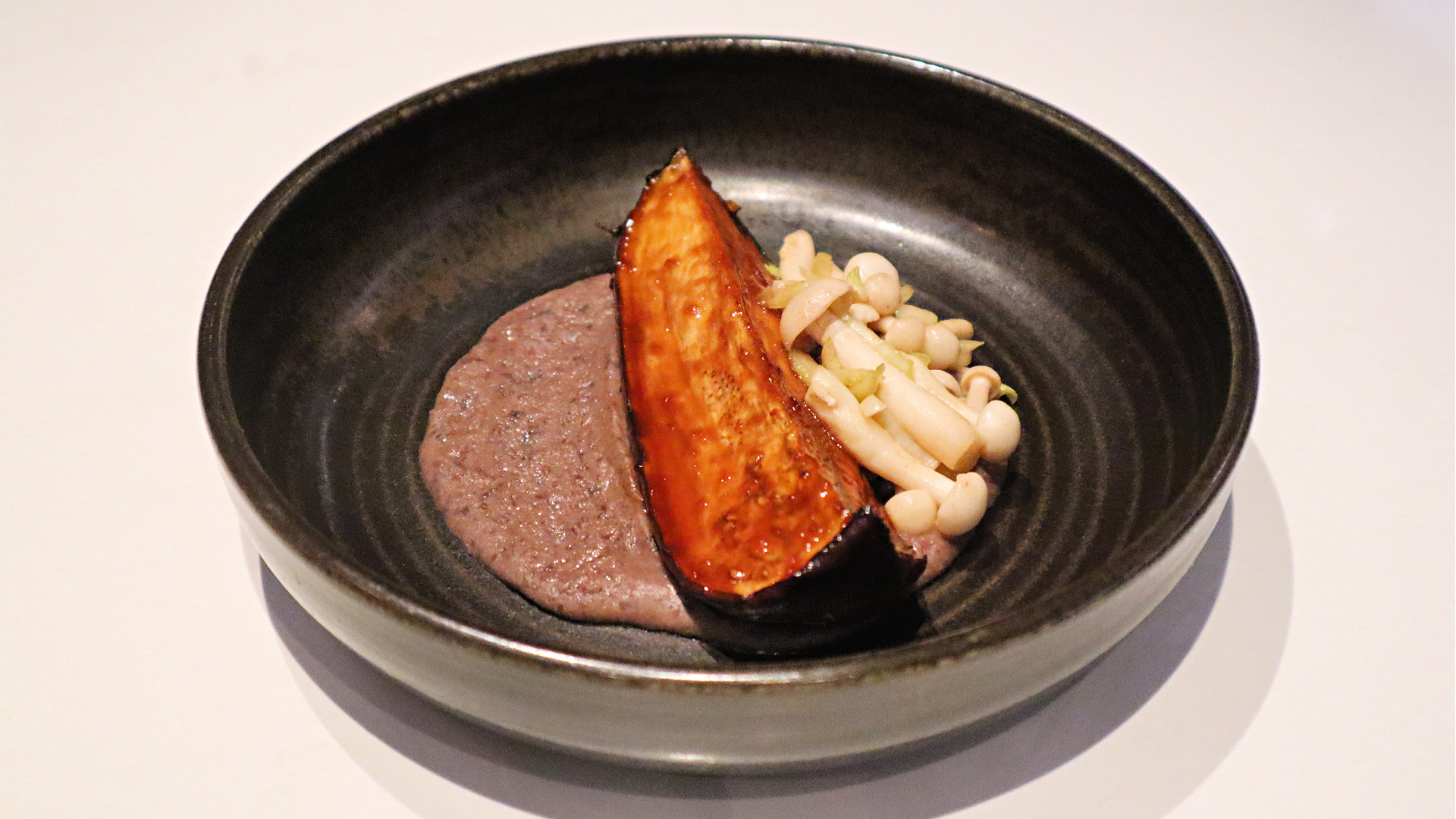 The eggplant is roasted in a soy and maple glaze and served over a dollop of black bean miso with a side of pickled honey mushrooms. 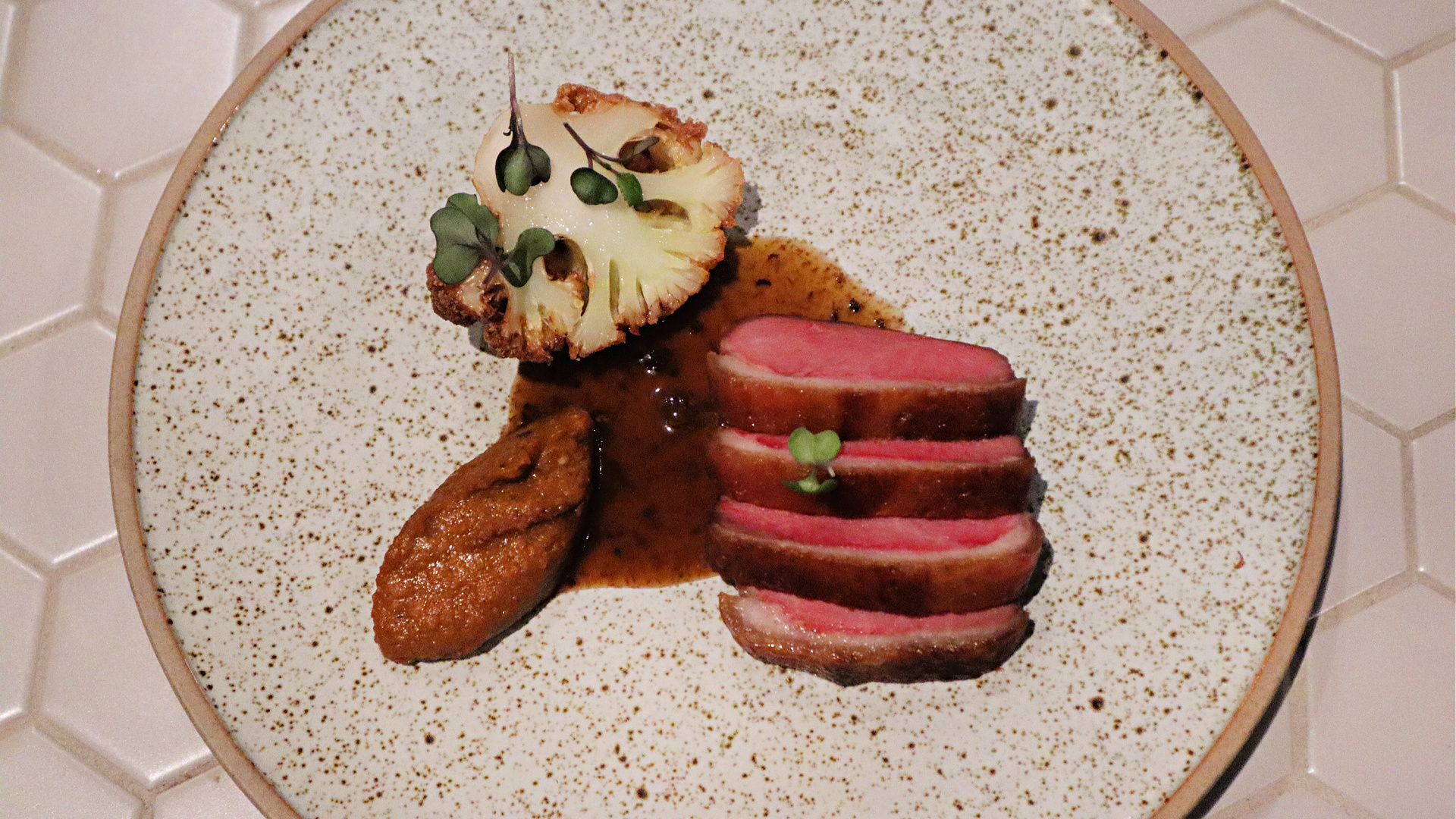 Ration’s duck is aged in koji for 14 days. It comes with roasted cauliflower and Ration’s “tasty paste,” a fermented puree featuring over 30 different ingredients. “It’s an umami blast,” says Edwards.

Led by mixologist Eleni Brock, the cocktail menu at Ration: Beverley embodies the same sustainable, local ethos as the food menu. “A lot of these [cocktails] have been based off an idea that I’ve gotten from the kitchen or a waste product from the kitchen,” says Brock. 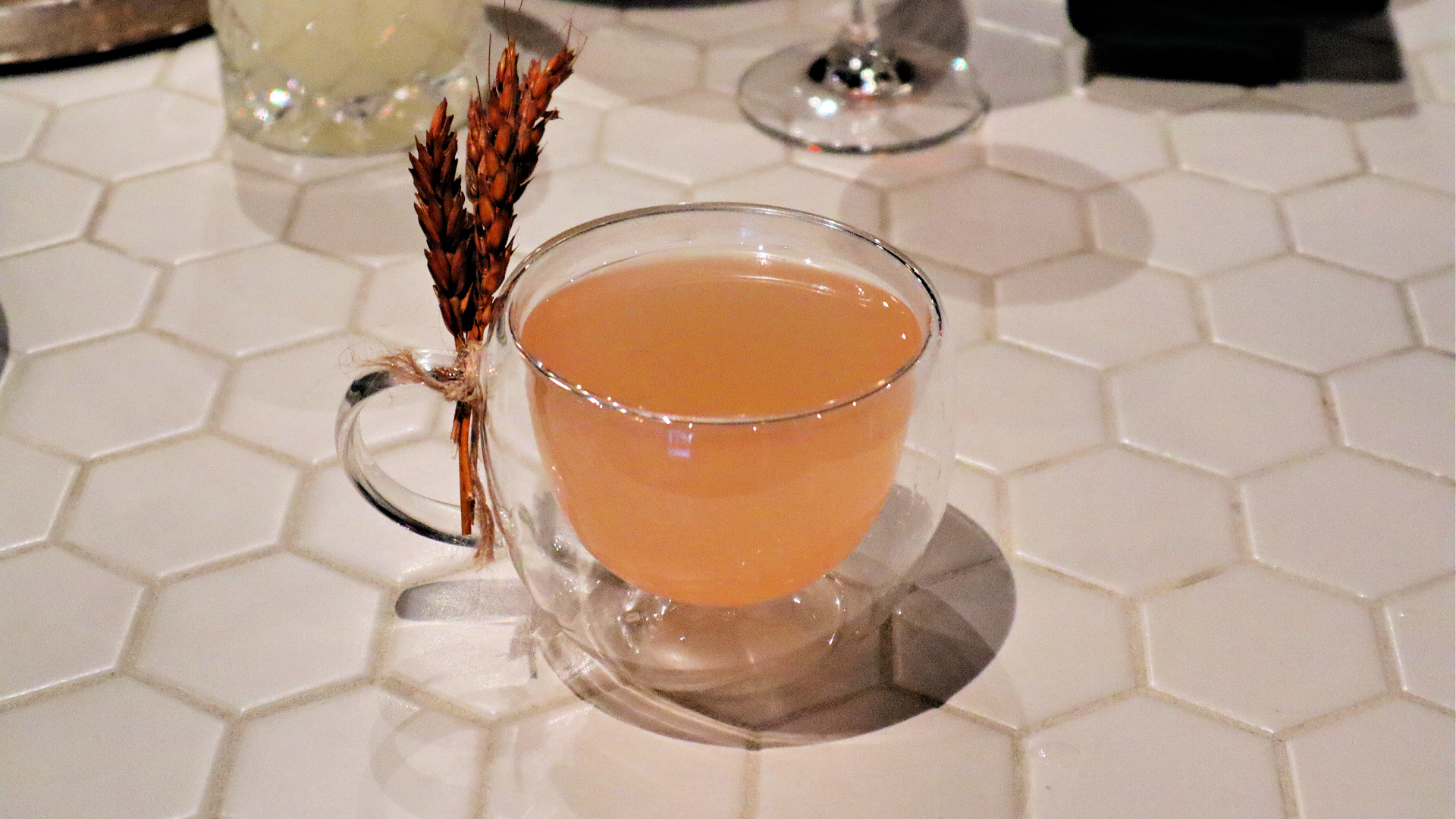 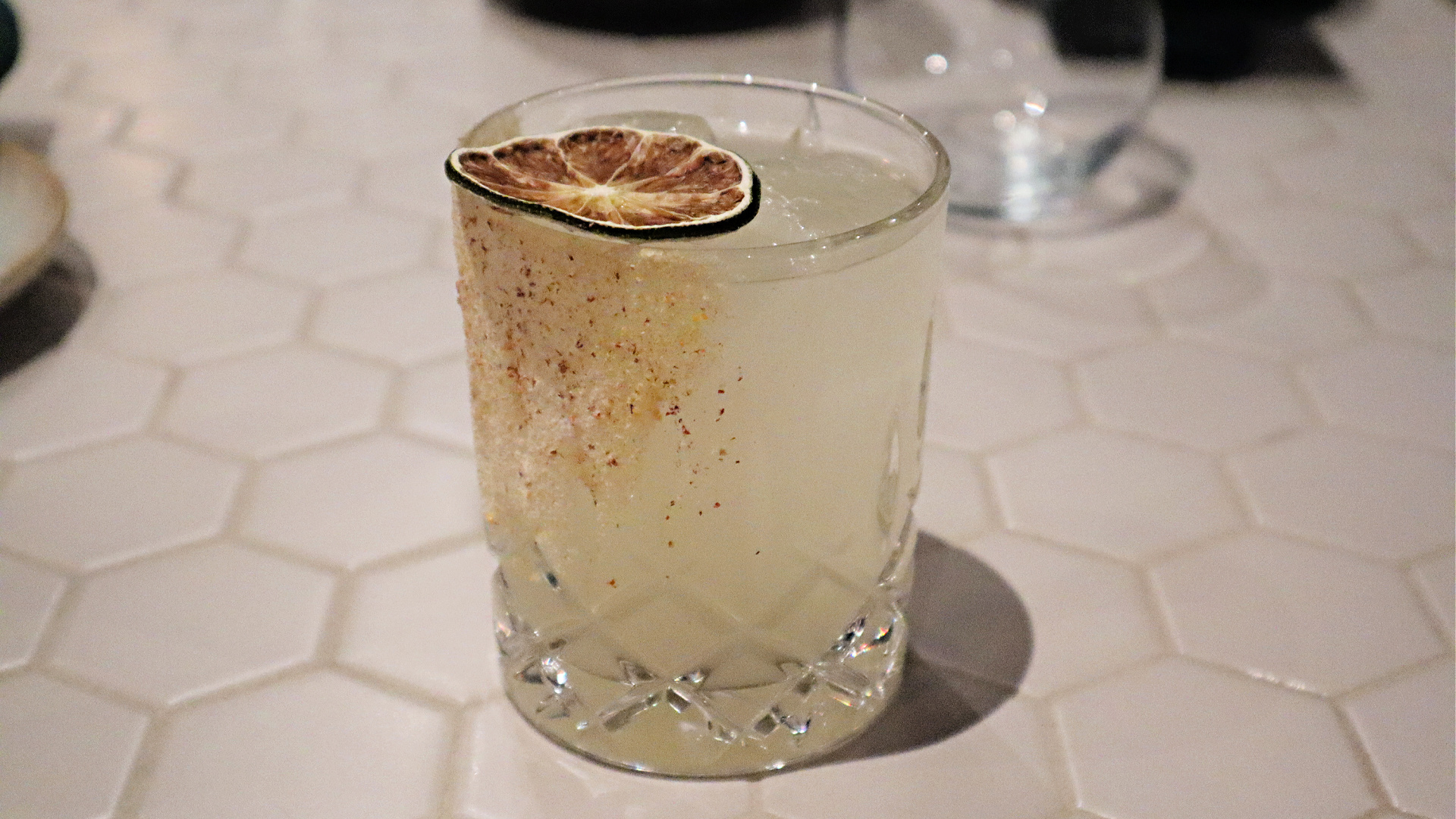 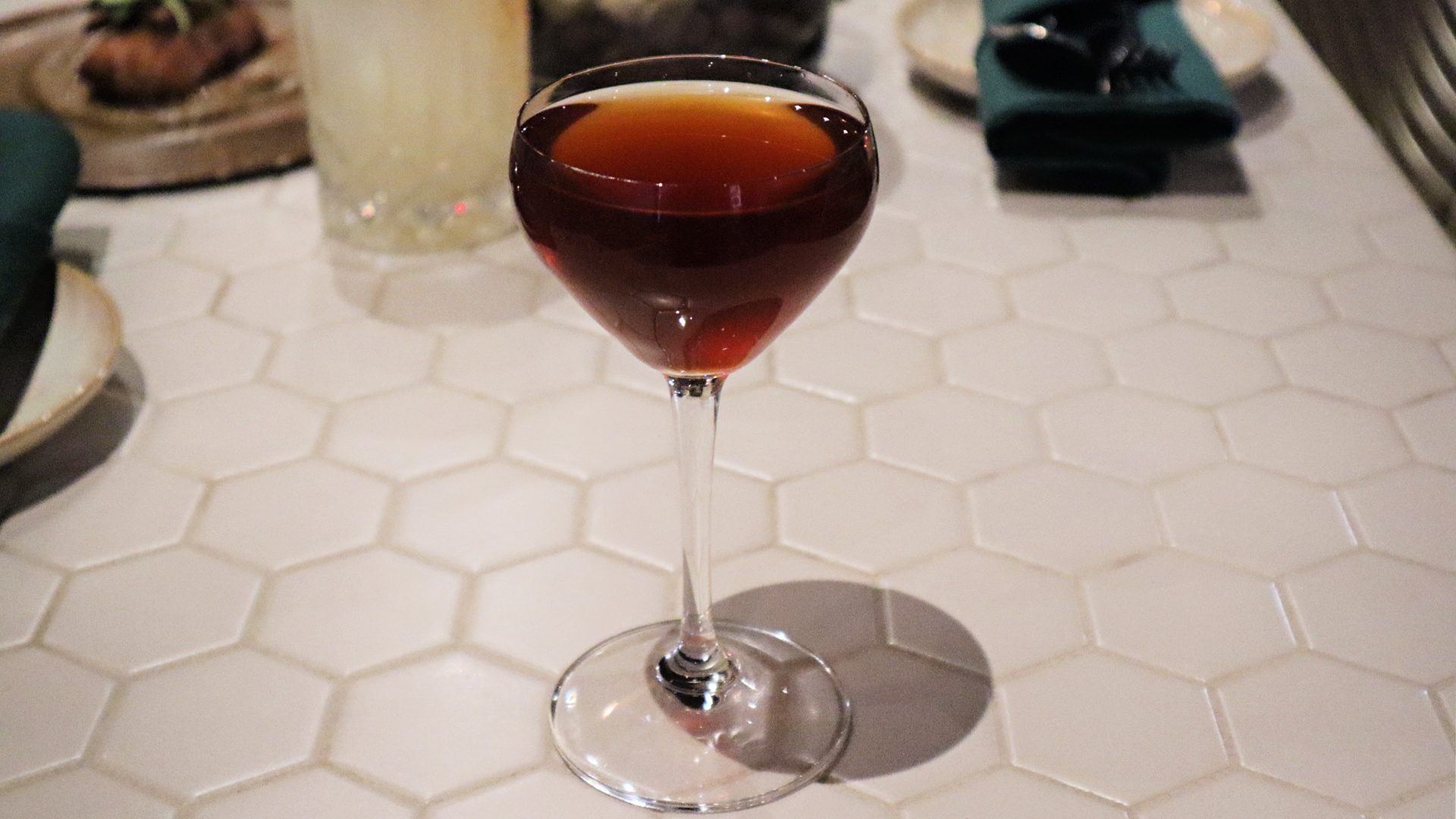 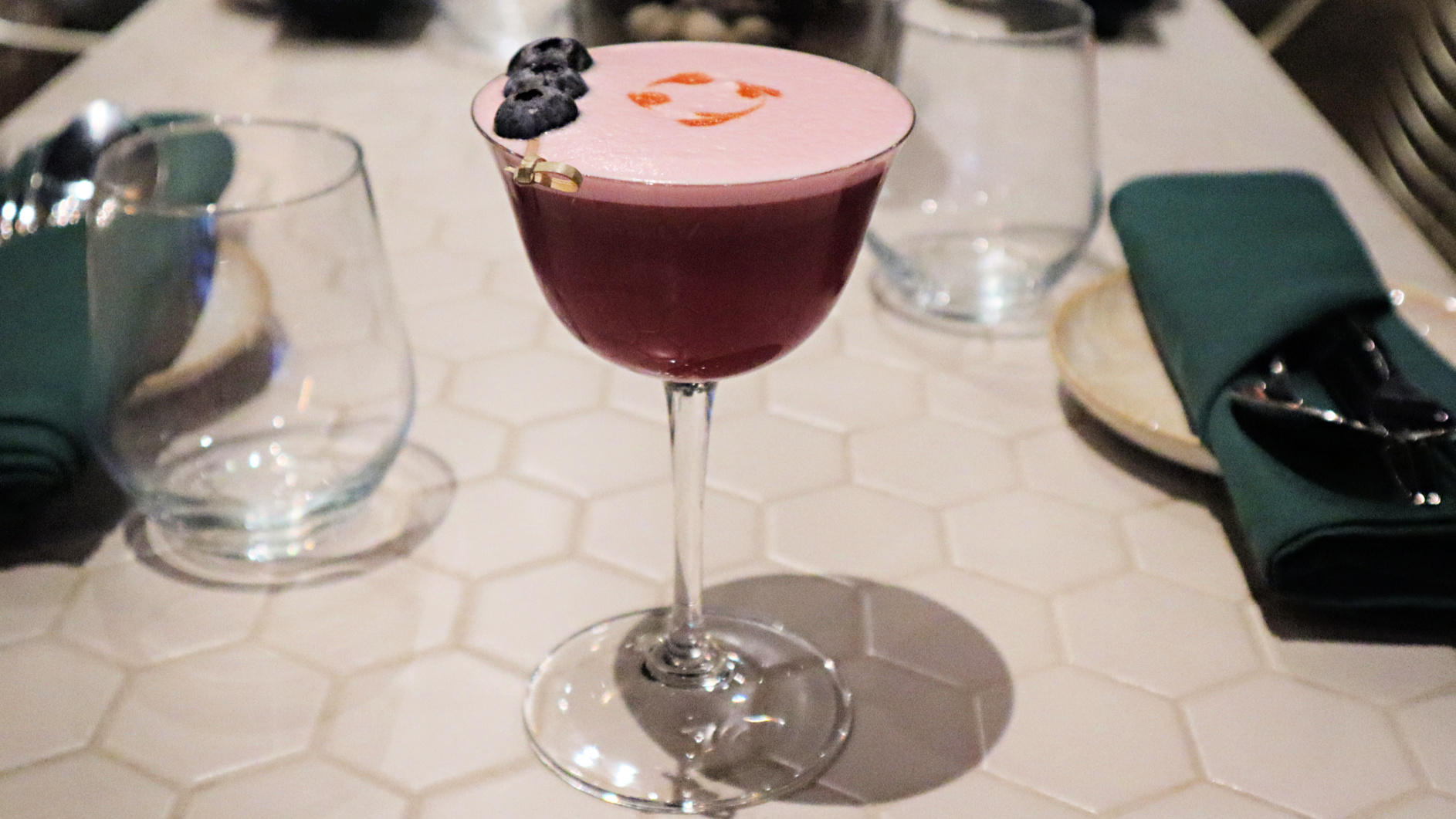 The Vegan Sour is made with overproof rum, lacto-fermented blueberry, sarsaparilla, lemon and aquafaba foam.

Wines are primarily natural and biodynamic bottles, along with some carefully-chosen classic vintages. “Myself and a couple other members of the staff have done quite a bit of wine training,” says Barber. A single beer – Stella Artois – and two bevies from Beamsville-based cidery Lincoln County Cider complete the drink selections. 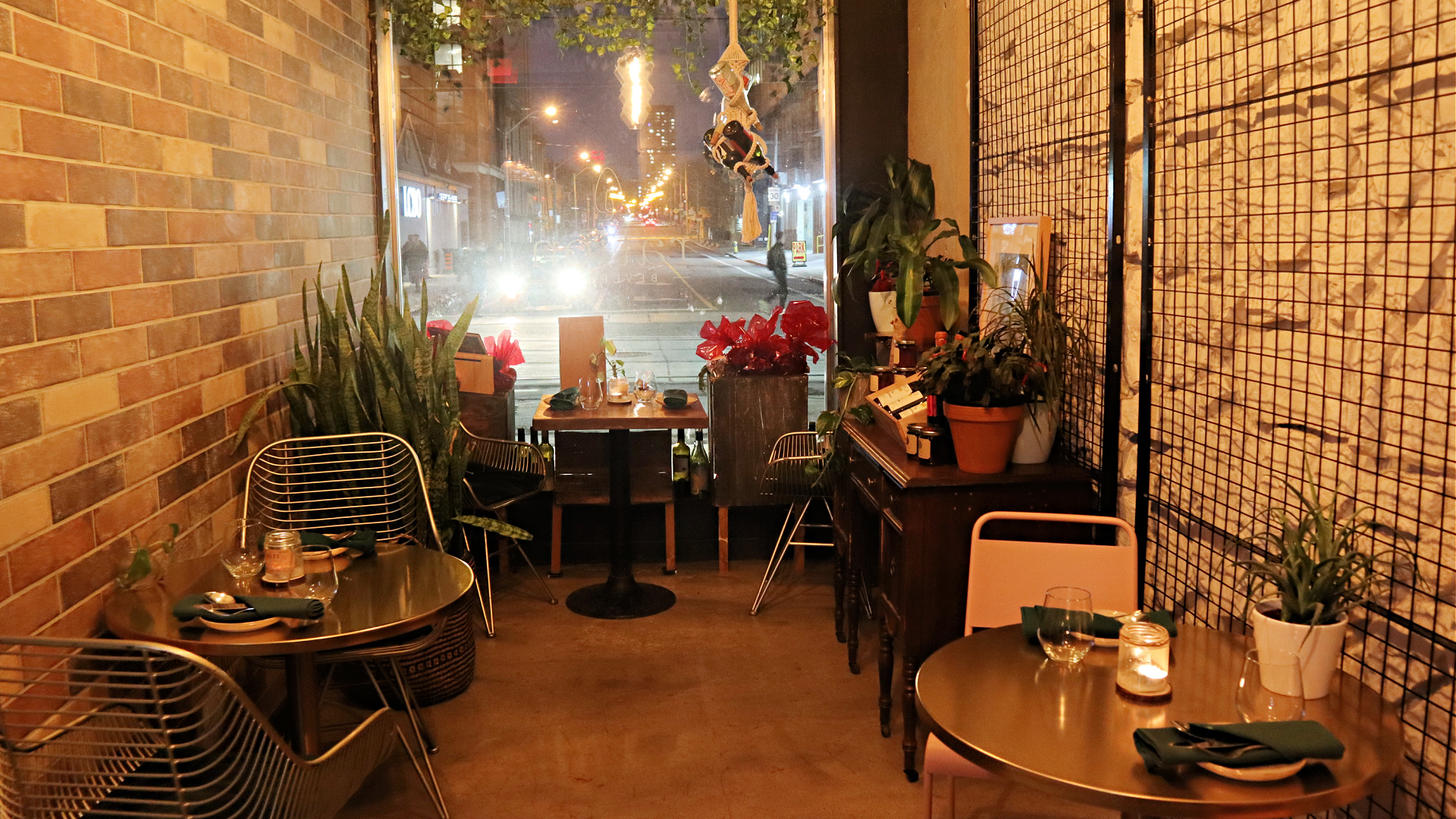 “We really built everything ourselves from scratch,” says Barber of the restaurant’s interior. “We gave this place a full facelift from repainting every wall to rebuilding the bar and cafe.” 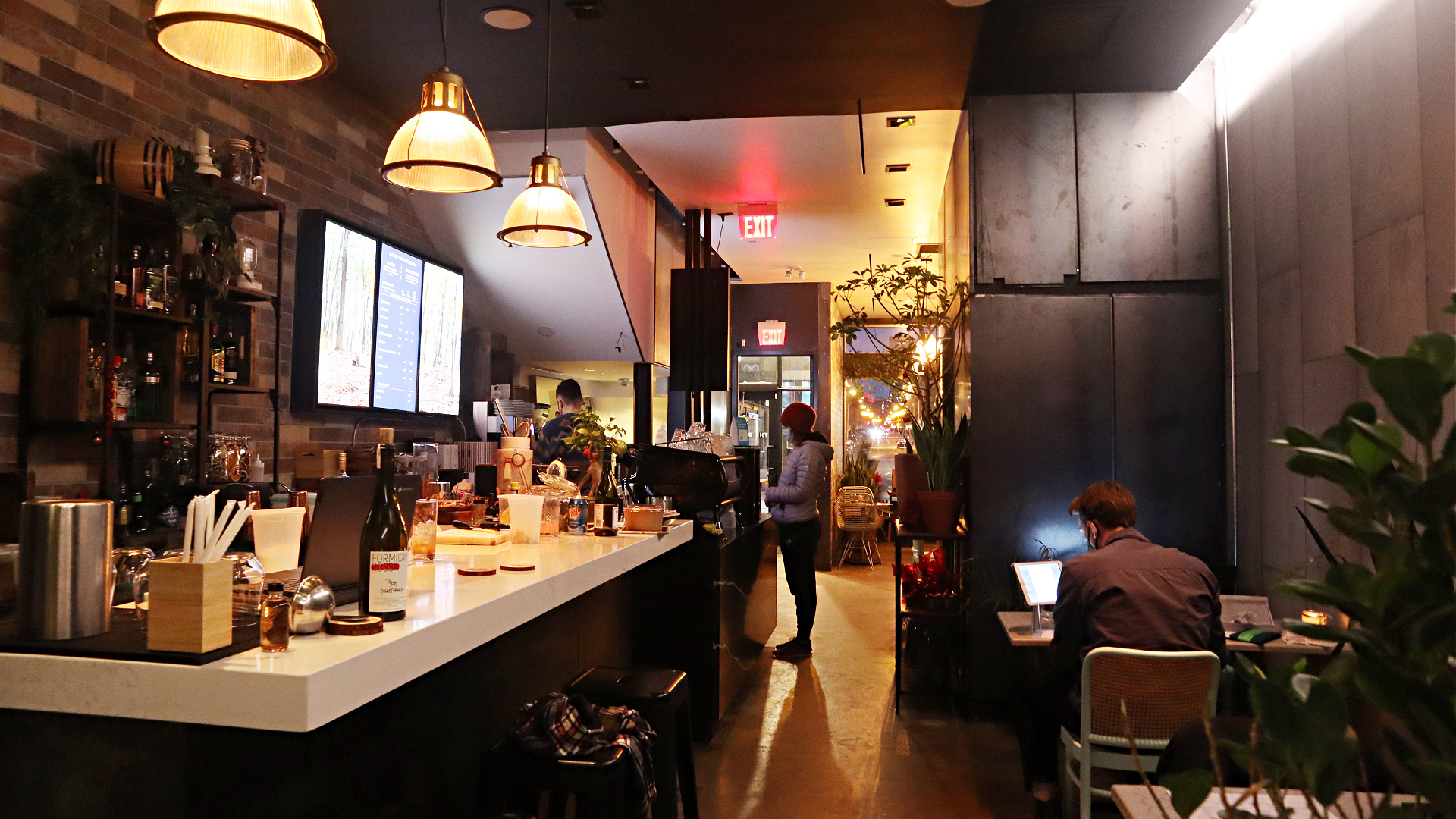 The front half of the restaurant includes an outpost of Strange Love Coffee, another venture in which Ration Food Lab co-founder Chris Nguyen is a partner.

Housemade preserves and other pantry items, such as smoked olives, are available to take home. In the warmer months, Ration: Beverely also operates out of the hotel’s rooftop patio. 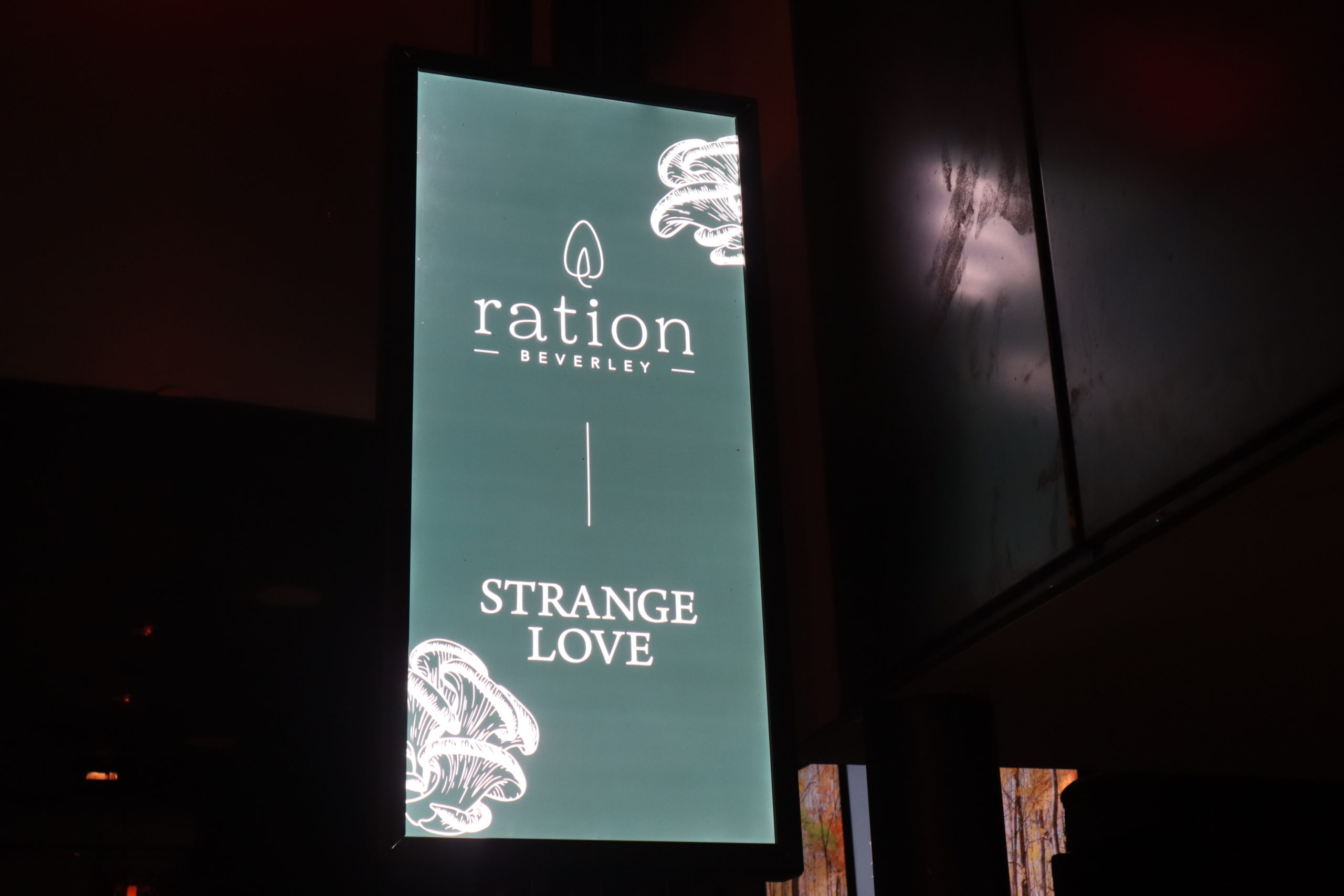 With indoor dining on pause once again, the restaurant is temporarily refocusing efforts on its Ration at Home takeout program.

“We challenge our diners to experience something new,” says Edwards. “Because nothing that we do here is normal.”