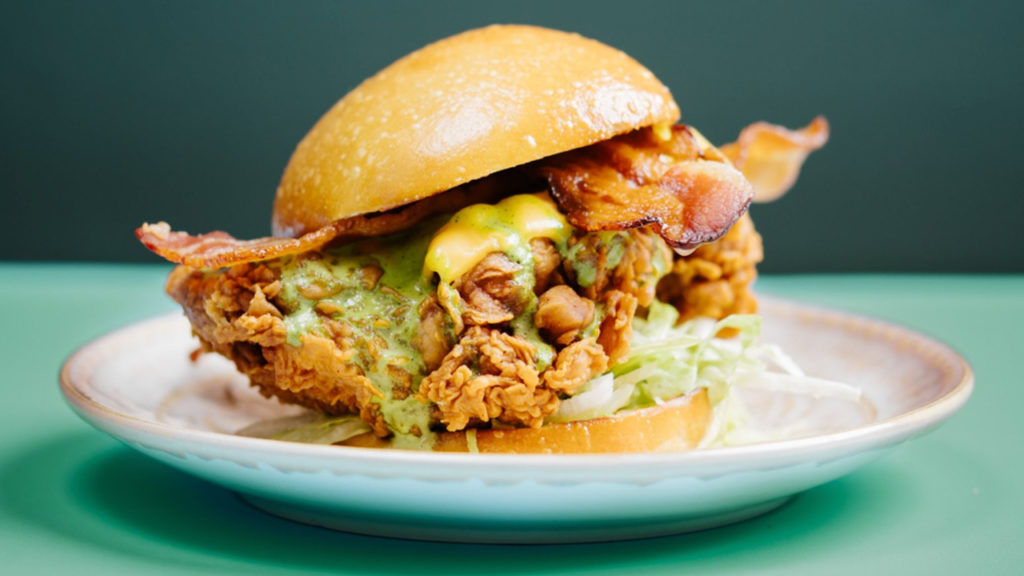 The endless debate over what to order for a takeout dinner just got a little bit easier. One wants Italian, one wants Mexican, and one wants Japanese, where do you go? Kitchen Hub Food Hall has arrived to make sure takeout enthusiasts don’t have to settle. Better still, the new culinary hub is offering foods from some of the city’s best restaurants and, now one of the city’s hotspots has been added to the list.

Mandy’s, a sister-owned restaurant that offers trendy salads and healthy dishes in an Instagram-worthy space, is the latest notable eatery to offer its creations within the virtual food hall.

Chubby’s, Piano Piano, Gusto 101 and many more have partnered with Kitchen Hub Food Hall to create a new way for locals to dine on a bunch of different cuisines in one order. All of the food available on the website is still made fresh to order by restaurant chefs, who then combine the order and offer it for delivery or pickup at one of the company’s three locations.

A third location just opened up bringing the concept to 1121 Castlefield Ave. to service the norther reaches of our foodie mecca. There’s also an outpost in the west end at 935 The Queensway, and a downtown location  at 234 Parliament St., inside Gusto 54 Catering.

This concept is the first of its kind in Canada, as the business dubs itself a virtual food hall. Since its original conception a few years ago, Kitchen Hub has seen massive success and growth, allowing it to expand with plans to open a handful of locations this year.

“We are proud to announce that we are officially Canada’s fastest-growing virtual food hall with FIVE new locations opening in 2022. With $9M in funding, we can move forward on opening these 5 locations, with plans for 50 across Canada in the next 5 years,” the company stated in a post on social media. “The funding will also support the addition of top tier restaurant partners; support existing partner growth and further develop proprietary technology.”

For now, stop in to one of the company’s three locations, and stay tuned to Kitchen Hub social media channels for news of future openings.