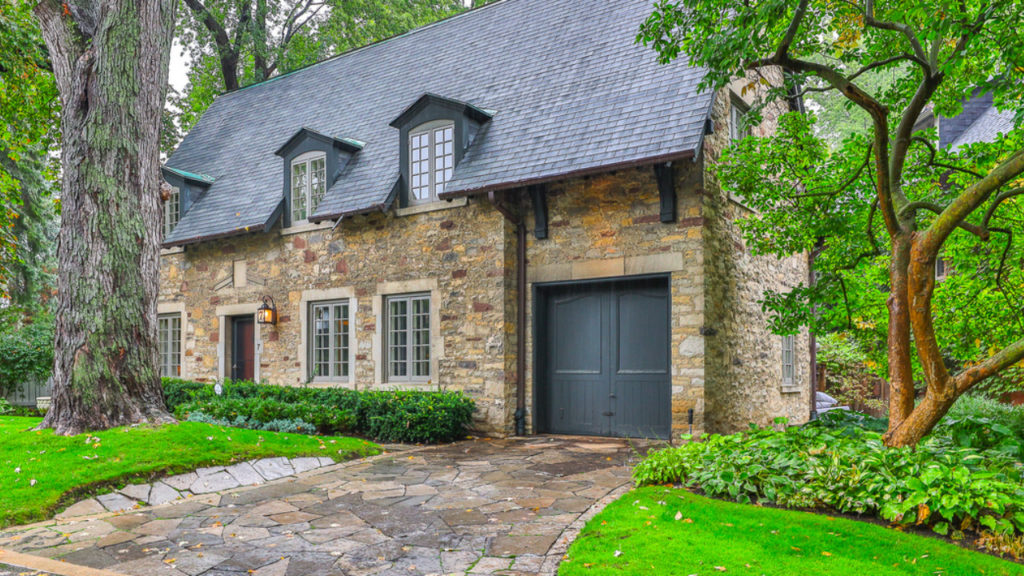 A stone home in the heart of Rosedale just sold for a record-breaking $2.1 million over asking last week, an indication of Toronto’s growing housing supply problem.

The home at 7 Rosedale Rd. was listed for $4.5 million originally. However, when it sold on Oct. 4, it was purchased for $6.6 million.

The 4 bedroom, 3 bathroom abode features period details and a unique cottage-style structure, including a stone exterior and overgrown backyard garden. Jimmy Molloy, the Chestnut Park real estate agent who sold the home, suspects it was these charming English cottage details that helped with the sale. “It’s not huge, but it does have a great room with soaring ceilings, and it doesn’t have a million bedrooms, but it’s in kind of a golden quadrant of Rosedale,” he explains.

This is nothing new in the Toronto market, which Molloy says has been dealing with an “overwhelming” supply problem. “The market is driven by interest rates at historic lows, but more importantly, inventory at historic lows,” he says.

An October Move Smartly report found that new listings in September were well below 2018, 2019 and 2020 levels. By the end of September, the Toronto area had under 4,700 houses available for sale, down 53 per cent from 2020’s inventory levels. According to the city’s 10-year average, it’s typical for there to be around 11,000 active house listings in September.

The report also found that 74 per cent of houses sold in September sold for over the asking price in Toronto.

Molloy says that, while there has been talk throughout the pandemic of city residents considering moving to the GTA and beyond, in his experience there is still “unbridled demand” to live in Toronto. “I think people realize the importance of a home with this shift for a lot of people to working part time at home,” he says. “All of that just reinforces the value of homeownership.”

That demand has been sustained despite a majorly unaffordable house market; the average house price in September was up 26 per cent year-over-year.

A house like 7 Rosedale Rd. can sell for so much over asking because of a demand for uniqueness, Molloy says. “If it’s not replaceable, it becomes more priceless. Rarity adds value.”

Take a look at the “uniqueness” of this high-interest home:

The kitchen features white cabinetry and a built-in kitchen island.

You can spot the unique architectural shape of the home even from the inside.

The dining room has its own entrance and features gridded windows.

This library-home office hybrid certainly has a lot of character.

Here’s a look at one of the bedrooms.

The stone interlock adds even more character to this green backyard.