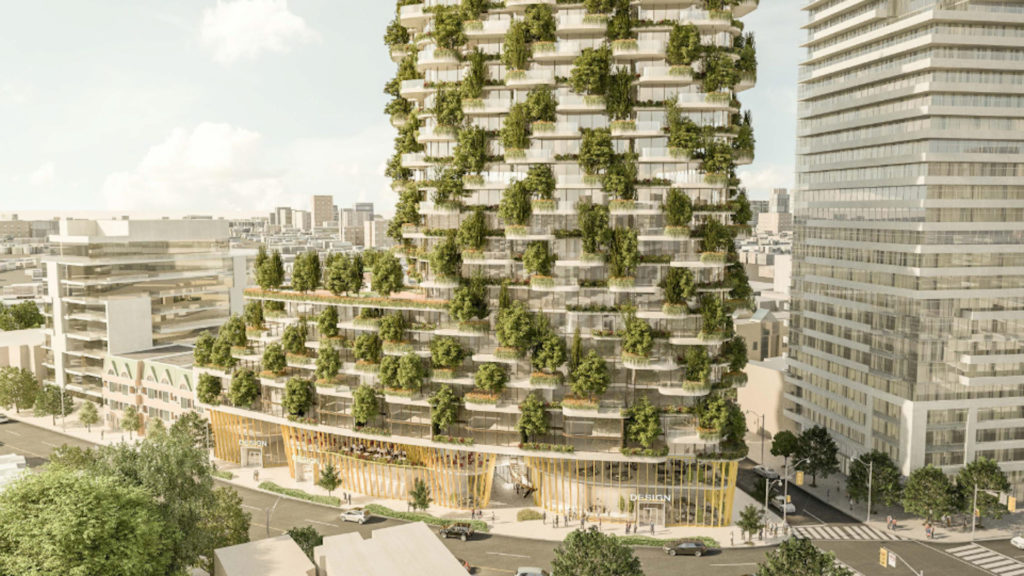 For Torontonians tired of endless glass condo towers in the city, here’s something different — a condo billing itself as the city’s first vertical forest.

Developer Cityzen is currently working on the vertical forest project at 314 Davenport Road, near Bedford Road, that partner Greybrook Realty claims will have between 400-500 deciduous and coniferous trees. That means that they will stay green all year round and could help the area stay cool and offer wildlife a new home, Greybrook says on its website.

The companies have partnered with the University of Toronto to “computer monitor” each tree in the vertical forest for “health and hydration,” according to Greybrook. Local councillor Mike Layton told Post City that there will be a “very elaborate system” to support the trees and is something that could be replicated in other buildings for the “ecological benefits that come from it.”

Apart from wildlife, the 22-storey building will also host 100 residential units and have 210 parking spaces across five levels of underground parking, with retail taking up the first two floors. The building is currently home to the Designer’s Walk store showcasing showrooms, which appears to be staying at the site with the new condo project given the same name.

Layton said the development will also incorporate the Designer’s Walk laneway behind it, with tables and a potential retail expansion, and envisions the area to be a designer hub.

Neil Travis, who is a board member of the Davenport Triangle Residents Association (DATRA) and lives adjacent to the vertical forest project, said Cityzen is contributing $1.5 million to the laneway to make it more pedestrian-friendly and potentially change it from asphalt to stones or brick.

“It should be a nice public space,” he said.

While he said residents aren’t crazy about the idea of another high-rise development in an area that is already seeing multiple ones in the works, he is happy that it is a higher-end project with less density.

Construction of all developments is a concern, though, given the roadblocks and dust that come with them. Davenport is also slated to have a separated bike lane that will take more road space from cars but could provide a relatively safe transport alternative.

“I don’t know how the residents are going to deal with the amount of dust and dirt,” he said. “It is just poor city planning.”

The project was approved after an appeal in May 2019.