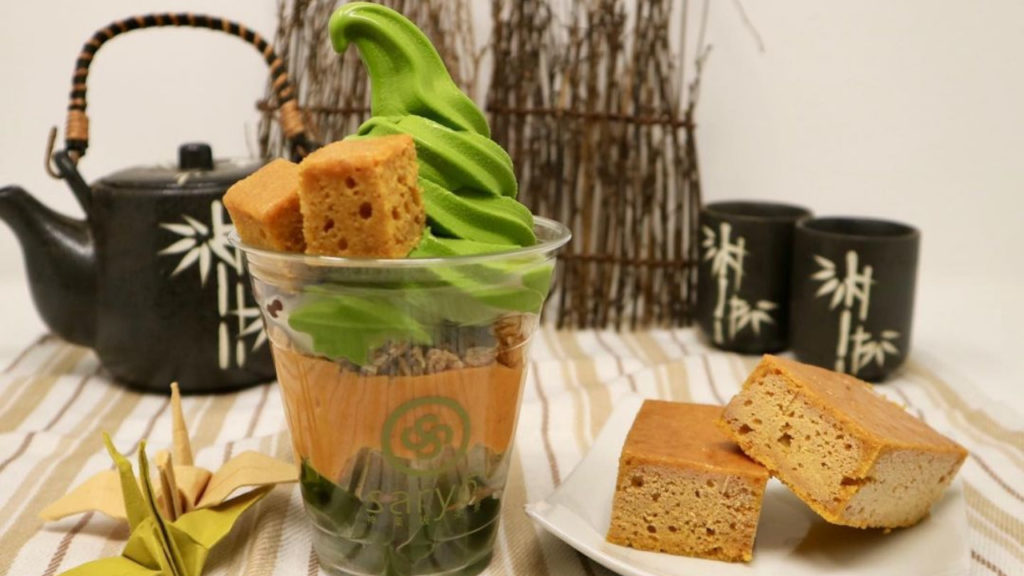 Hungry Yorkdale shoppers in search of some snacks already have plenty of options in the mall, but will soon have even more to choose from in the form of famed Tokyo dessert spot Saryo Tokyo Cafe.

The busy mall will be home to a second location of the cafe, along with Konjiki Ramen, another renowned Japanese import (this one, Michelin-endorsed). The two noted businesses have partnered in Canada and come as a pair at the first location, which opened in North York in 2018.

Originally from Tokyo, Japan, Saryo is known for their eye-catching and colourful desserts and beverages featuring the flavours of matcha and hojicha (another type of Japanese green tea with a naturally sweet taste and notes of cocoa). Go for a cone of soft serve or take things up a notch with the signature parfait – a swirl of soft serve accompanied by red bean, hojicha cream, jellies, mochi and chunks of matcha cake. Saryo’s sweet creations highlight traditional Japanese flavours with some Western fusion and their Uji Matcha powder is imported direct from Japan.

It remains to be seen whether the Yorkdale location will offer an identical menu to the North York location, or feature some new creations.

Saryo is also known for their tea beverages, also made with matcha or hojicha, including lattes (both hot and iced) and latte floats, which also include a topping of soft serve.

The chef at the North York shop has been trained in Japan, which allows for an authentic taste of Saryo – without having to take a trip to Tokyo to enjoy the flavours. In addition to parfaits and other soft serve-based treats, the cafe also serves housemade cakes and brownies, which change on a seasonal basis.

No opening date for the Yorkdale location of Saryo Tokyo Cafe has been announced, but there’s little doubt that one of the busiest malls in the city will attract a healthy stream of shoppers in search of something sweet.