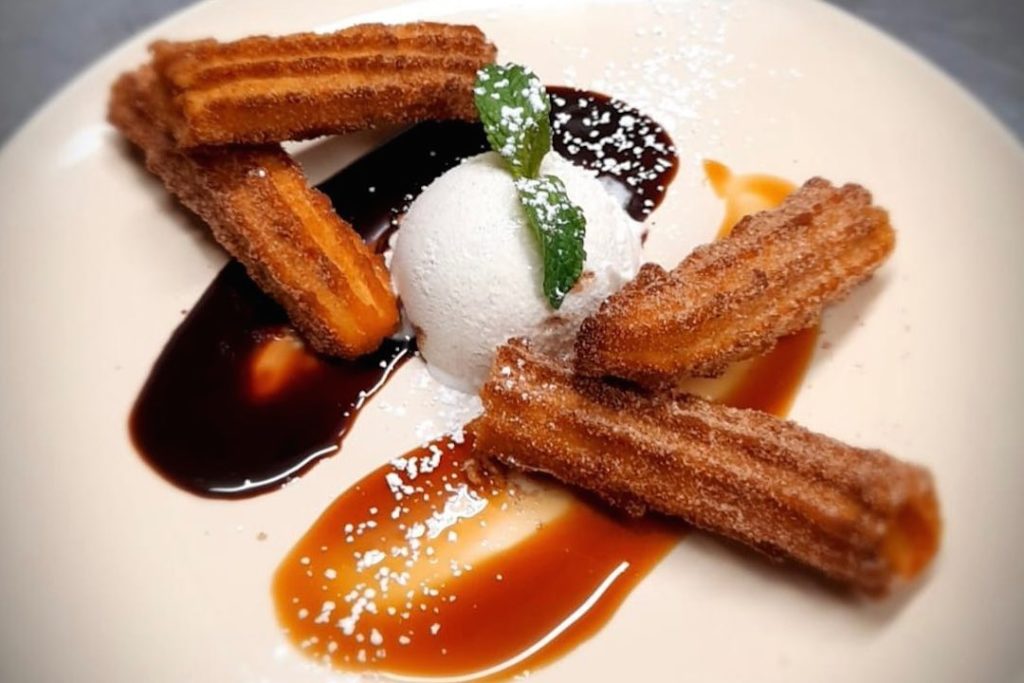 Rafael Bastidas and Sergio Calderon have been regulars in Toronto’s restaurant scene for the last decade.

“The idea is to bring people from different countries all at the same table sharing their traditional food,” says Sergio, who notes that the menu is in rotation with the changing season, and will eventually add dishes from other Latin countries.

On the menu, expect to find classic dishes like aguachile, arepas, tacos and empanadas. Must-try dishes include the pescado frito, choripan, bandeja paisa, and the ceviche peruano.

Toronto is home to many successful Latin American restaurants, but Rafael and Sergio are adamant that the simplicity of the ingredients used, sourced from local suppliers and farmers around the city, are what make Inmigrante stand out since its official opening on Aug. 17.

“We keep it traditional, no fusions,” Sergio says. “We like the home made feeling in our food.”

Rafael created Inmigrante’s cocktail menu. “He’s been behind the bar for many years and his plan for this project was to elevate Latin American drinks in a creative way,” says Sergio. Expect to find refreshing favourites like the margarita made with freshly-squeezed lime juice, smoked Cuba Libre, Oaxaca negroni, guarapita, a fun deconstructed pina colada, paloma and a passion fruit caipirinha. On Wine Wednesdays, guests can enjoy a glass at $1.70 per ounce.