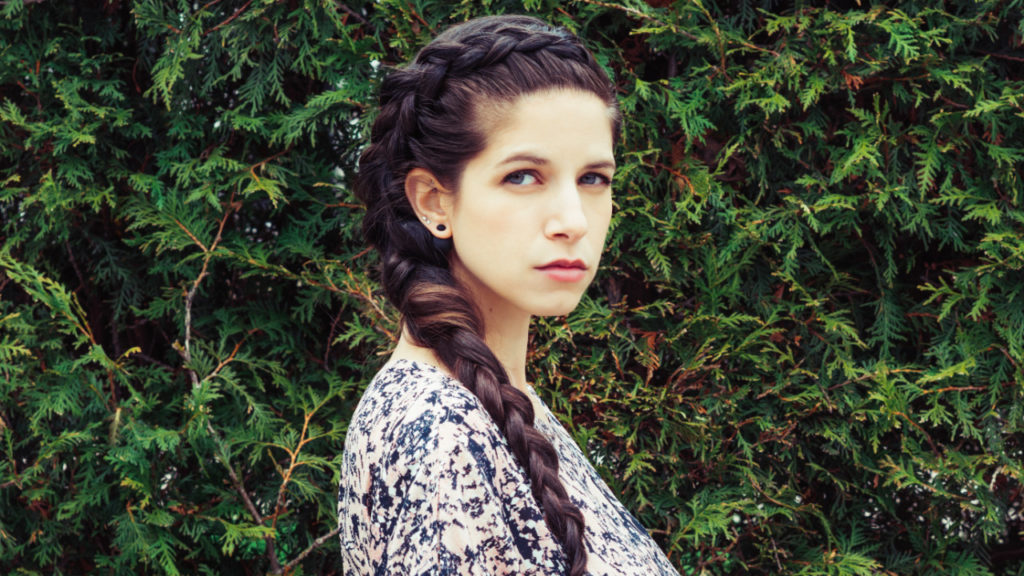 Caitlin Cronenberg has managed to hit the sweet spot in her career. The artist has photographed some of the biggest names in the world (most notably, the cover and art for Drake’s much-memed 2016 album, Views), and her art has graced the covers of Vogue and W Magazine. She has also been able to leverage her talent and acclaim to pursue more creative projects, including a recent NFT short film in collaboration with well-known Toronto horror filmmaker and her father, David Cronenberg.

But Cronenberg says it took her some time to get to the point where she could do the kind of work she was passionate about.

“I was sort of paying my dues at first. I spent a lot of time doing things that were out of my comfort zone and not really where I saw myself,” she explains, in reference to event photography she started out doing with Hello Canada. “I didn’t love it, but I got a lot out of it. I met a lot of interesting people, and I had experiences that I wouldn’t necessarily have had otherwise.”

Cronenberg says it was when she eventually quit events photography for good that she knew she had developed enough confidence to pursue this career the way she wanted to.

“I think taking steps to only do the kinds of jobs that you want to do is kind of telling yourself that you feel confident in your ability to only take on certain kinds of jobs,” she says.

She started doing film stills, which she says was an “incredibly busy” field but was what enabled her to do photography full-time.

Since she was a child, Cronenberg says she’s always known she wanted to do something creative as a career, and she was influenced by a family full of creatives. In high school at Bishop Strachan School, Cronenberg remembers they installed a darkroom during her final year.

“I basically just moved into the darkroom,” she says. “It made sense to me. I wanted to capture images and create art that way. And it sort of all fell into place.”

Cronenberg has certainly fulfilled that dream, although she would say she has yet to feel like she’s “made it.” But you would be forgiven for thinking that she has, considering her credits so far: she’s photographed everyone, from Megan Markle to Robert Pattinson to Jennifer Lopez, and has published two books of photographs. Her second one, The Endings, featuring the likes of Keira Knightley and Julianne Moore, led to a directing credit as Cronenberg transformed the book into a short film that debuted at TIFF in 2018.

She hopes to take that further and direct film features and says there are some “great projects” on the horizon.