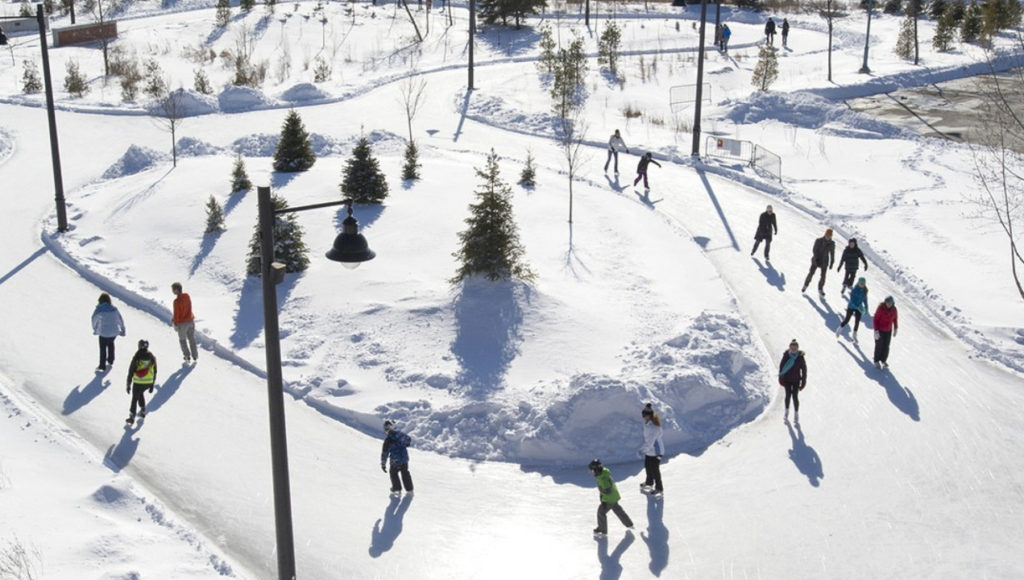 If you love to skate but the thought of being confined to the monotony of a circular rink is hardly your idea of fun, there are a ton of trails in and around Toronto you can glide on, all while taking in breathtaking winter landscapes.

Lace up and get ready to practice your forward swizzles and backward wiggles at these skating trails across the city.


Located along a picturesque stretch of wooded shoreline, this 250-metre-long trail first opened back in 2010 and holds the honour of being Toronto’s very first figure-eight rink. Nestled in a waterfront park known as being one of the best sites for bird watching in Toronto, the trail is adjacent to the historic Powerhouse Recreation Centre, and open from 10 a.m. to 10 p.m. daily.


The Bentway opened on Dec. 18 and offers skaters a truly urban experience with a 220-metre loop located under the Gardiner Expressway. On-site skate rentals, hot beverages and lessons are also available while a winter art exhibition entitled Moving with Joy by Inuvialuk artist Maureen Grube will also be on display.


This seven-acre park has both an ice rink and skating trail and is a popular destination for both pros and beginners. The double-pad rink allows for non-stop public skate and features ample parking.


Described as an “architectural jewel,” the five-metre-wide circular trail located at College Park opened in 2019 and is fittingly named after Canadian figure skater, Barbara Ann Scott, the first non-European to win a world championship in skating back in 1947. Surrounded by skyscrapers, the trail features environmentally-friendly technology in its refrigeration system which is non-toxic and non-flammable and has no net greenhouse gas effects.


Already a popular destination for sledding, Riverdale Park East features both an artificial ice rink and a skating trail. The space also includes a Zamboni station, a large playground and a winter lounge.