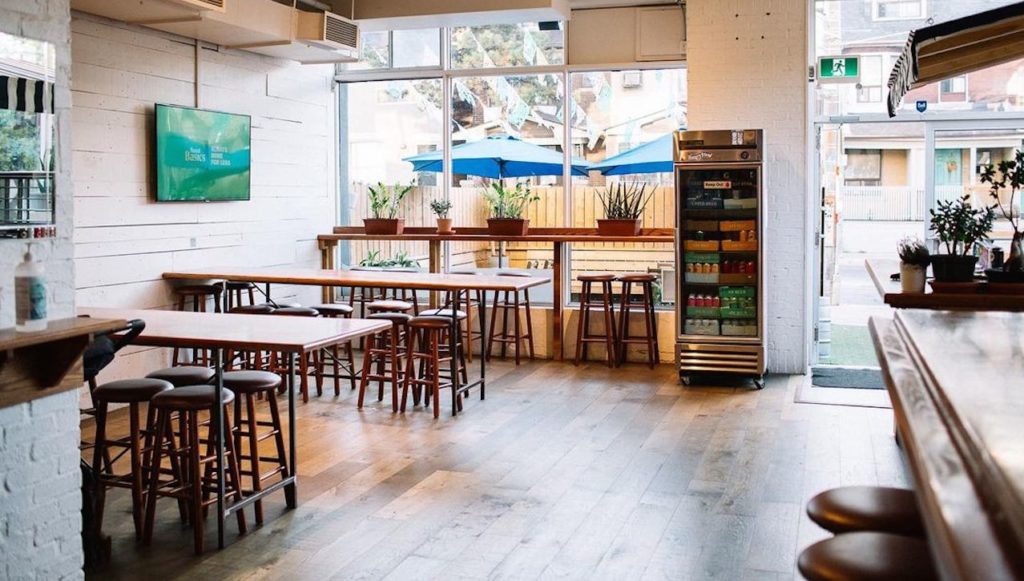 This story was updated on Jan. 7, 2022 to include details on the Ontario COVID-19 Small Business Relief Grant.

When the COVID-19 pandemic induced an economic shutdown back in 2020, the Canadian government eventually responded by introducing two temporary financial aid programs.

The first, and perhaps most widely known, was the Canadian Emergency Response Benefit (CERB), which was a taxable benefit that provided eligible persons with a $2,000 monthly income (equivalent to every four weeks), which worked out to $500 per week. Separate from employment insurance (EI), the CERB benefit has since been closed as of December 2020.

The second benefit was called the Canadian Emergency Wage Subsidy (CEWS) program and was enacted as a means to support employers who experienced a drop in revenue due to COVId-19. This incentive allowed qualified businesses, like restaurants, to receive a percentage of their employees’ pay subsidized. The CEWS benefit ended in October 2021.

At the end of December 2021, the Ontario government proposed the Ontario Business Costs Rebate Program, which provides rebate payments equivalent to 50 per cent of the property tax and energy costs that eligible businesses incur while subject to the current capacity limits. Applications for January will begin in the coming weeks. Under this new program, all eligible businesses required to close for indoor activities, like restaurants, will receive a rebate payment equivalent to 100 per cent of their costs.

On Jan. 7, 2022, the Ontario government announced its plans to introduce a $10,000 grant for eligible businesses that are subject to closures under the modified Step Two of the Roadmap to Reopen. The Ontario COVID-19 Small Business Relief Grant will provide eligible small businesses with a grant payment of $10,000.

Graham Woodhouse is the owner of Woodhouse Brewing Co., a neighbourhood brewpub located at 301 Lansdowne Ave. Woodhouse opened the pub in late November 2019, but says that since the official opening, he’s only been able to operate without restrictions for less than five months total.

Now bearing the brunt of the province’s third lockdown, Woodhouse says this one is the worst of them yet.

“The previous lockdowns were much different because during the initial 2020 lockdown, our stronger cash position and relatively quick response from both levels of government made it possible to survive and adapt to the new business environment,” Woodhouse says. “With the second lockdown [autumn 2020], the subsidies were still in place and they were helping our customers survive and weather the storm; they were awful times but most made it through. This lockdown is by far the most devastating and detrimental to our industry yet because unlike the previous two, this one occurred right at the beginning of what was shaping up to be a very solid holiday season.”

According to Woodhouse, at the start of December 2021, the pub was seeing sales very close to pre-pandemic levels for the first time, partly because indoor dining had finally stabilized since resuming in June 2021.

“As December hit and COVID-19 cases starting increasing, we saw a gradual softening in business but at this point it was still very solid heading into the important holiday lead-up period,” Woodhouse says. “By December 17, the start of what should have been the busiest week in the year for many, we were limited to 50 per cent capacity and a 10 p.m. last call. These restrictions are a f***ing joke and an insult to the hours and capacity businesses within our industry need to operate profitably. Yesterday’s announcement was just the inevitable nail in the coffin, given that the amount of time this has all gone on for will be the end for many. The government has no meaningful subsidies on the table and I think by now many would even question why they would accept them. Business owners in our industry don’t need more debt and temporary aid to get them through a problem that seems more and more likely to not have an end in near sight.”

A lack of support

Managing staff is another major issue for small business owners like Woodhouse, who has been tasked with the difficult decision of laying off some serving staff and his entire kitchen staff. “I don’t even know at this point how many times some of them have been laid off,” Woodhouse says. “Our brewpub has never received any subsidies and the brewery has received only partial wage subsidies.”

One of Toronto’s most influential restaurateurs, Jen Agg, has also taken to social media to voice her concerns for restaurant owners across the city, including those who only recently opened in 2021.

It’s worth pointing out that restaurants who opened in 2020 or later are truly fucked. They’ve been on their own & i feel so bad for them. It’s just not fair. I realize the subsidies are based on 2019 sales but there has to be a way to help people that don’t have sales in 2019

Agg also pointed out that there is a major lack of financial support for restaurant owners and their staff.

These announcements need to be followed up immediately by SUBSIDY INCREASE ANNOUNCEMENTS. & we know that has to be federal because Doug isnt doing SHIT for us. CRB needs to be more than 300 fucking dollars/week because who I’m worried about right now is our staff. @JustinTrudeau

Agg’s sentiments, as well as Woodhouse’s, are further echoed by Nick Kennedy, who owns the popular Civil Liberties bar at 878 Bloor St. West.

“We had a patio for the summer which kept the lights on and the staff employed. Then the weather turned, so no patio but at half capacity, we are able to stay afloat,” Kennedy says. “The 10 p.m. early close is the real kick in the collective Johnson; there’s no science or data to back that decision up and it essentially destroys our ability to break even.”

For now, Toronto’s indoor dining ban will remain in place until Jan. 17, at which point the existing lockdown measures will be re-examined.

“If the government would provide a program that ensures my staff can pay their rents and fill their fridges I would happily just lock the doors till experts said it was safe to reopen,” Kennedy concludes. “Instead, I’m piecing together yet another new business model which I know will barely get us by, if we’re lucky.”