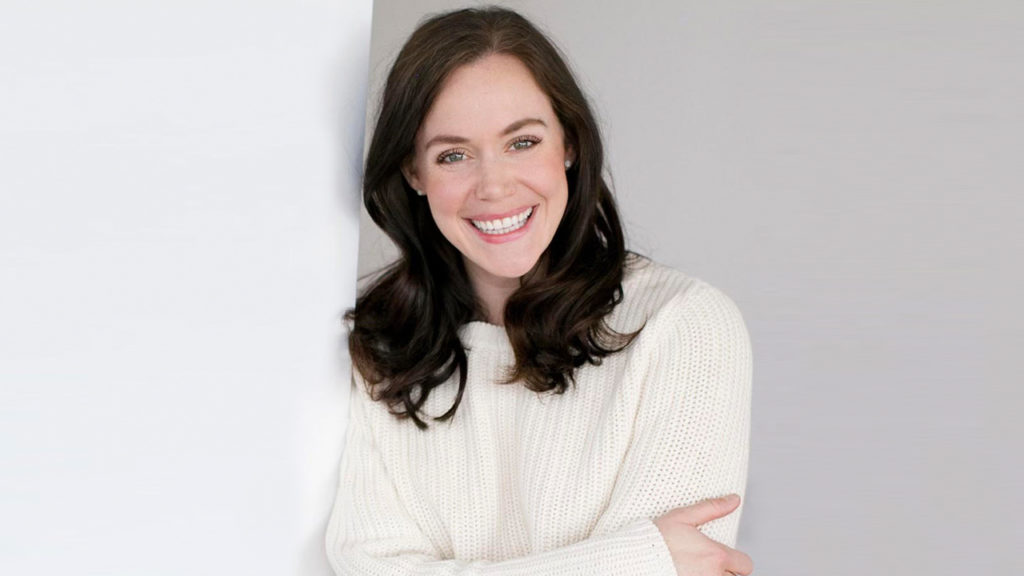 Gold medallist Tessa Virtue has spent the past couple of decades delivering big Olympic moments. Now she’s joined the CBC broadcast team to witness and bring new stories to us. We are here for it. Streets of Toronto asked Virtue about her new gig, and what it’s like to not be competing for the first time since 2010.

How does it feel to be, at least virtually, heading back to the Winter Olympics?

Oh, I’m so honoured to be part of this CBC team and to have the opportunity to tell the athletes’ stories. And it’s certainly different this time around. We were hoping to go to the 2006 Olympics so we were preparing — we were alternates that year [she didn’t make it, but competed in 2010, 2014 and 2018]. So it’s been quite some time since a Winter Olympics has rolled around and it hasn’t been my entire life. But what a privilege to be on the other side of it, to be part of such an esteemed broadcast team. It’s really exciting. I’ll still get a little bit of adrenaline and nerves and pressure.

What do the Olympics mean to you?

For one, they symbolize a very significant first chapter of my life or maybe first couple of chapters. For so long my life and, honestly, those of my family and friends, too, were marked by the Games since 2010. And then 2014, 2018, we just thought in these four year cycles. But it’s so much more than that. And we never really took that for granted. There are so many ways in which the Games are politicized, particularly in the lead up. And yet, when that torch is lit and the competitions begin, it’s as if time stops, and we can all focus on the purity of sport, and it’s really beautiful. And I think it can bring people together. It can.

What do you miss most about the period leading up to the Olympics?

I miss the clarity of one very specific goal. And one purposeful moment in time chasing that feeling. I miss the big stage. I remember Hayley Wickenheiser saying that one time, when I asked her how she felt. I think that was when she was in med school. And she articulated there’s something about the big stage. Its sense of meaning and significance is astounding. So I missed those things. And I suppose ultimately, I also missed the camaraderie. And there’s something special to be part of the Canadian Olympic team.

What are these athletes going through right now?

Emotions are heightened surrounding an Olympic Games, no matter the circumstances, and I imagine even more so this year. I would presume they’re running the gamut of emotions, feeling anticipation, some fear, certainly excitement, nerves, pressure.

How is our Olympic team looking and what are you most excited to watch?

Oh gosh, I can’t wait. I’m the biggest Olympic fan. So it’ll be so fun to be — when I’m not in the commentating group — just parked right in front of the TV trying to absorb all the stories and following along. I mean, there are some standouts, people that we share a mental performance coach, Max Parrot and Mikaël Kingsbury. I can’t wait to cheer them on. Of course, I will say the women’s hockey team at every Games is the central pillar, like they were the heart and soul of the Canadian team. So I have so much admiration, so much love for those women. And, of course, our skaters. I mean, it’s going to be really exciting to see some fresh faces, which will be a great experience for them, and some seasoned vets. I think we’re going to be well represented no doubt.

You know, in general, I think the Sochi Olympics was probably the best month of my life. It was so fun. Such a formidable team. But it’s the memories in the cafeteria, when you’re chatting with the curlers and you’re connecting with athletes who have very similar stories, even though you know there is such a variety of paths to get to the Olympics. It’s fun to connect with people who understand the sacrifice and determination it takes to perform on the world stage.

You’ve moved to Toronto. Have you landed on a few neighbourhood faves yet?

Having a dog, I have to say High Park is a real highlight. I love Trinity Bellwoods, but you know, some specific favourites: the restaurant Vela, Union, Jimmy’s Coffee; Bloomer’s Donuts is a staple of mine now. But there’s a vibrancy to the city. Granted, I moved during COVID, so not the best time to really pick up on the flavour of the city. But even just kind of wandering and getting an overall feeling for the city, I’m so happy to be here.