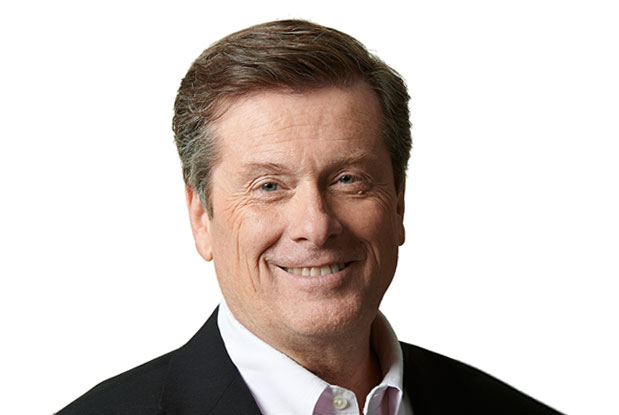 Our weekly recap of the week’s news nuggets in Toronto will bring you up to date and add some fuel to your small-talk tank heading into the weekend.

And so it begins

The real Toronto election campaign is almost underway after both John Tory and Karen Stintz signed on the dotted line on Monday. Early indications show the race is getting interesting with some polling shows a virtual dead heat between incumbent Rob Ford, John Tory and as-yet-declared candidate Olivia Chow. But, Chow and Tory are said to have “higher ceilings” as half the city have already firmly decided not to vote for Ford.

Cindy Tang, a 17-year-old student from the Toronto area, won the inaugural Doodle 4 Google Canada contest with her Sea Telescope drawing. Her prize includes a $10,000 scholarship, a laptop computer and a $10,000 grant to her school.

The Toronto Maple Leafs showed a little rust after the break for the Sochi Olympics losing in overtime to the New York Islanders on Feb. 27, and that's not a good way to start the final push towards the playoffs.

Toronto has a long and rich history of temperance and good, old-fashioned restraint. But, one group is trying to end more than a century of goodness by arguing that local bars should be able to serve the demon liquor until 4 a.m. when special events such as Luminato are underway. Yes, four in the morning. Madness.

Best story of the week

A group of senior citizens foiled a robbery in downtown Toronto thanks to a well-placed cane to the groin area that helped subdue the suspect. Bam. Book 'em. https://twitter.com/etalkCTV/status/438775302106669056/photo/1

In his first decisive move in the mayoral election, John Tory really wants our outdoor rinks to stay open! Hey hey, who is this creative, outside-the-box thinker? Sign me up for the Tory train.

Social media was dealt a serious blow when Twitter apparently pulled the account of Mayor Rob Frod, an account that satirized Mayor Rob Ford. But, after a short delay, @TOMayorFrod is back in business, with a more clearly defined separation between satire and state, with Mayor Frod now obviously a Swedish mayor of some sort. Welcome back.

Dreamy Robert Pattison has been spotted around town in Toronto while filming his latest movie, Life. Earlier this week, the eTalk folk tweeted a photo of the Twilight star with cows. How cute is that?

Rob Ford’s lengthy profile in American magazine Esquire was accompanied by some very nice photographs. According to The Grid, they were shot by local photog Finn O'Hara, who describes the shoot in detail.