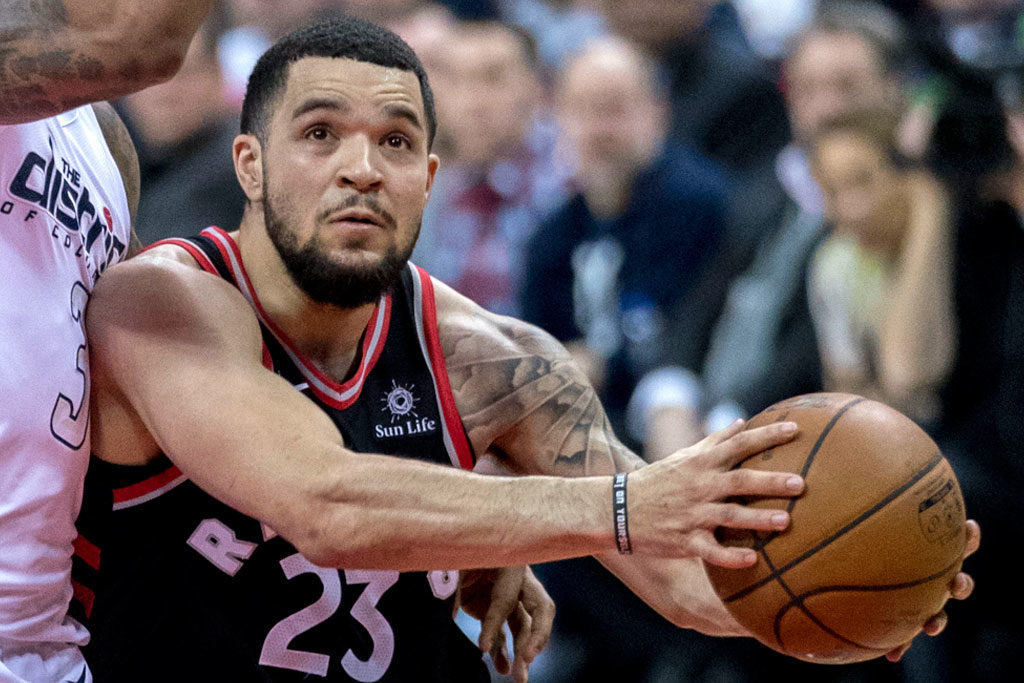 The NBA Champion Toronto Raptors kicked off the new season in style recently with a ceremony to honour the team’s epic championship win, which was followed by a big overtime victory in which Fred VanVleet dominated, scoring 34 points. The undersized and big-hearted point guard from Rockford, Illinois is expected to be one of the team’s big contributors this season if the Raptors have any chance of overcoming the loss of Leonard, and competing for another championship.

How was the opening night ceremony?

That was a special day, man. I mean, winning the trophy, winning the championships and then adding another special night to that, getting the ring, winning and playing well. It was great.

Do you think with Kawhi gone that teams are sleeping on the Raptors this year?

Yeah, probably. But it doesn’t matter. We’ve been there before. All we gotta do is go out there and play. If we play well, the rest will take care of itself.

What must the team do to compete for a championship?

Stay healthy, continue to get better each day, each week. And, as long as you do that, at the end of the year as long as we get into the playoffs we’ll have a chance.

Did you get a chance to take the championship trophy anywhere?

Yeah, I took the trophy home to Rockford, Illinois. I host a camp there every summer, so I had my trophy there and the kids and the whole city got to see it and take pictures. It was pretty cool.

The security for Larry🏆not me I promise

You and Pascal Siakam will be looked upon to raise your game to an even higher level this year. Are you ready?

How has coming up behind Kyle Lowry impacted your development?

He’s been so influential to me as a big brother on and off the court. He’s teaching me things daily. I’m learning from and watching him. I’m in the perfect position to be learning from an all-star, day-in and day-out.

I love it, man. The fans are really passionate. You get the best of both worlds. It’s kind of got that Philly or New York vibe where if you play good, they love you and when you play bad they kill you. And you have to be able to manage that.

Do you see their basketball IQ growing?

Where do you like to spend your free time?

I used to live downtown, but I moved up north a little bit. We liked to go to Cactus Club quite a bit. We liked going to the malls, and Queen Street West and just mingling around. There’s an unlimited amount of spots down there to check out.

There was a video of you hooping at a pickup game in a park last year. Was that up near where you moved?

Yeah, I’m up there in the York Mills area. I was driving by and saw some guys out there playing and just had to hop out.

Drove by had to get a few runs in pic.twitter.com/1QwAFvHHJI

Here are some questions from the Proust questionnaire for you. First, what is your idea of perfect happiness?

Just peace and space and freedom.

Which person do you most admire?

What is your greatest extravagance?

Is your collection getting big?

Not yet. I’m trying not to get there, but I’m working on it.

Hmm, like a real talent? Singing. Everybody wants to sing.

If you could change one thing about yourself, what would it be?

What is your greatest achievement?

Buying my mom a house.

What is your greatest treasure?

What do you regret?

What is your life motto?