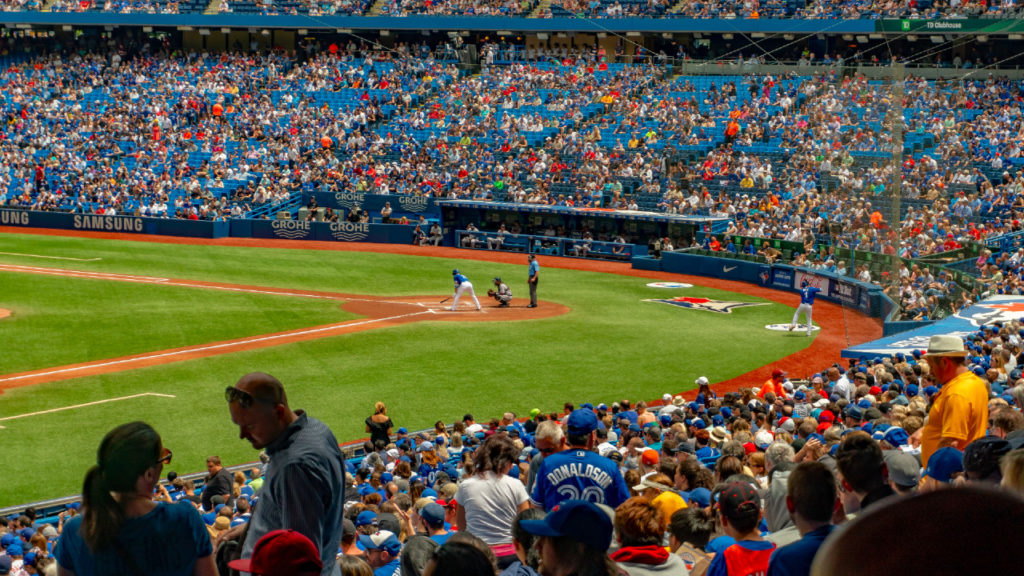 They’re coming home! Ask most Toronto sports fans and they will be familiar with the Blue Jays’ promotional song that has been used to kick off the baseball season over the past decade.  “Coming Home” by Diddy – Dirty Money and Skylar Grey induces chills of anticipation for the upcoming season for all baseball followers.  But today, the song, with lyrics like “I’m back where I belong,” holds even more weight as the Major League Baseball team returns to Toronto.

Tonight, after 670 days away from home, the Jays will be kicking off a series against the Kansas City Royals at Toronto’s own Rogers Centre. This series begins a ten-game homestead to be played at the stadium.

The team stepped off the plane – and onto the field – early this morning, and by the looks of the Blue Jays’ official social media accounts, the team is just as excited to be back as we are to have them back.

The return of the Canadian team has the entire nation celebrating, with Blue Jays flags raised in Regina, Fredericton, Yellowknife and across the country. The team’s white and blue colours are lighting up the CN Tower, the Toronto sign at City Hall, Niagara Falls and even the Rogers Place in Edmonton.

The Jays have not played a home game in Toronto since the end of the 2019 season due to Ontario’s travel restrictions. Most of the team’s home games so far this season and all of last season were played at Sahlen Field in Buffalo with no fans in the stadium until just a few months ago.

The Jays are celebrating with a special opening ceremony airing live on Sportsnet before tonight’s game. The ceremony will welcome fans back to the stadium with 250 members of the Canadian military carrying the Canadian flag and Forte, Toronto’s Gay Men’s Chorus, leading the national anthem.

The ceremonial All-Star first pitch will include four All-Stars who represent the survivors, essential workers and relief supporters of the pandemic. These community members will be throwing the first pitch to the four All-Star Blue Jays players.

The Rogers Centre will be treated as an outdoor stadium with the roof fully open when weather allows. There will be a maximum of 15,000 spectators, about 30 per cent of the almost 50,000-person stadium capacity. Mobile ticketing, screening, mandatory masks, and social distancing are all in place to keep the event as safe to the public as possible.