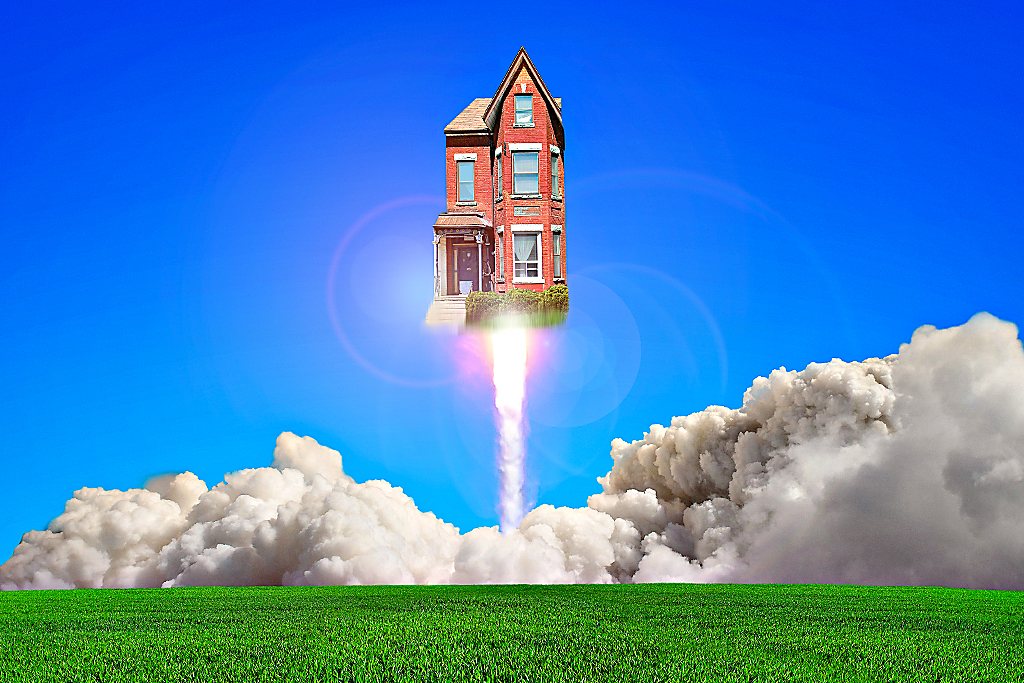 Wallace Emerson, between Dufferin Street and Lansdowne Avenue and Bloor Street and Dupont Street, offers similar affordability to the east end with a bit more of an urban feel, and is set for booming growth in the coming years.

THE COST  Freeman noted that the area is nestled right in the middle of a number of well-established neighbourhoods, such as Regal Heights to the north, Dufferin Grove to the south and the Annex to the east, that carry their influence over. The Galleria Mall is down, and a massive new development will rise over the next few years, ushering in even more change.

THE VIBE  Wallace Emerson is an ethnically diverse area with plenty of young families as well as older residents. It’s getting more urban than in years past and is attracting plenty of creative types as well as community activists. And it’s a great area if your source of transportation happens to be a bicycle.

GOODS AND EATS  It’s all about Geary Lane with Blood Brothers Brewing, Famiglia Baldassarre for fresh pasta and delish Middle Eastern at Parallel. But don’t sleep on the old school Portuguese bakeries and sandwich shops. A lot of hidden gems too. One of Richmond Hill’s oldest suburban neighbourhoods and perched quite near the historic village core, Mill Pond is an idyllic family neighbourhood with large homes on leafy streets and gorgeous Mill Pond Park at the centre of it all.

THE COST  A detached family will run $1.5 million and up, but the homes are large and so are the lots. Renovated raised bungalows can fetch $1.2 million.

THE VIBE  This community is like a slice of old-timey goodness wrapped in history. It has everything one might desire in a small town, but it’s moments from all the amenities befitting one of the province’s fastest-growing municipalities and just minutes from the centre of the universe. Community life centres around beautiful Mill Pond Park where there is an array of events throughout the year from skating and winter carnivals to summer concerts.

GOODS AND EATS  Stroll down Mill Street to the village core and find a wonderful collection of globally inspired dining options such as Oyaji Sushi for laid-back Japanese cuisine and the fun and festive El Bocho for Mexican. Sue’s Market is a gourmet food shop with a community focus. Tucked between Allen Road and Dufferin Street just north of Eglinton Avenue West, this family area has serious potential for in-the-know buyers looking for a detached home with a big upside.

THE COST  This area still has a collection of smaller post-war bungalows kicking around in the $700,000 to $800,000 range, but they get snapped up quickly and converted to new two-storey homes. Once that happens, the price doubles, and newly renovated or built detached homes will go for approximately $1.5 million.

THE VIBE  There is a diverse group of folks living in this area, from an Orthodox Jewish community to Italian, and that provides the area with a lot of life and energy.

GOODS AND EATS  Due to its proximity to Little Jamaica, Belgravia has some seriously tempting food options, especially the jerk chicken variety, as well as the best Jamaican patties anywhere in the city at Randy’s Take Out. There are numerous options along Eglinton east of the Allen Road, including Jerusalem Restaurant and Marron Bistro. In a near perfect suburban Toronto location, the neighbourhood of Silver Hills is one of North York’s best-kept secrets with access to great commuting routes into the city as well as out of town, natural escapes in the ravine system and incredible schools.

Surrounded by the city’s most upscale areas such as The Bridle Path and Hogg’s Hollow, homes here offer similar magnitude and lot size without the heavy price tag that comes with the reputation.

Expect to pay upwards of $2.5 million for a beautiful updated family home on a large lot  all the way up to $7 million for a dazzler.

This classy area is very safe and family-oriented. Some of the city’s best private schools, such as Crescent and Bayview Glen, are nearby, as well as a good public secondary school in York Mills Collegiate.

There are options in all directions for Silver Hills. Right in the neighbourhood at Leslie and York Mills sits a fine dim sum restaurant, Kwan. There is also a new Oliver & Bonacini restaurant, Babel, at Bayview and York Mills, and Bayview Village shopping centre is just around the corner. THE COST  Considering what homes sell for in the nearby Beach and Fallingbrook neighbourhoods, Birchcliff still flies somewhat under the radar. But that’s changing fast, as plenty of new development is underway. Condo options are reasonable at $500K per, and a gracious Cape Cod home would set you back $1.5 million. Not bad at all.

THE VIBE  This neighbourhood has a laid-back, nature-loving vibe thanks to the proximity of the stunning bluffs, as well as park space that runs along the lake and area ravines. The Beach boardwalk is a short distance away. The imposing Toronto Hunt Club is a bit austere, but great for dog walking potential in the winter.

GOODS AND EATS  Plenty of fun new shops and restaurants are springing up along Kingston Road including the Birchcliff Coffee Shop, Barkhouse G­rill for burgers and Jatujak for Indonesian street food. Leaside is rooted firmly in industrial heritage. Head east of Laird and those roots still shine through. And it is this area that will draw more residents to the area as development after development opens up great investment opportunities.

THE COST  New family-sized condominiums in the area with terraces overlooking Sunnybrook Park and the Don Valley, for example, run approximately $800,000 to $1.1 million.

THE VIBE  Leaside is very family forward, but the funny thing is that the neighbourhood is so popular that youngsters don’t want to leave, and are looking for a way to buy in and stay close to home. Enter the East Leaside condo boom. With the Eglinton Crosstown on the way, there are thousands of units east of Laird coming online over the next decade, and an industrial park ripe for start-up businesses for the incoming creative class. It’s going to be fun.

GOODS AND EATS  Adamson’s BBQ was an early adopter of the sweet warehouse space in the industrial park east of Laird. This Texas BBQ restaurant is one of the best in town. Don’t forget Charmaine Sweets and the Amsterdam Barrel House. Thanks to the 2015 Pan Am Games, a burgeoning and lively ’hood has sprung up on the derelict lands that once surrounded the tiny Canary Diner across Cherry Street from the historic Distillery District. This area is great for those who love to bike everywhere and need quick access to what the city has to offer and as an investment with Sidewalk Toronto on tap.

THE COST  Condos are the only game in town. Expect to pay a cool million for a good two-bedroom unit, but be quick. This neighbourhood has nowhere to go but up.

THE VIBE  Shiny and happy. Everything is new in this micro neighbourhood, and when it isn’t, it’s historic and absolutely charming. Head to all the new parks like gorgeous graffiti-emblazoned Underpass Park to shoot some hoops or the Don Valley trails or be in the middle of everything in minutes. The new YMCA is a sustainable masterpiece and a great place for a workout or swim.

GOODS AND EATS  Morning perk ups or afternoon chill can be found at Dark Horse, gourmet pub grub and tasty suds at the Aviary and delish Middle Eastern fare at Souk Tabule. Oh, and the entire Distillery District restaurant scene is right there. Located just around the corner from Greektown south of the Danforth between Jones and Greenwood, the quiet, friendly neighbourhood of the Pocket is one of the east end’s hidden gems perfect for families.

THE VIBE  Like if Mr. Rogers was a younger man and keen to settle down in the east end, this is the ’hood he would pick to hang his cardigan. Here, neighbours matter. Kids play on the streets. Moms and pops keep a watchful eye from the porch. It’s a pumpkin parade kind of place. Phin Park and other green spaces abound. Withrow and its farmers market and artistic performances is a few blocks away.

GOODS AND EATS  There are always new editions to the Danforth strip, but standards include the throwback Square Boy for burgers and the Only Café for pints drawn from an excellent selection of local breweries. Nearby, the Gerrard Street East strip is one of the hottest around with spots like Pinkerton’s, Pour Romeo and La Cubana. The Eglinton Crosstown LRT will be open eventually, and is already changing the real estate landscape in the city. Case in point, the charming little neighbourhood of Rockcliffe-Smythe. For years, this cute nabe has had the look and feel of a bona fide central neighbourhood without the inflated price tags. Bargains are harder to come by, but investing in this ’hood could pay dividends for years to come.

THE COST  The stock is a mixed bag of bungalows, semis and detached in all shapes, sizes and conditions. Expect to pay more than $700K for a renovated brick bungalow. This is a great area for fixer-uppers. Hammer-forward families will benefit.

THE VIBE  The area is surrounded by parkland with Smythe Park in the middle of it all. The streets are residential, the trees plentiful. Young families are drawn to the area for the affordable and eclectic homes that are more urban than suburban. Expect strollers aplenty, but hip strollers pushed by in-the-know hip parents.

GOODS AND EATS  The main strip is nearby Mt. Dennis at Weston Road and Eglinton where Supercoffee acts as a community hub. There are also a number of craft breweries that have opened up on Symes Road: Junction, Rainhard and Shacklands. There are few areas more exciting and up-and-coming than along Dupont Street as it stretches toward the Junction and Bloor near Sterling Road where the Museum of Contemporary Art relocated in recent years. Both of these areas happen to be in the Junction Triangle, which runs roughly between Lansdowne and the West Toronto Railpath, with the tip at Dundas and Sterling running up to Dupont.

THE COST  Plenty of condo developers are catering to first-time homebuyers, so there are options beginning around $500,000. There are homes and industrial lofts at higher price points.

THE VIBE  The newly restored MOCA is nearby, as well as a number of smaller galleries that add a hint of creative to the industrial environment, and that has attracted a number of artists and creative types to the ’hood. People bike the railpath, they climb at Boulderz, sip coffee at Common and talk politics.

GOODS AND EATS  Drake Commissary set up shop beside the impressive MOCA building on Sterling south of Bloor. Ethica Coffee Roasters has recently opened up in the historic building that was home to the Art of Banksy exhibit. Gaslight is a cute cocktail bar on Bloor.