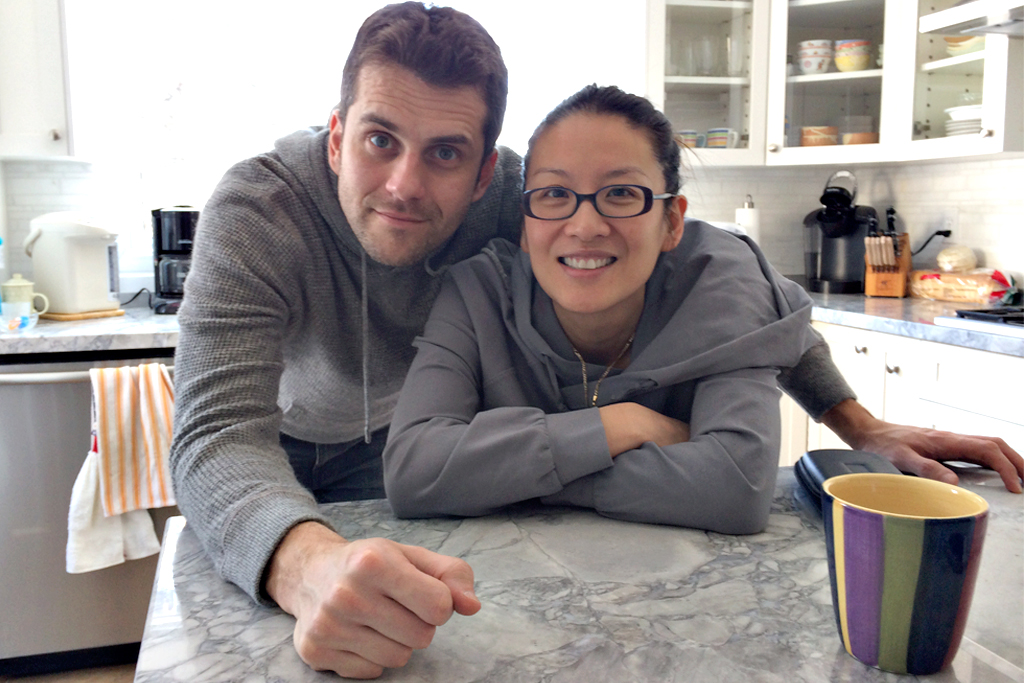 Lainey Lui is back on television screens this fall on the eighth season of The Social, where she’s a co-host, as well as her role as an anchor on etalk. The Torontonian is also known for her popular website LaineyGossip.com, which she runs with her husband Jacek Szenowicz. We caught up with her to find out how her and Jacek met.

I was working as a corporate trainer in Toronto and I was sent from Toronto to the office in Vancouver to train the staff on a new program that the company had launched. Jacek was one of the supervisors in the class that I was teaching. He jokes that he was hot for teacher, and to be honest, I don’t really remember him. When I got back to Toronto, he sent me a message over the intercompany messaging service, and then we just started messaging back and forth.

We messaged back and forth for a couple of weeks and progressed to phone calls at night for a few weeks, and then we realized we were super into each other. So then he flew me back to Vancouver to hang out with him, and we fell in love, and so our first date was him flying me to Vancouver.

The first three months were long distance, and I ended up moving to Vancouver four months later.

He proposed to me five months after that, and it was a total surprise. He took me to the site of our first kiss, which was outside the Pan-Pacific Hotel in downtown Vancouver, and he proposed there. We ended up having our wedding reception there as well.

We had two weddings. We got married officially in Vancouver and had one reception that was quite small with 50 people. Then we had another huge reception Chinese-style in Toronto a month later with 200 people.

We had three dogs together. Our first dog was Marcus, and he’s not with us anymore, and now we have Barney and Elvis.

We are in business together. Jacek is the director of LaineyGossip.com, so we are business partners and life partners. Sometimes those lines are blurred, and we have to check ourselves to reestablish those boundaries. It’s definitely challenging to not let work become the thing that just inserts itself randomly in our non-work time. But we manage through practise and really communicating when we don’t want to talk about work. Tuesdays are the day we typically focus on work, so after the regular workday, he will come to me with an agenda of items we need to discuss. We’ll get all that done, so at dinner we don’t have to let those things seep into our personal lives.

We spend a lot of time with our dogs. All four of us go for walks several times a week, and right now, we are both super into the show Love Island. So every night at 9 p.m. we have this time together where we are just killing ourselves laughing over these people and their hilarious love antics. We also golf a lot.

We live in the Beaches and we moved here in 2013 because it most resembled where we lived in Vancouver. It’s by the water, it’s tree lined and it’s perfect for our dogs.

The reason why we’re compatible is that neither one of us needs a lot of face time together. We become stronger when we’re apart. We respect each other’s space, and that definitely keeps us strong.

Catch Lainey Lui on The Social weekdays at 1 p.m. on CTV.