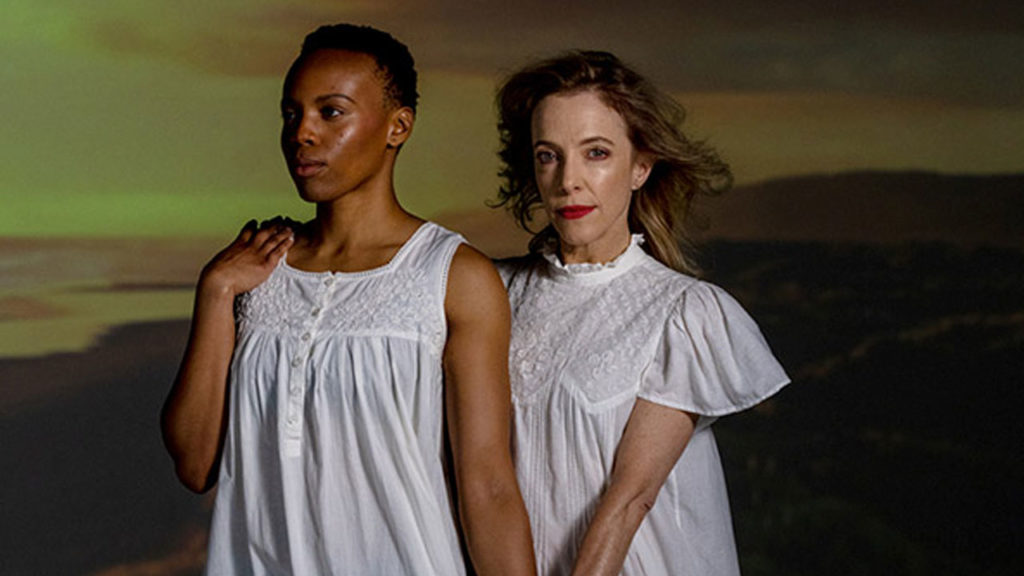 It might be cold and grey outside, by Toronto’s theatre scene is offering up some serious bursts of stage sunshine this month. Herewith, seven stage shows that are at the top of our cultural to-do list.

1. Go to Fall On Your Knees

One of the most anticipated productions of this theatre season is surely the two-part adaptation of Ann-Marie MacDonald’s acclaimed novel Fall on Your Knees. The production brings together the National Arts Centre, Vita Brevis Arts, Canadian Stage, Neptune Theatre and the Grand Theatre alongside co-creators Hannah Moscovitch and Alisa Palmer.

“Seeing Fall on Your Knees brought to fruition as a piece of theatre is the fulfilment of a process that began long ago when I first started writing what would become the novel. Fall on Your Knees began, in my mind, as a play. This makes sense because I was, and am a playwright,” says Ann-Marie MacDonald. “I ended up bringing the story to light as a novel, but I’ve always cherished the vision of it as a three-dimensional experience for a live audience. I am so grateful to all the incredibly talented artists, especially Hannah Moscovitch and Alisa Palmer, for boldly and beautifully bringing it to life.”

Taking place at the Royal Conservatory’s Koerner Hall, the 21C Music Festival features a collection of new music by a number of the world’s most innovative and unique musicians performing 10 concerts and 21 premieres. There are eight concerts scheduled in January, including Unruly Son on Jan. 29. The work is described as “a dramatic song cycle composed by Matthew Ricketts, with libretto by Mark Campbell, starring tenor Karim Sulayman. Unruly Sun is inspired by the life of filmmaker and queer activist Derek Jarman and his popular memoir, Modern Nature.”

Toronto’s Red Sky Performance hits the stage this month at the Berkeley Street Theatre for the world premiere of Miigis: Underwater Panther. The work, directed and choreographed by Sandra Laronde, the company’s executive and artistic director, draws its inspiration from a prophecy in which the Anishinaabe must move westward or perish. According to the company, the story is “about a great migration from the Atlantic Ocean to the Great Lakes, moving from salt to freshwater in search of a place of sustenance and chronicles the rise of matriarchy.”  Miigis: Underwater Panther is the second creation in Red Sky Performance’s Miigis cycle, which focuses on the power of nature and Indigenous prophecy. It runs from Jan. 21-29.

Fifteen Dogs is a play based on the award-winning novel by Toronto’s Andre Alexis. Fans of the book will know the story is told entirely by dogs who live in and around High Park. It runs from Jan. 10 to Feb. 5 at Crow’s Theatre. Fifteen Dogs, the beloved global bestseller, won the Scotiabank Giller Prize, the Rogers Writers’ Trust Fiction Prize and Canada Reads. Adapter and director Marie Farsi directed the wildly successful Ghost Quartet in 2019 for Crow’s Theatre, where she was associate artistic director for two seasons.

6. Go to The Hunger Games Shout-Along

Here is an event one might not come across every day, except in Toronto. At the Hot Docs Ted Rogers Cinema on Jan. 27, Comedy-duo Uber & Klonk will take over the Hot Docs Ted Rogers Cinema stage for The Hunger Games Shout-Along (Chaotic Edition), an interactive battle royale of who can yell loudest over the iconic film, featuring drinking games and countless shenanigans.

Mirvish Productions will feature the North American premiere of Pressure, opening on Jan. 24 at the Royal Alexandra Theatre. The work is written by British stage and screen star and playwright David Haig and directed by John Dove. The war-time drama Pressure is a Royal Lyceum Theatre Edinburgh and Chichester Festival Theatre production. It runs until March 5.