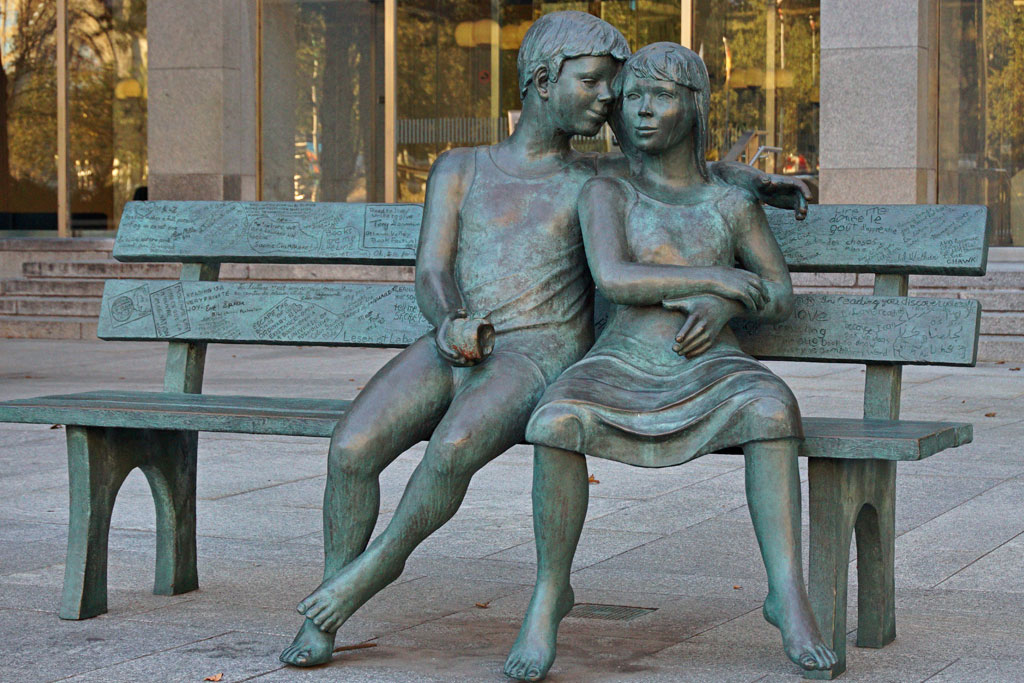 The Toronto Police are searching for a 500-pound iron sculpture created by Canadian artist and sculptor Lea Vivot – renowned for sculpting iron memorials to NDP leaders Jack Layton and Tommy Douglas, besides her numerous other works across North America and Europe.

The piece popularly known as the Secret Bench of Knowledge, was allegedly stolen from the front yard of a home in Toronto’s Forest Hill neighbourhood during the wee hours of Thursday, Aug. 27.

Featuring a life-size bronze bench with Eve offering an apple to Adam, the sculpture was procured by Murray Goldman in 1986 for $150,000 which, according to Goldman, is worth an estimated $500,000 today. Other locations of this famous sculpture include various cities in Ontario (including Sarnia), as well as Montreal (where it was put up in June 1989); there is also one in New York City.

It is alleged that multiple suspects approached the sculpture in its Spadina Road and Strathearn Boulevard location — a little after midnight on August 27 — removed it from Goldman’s front lawn and sped off in a white utility van.

Investigators are working to extricate footage from local surveillance sources.

“We will update the description of the van and details of suspects when the images are available,” said the Toronto Police in a statement.

Toronto Police, however, say they are optimistic that “the media release of this sculpture would assist in the recovery of this treasured community piece.”