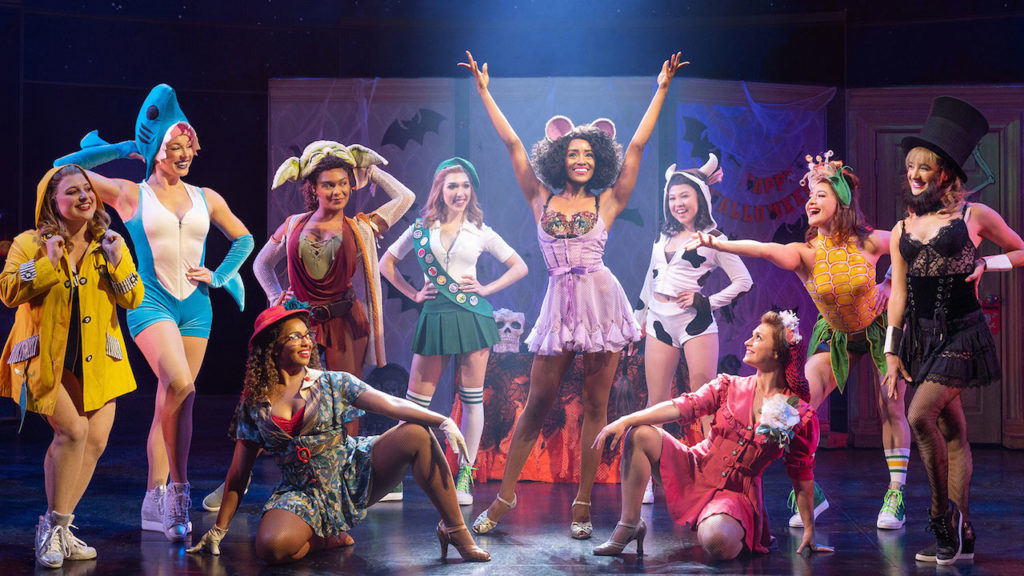 A musical take on Mean Girls has just opened at the Princess of Wales theatre in Toronto where it will run until at least Nov. 27. It is a lively and entertaining production that remains faithful to the essentials of the original cult-classic movie while giving it a slight update to include social media and cyberbullying.

Want an ideal bridge to connect over the chaotic chasm of adolescence with your own teenager? This might just be your best shot.

Sitting down to take in the production one is reminded of just how deeply the city’s Mean Girls roots extend.

For instance, the original 2004 movie was filmed in Toronto and co-stars former Toronto resident Rachel McAdams.We love our plucky actor who went on to much acclaim and has since become a bona fide movie star. But she really started to establish herself with her portrayal of the alpha-Mean Girl, Regina George opposite Lindsay Lohan.

It, like the musical production that premiered in 2017, is produced by Lorne Michaels. You know Lorne. He went to Forest Hill Collegiate, and UofT before starting his career on CBC Radio on his way to making his mark with a catchy comedy show dubbed Saturday Night Live. It’s done well.

Michaels produced the movie but also acts as the executive producer of the musical production alongside Saturday Night Live alum Tina Fey, who also wrote the original movie.

The movie is set in Illinois, but the school exterior in question is none other than Toronto’s Etobicoke Collegiate Institute with Malvern Collegiate providing the backdrop for the big gymnasium confrontation scene. The mall? Sherway Gardens.

We hold this badge of entertainment honour, this connection, close to our hearts. Mean Girls is us, we are Mean Girls. So we approach this new-fangled production with perhaps a bit more of a critical eye than usual.

Yes, Mean Girls is a fantastic and relevant story that wraps up a slew of teenage anxieties and issues in a tidy two-hour package. It’s got laughs, romance, and some standout performances.

First, let’s talk about Karen, here played by Morgan Ashley Bryant. Yes, this is the “dumb” girl, which is a bit problematic at its core. And this side of her character is played up at the beginning for some laughs. And, yes, we laughed. But there is much more to Karen on display as the production continues. One of her best moments was in a discussion that turned to sending nudes to a guy with her phone.

The movie had its share of dark comedy, and this is just an example of that same sensibility updated in the musical to reflect social media and its impact on teenagers. And that’s not to mention, Bryant is a fantastic performer who shines and draws the audience’s attention at every turn.

We also love the lead character Cady Heron’s friends Janis and Damian. When Heron arrives at a new school after moving back to America from Africa where she was home-schooled, these two take her under their collective wing. They are the kind of friends that we want for our own kids: supportive, fun, and different in all the best ways.

Artsy kid Janis Sarkisian is played by powerhouse singer Lindsay Heather Pearce, who turns in a stunning performance. Damian is played by Eric Huffman, who also does a fantastic job in his role.

Overall, the second act moves much faster and is much funnier and more entertaining than the first, which seemed a bit slow with the pacing, and inconsistent with the performances. But, this production definitely finds its groove and sticks with it.

Following the show, the gaggle of teenagers I chatted with were pleased with the musical take on a movie near and dear to their hearts. They thought the addition of social media was justified, and that they took it just far enough to not mess with the tone and impact of the original story. So there you go.

We wouldn’t have minded a nod to Toronto in this production, given our roots with the story. But this is a touring show. Is it for everyone? Maybe not. It is certainly entertaining and there is plenty of talent to appreciate. But the subject matter may not hit the mark for all, and it doesn’t really try. All part of the charm of this quirky musical comedy.