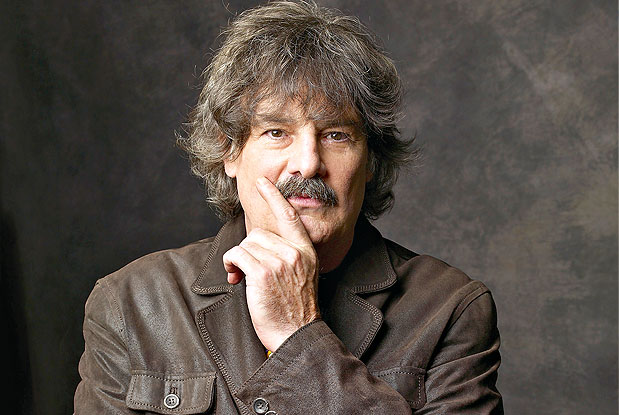 The one-and-only Burton Cummings returns to the venerable Massey Hall stage on Sept. 18 as part of Canada’s Walk of Fame Festival, which also includes performances by Dean Brody on Sept. 19 as well as Matthew Good and actor Jay Baruchel on Sept. 20. Post City spoke with Cummings about his career.

OK, first, can you tell me about this Don Johnson movie? That’s a bit surprising.
Well, that was in 1980 [on the movie Melanie]. Don Johnson hadn’t done Miami Vice yet. I think the biggest thing he’d done was A Boy and His Dog several years before. We hung out quite a bit. He was a nice guy. We’d sit and sing country songs on set when we had the time.

Rumour has it, there is a local and rather shocking story behind the birth of your biggest hit, “American Woman.”
It’s a true story. It was at a curling rink called the Broom and Stone that was out in the Brampton area. We were playing a show that night, and Randy [Bachman] just started playing that riff, and I just sang whatever came out of my head over that, all that stuff about war machines, ghetto scenes, coloured lights can hypnotize, sparkle someone else’s eyes, that all came out right at the moment onstage. There was a kid bootlegging the show. It was so long ago, cassette machines were fairly new at the time, and we ended up getting the tape of that jam and that ended up being “American Woman.” It was a very happy accident.

And you still say you never did nail the vocals on that one, right?
Damn you for bringing that up! [Laughs.] It’s true though. You know, in ’68, ’69, Led Zeppelin came out with their first album, and every rock singer was knocked back thee or four notches. That was me trying to keep up with Robert Plant for the first time, trying to get up there in the banshee range of his. It’s something I have to live with.

You are all about playing these songs that people know, and you love just the way they were created to sound. A lot of artists shy away from that or try to play more from their current catalog. Tell me about that decision.
Well, you know, I’ve been one of the lucky ones to have my voice on a lot of hit records. I know why people are coming to see me. People heard those songs growing up. They are sign posts in people’s lives. I’m not going to start shoving a lot of new stuff down people’s throats. People want to hear “These Eyes,” “Hand Me Down World,” “No Sugar Tonight” and on and on. I don’t shy away. Hell, it’s hard enough to get a hit record. Why shy away from singing them for the rest of our lives?

Do you keep up with what the kids are listening to?
I don’t listen to a lot of new stuff. I still go back to Fats Domino and Little Richard a lot. There are a few acts though that I’ve followed. There is a group called Spoon that I like very much because they just don’t sound like anybody else.

Looking back on your career, what are you most proud of?
Just being around. From the early Guess Who days, the songs have never gone away, and that makes me proud. And it makes me proud that I was able to leave a group situation and have some success as a solo artist.… But, really, it’s the staying power of the songs.