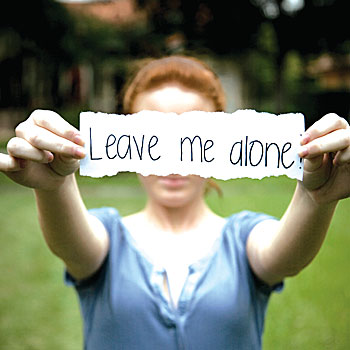 ’Round about now in the dog days of summer when the grass is starting to turn yellow and bees are getting ready to wreck al fresco meals, some of us begin the great countdown to Labour Day — those of us with teenage offspring.

There are days when a teenager’s astonishing ability to imitate a sea cucumber (lies around on the bottom of the ocean,  takes up lots of space) is positively impressive.

At those times we are sorely tempted to rush to judgment of our teens, and that will be a mistake. This is the time of their great oscillation.
One day they’re cute and good and thoughtful — their positive self. That day they help make dinner and actually participate in family life.
The next day they’re the not-so-cute self: Hostile, unhelpful, unresponsive and irresponsible. We say to them: “Why can’t you be like you were yesterday?” Which adds our voice to the chorus in their head, the boatload of “shoulds” that seldom stops — unless they numb it out with substances we don’t want them ingesting.

The “dirty shoulds” are the expectations we all believe the world has of us.

The difference between adults and teens is that we tend to have most messages from the “shoulds” under control whereas teens live under a constant barrage of those messages (both internally and externally generated), with precious little defence. You should be cuter, taller, have bigger boobs/shoulders, a smaller stomach, be cooler, better at basketball, etc., etc.

Teens live in a world of incessant expectations that they can never live up to because their own internal voices never stop comparing them to their (better-looking, higher-scoring) peers.

Until teens figure out (sometime after age 20) their place in the world, they’re stuck comparing themselves to everyone else. Teens don’t know who they are.

Teens are constantly looking for reflections to tell them who they are — which is why too much time “interacting” with screens is so bad for them: Screens are no help at reflecting who you are.

Only humans can reflect yourself back at you. As parents, it’s our knee-jerk response to tell them who they should be. They should be more helpful, less snarly, more thoughtful, more responsible, more grateful, do more schoolwork, etc., etc. The problem with those messages is that teens know all that stuff already, and nagging helps them feel not good enough — which is not helpful because it is part of being a teen to have a shaky self-image.

If we reflect the “shoulds,” we lose an opportunity to build their picture of themselves, to create another building block of identity. If instead we seize the moment to reflect back to them who they are at that moment:  “You really don’t want to help out right now.…” Or, “The thought of doing homework makes you want to puke.…” This is empathic listening.

At camp we call it active listening. A kid says: “I hate sailing.” We don’t try to sell them on sailing, we say: “Yah, I guess you do.… How come you hate it?… Tell me more.”

Therapists call this technique mirroring. You reflect back at the kid what you think they’re feeling, and then draw them out about it.. It works for homework or cleaning the kitchen or being nice to your sibling.

Meet them where they are and it helps them process their feelings, maybe even move through and beyond those feelings to a better place.