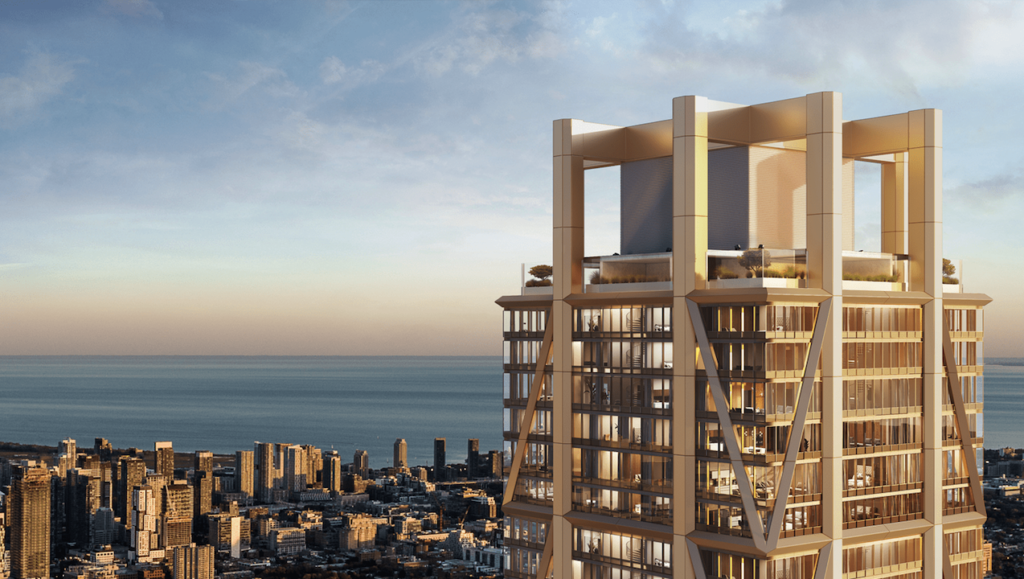 A new multi-use condo project called The One at Toronto’s Yonge and Bloor intersection was all set to have a glitzy tenant move in to the main floor of the retail space. Tech giant Apple was preparing to take up thousands of square feet of retail space for its brand-new flagship store. But the company is now threatening to exit the 85-storey skyscraper by Mizrahi Developments, causing major trouble for the project that is expected to be the tallest mixed-use residential and commercial building in the country.

The Globe and Mail reported that, with a variety of building delays and missed deadlines, the flagship Apple store may pull out of the project entirely by taking advantage of an option in its lease agreement that will allow the company o exist the space without penalty as long as the developer misses certain deadlines. According to The Globe and Mail COVID-19 related delays coupled with a plumbers strike in 2019 has significantly slowed progress on the build. Apple’s lease in The One is a sprawling 15,000 square feet with over 9,000 square feet of ground floor retail space alone. Mizrahi Developments even agreed to pay for all of Apple’s design costs for the custom-built ground floor space, estimated to ring in at $6.24 million CAD. Apple’s departure would leave a stunning – and enormous – space empty that may prove difficult to fill.

In court documents filed by Mizrahi in the Ontario Superior Court of Justice this past fall, The One argues that Apple was meant to be an anchor tenant in the world-class property and its exit will cause irreparable harm. “[It’s] a loss that cannot be compensated in damages,” the company stated.

Apple declined to comment on the matter when contacted by Streets of Toronto. There has yet to be any resolution and both parties appear to still be fighting out the issue in court.

The (potentially) now-empty space was designed by architects Foster & Partners and included seven layers of glass built with custom-fabricated panels retailing at over $400,000 CAD each. It may prove to be a problem for Mizrahi Developments, seeing as the space was designed specifically for Apple’s store requirements and a store like that one would be a major attraction for residents in the Toronto neighbourhood.

However, positioned in an ideal spot on the “Mink Mile,” at 1 Bloor St. W., where luxury retail abounds, other than a major blow to the ego and a bit of a hit to the building’s reputation, The One shouldn’t have too much trouble finding a replacement if the deal between the two companies is officially terminated. The condo building is set to include a hotel and restaurants within the building, not to mention the luxury condos and massive penthouses priced at over $30 million.