The New Mid Life: Understanding the birds and the bees after 50 with Dr. Jessica O’Reilly - Streets Of Toronto
Skip to content 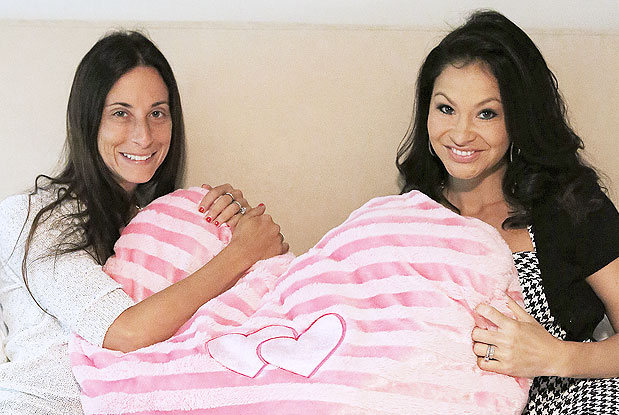 It’s that time of year again, where The big S-word is everywhere.

Fortunately, I’m not speaking about “school.”

We all know there are psychologists, therapists and even mixologists, but the latest trend is “sexologists.”

According to Dr. Jess, a sexologist and Toronto resident whose real name is Jessica O’Reilly, she receives at least five emails a day from those wanting to know how to become a sexologist.

“There seems to be thousands of us now,” says the highly educated beauty.

So what the heck is a sexologist? (Remember, it’s back-to-school time, so no question is a dumb one.)

“Really,” she says. “It’s an “umbrella” term for all those who study sex, people’s sexual behaviours, feelings and interactions.

“In other words, how people feel about sex and the scientific study of sex, which does include psychology, sociology, biology.”

However, Dr. Jess doesn’t call herself a doctor for nothing. She’s got a PhD in human sexuality.

In her work, she not only incorporates the education of sex, but also the entertainment of sex.

She had been doing a dating show on Cosmo TV when an American producer saw a video of her and asked her to host PlayboyTV’s top-rated reality show, Swing, about couples who want to have sex with other people.

“Toronto is full of swingers, especially those who are closer in age to 50,” she says.

(And, no, she doesn’t watch the couples having sex with new partners. She’s just the host, who helps them figure out their feelings.)

Surprisingly, at least to me, she says that just as many women as men are into swinging.

“They played all these roles as mother and wife and the love and sex has taken a back seat.”

But swinging is not for everyone.

“A lot are on their second marriage and know that they want to be free to be who they are and also that relationships aren’t affairproof.”

She also receives questions like, “My wife isn’t into swinging. How do I convince her?”

In fact, many of the couples in the new mid-life that she has met through Swing and the beachside couples’ retreats she hosts in the Caribbean have been “classy,” and they say that they feel so much closer.

“I mean, they overcame this huge challenging experience.”

Dr. Jess, has been married for eight years and talks about her husband like he’s God.

(So, sorry, you have NO chance with this beauty.)

She admits jokingly, that she feels the world expects her to have sex all the time.

“I feel like it’s my job to have sex,” she says and laughs.

According to her, an estimated 15 per cent of those in their mid-life have sexless marriages.

“They were still teaching the sex education curriculum from 1998.”

“There are two types: the ones that are still affectionate but are just not having sex and they don’t really know why,  and the other sexless marriage is because they are bitter and angry,” she says.

“But sex is not the problem. There are underlying problems.”

And, for those who haven’t had sex in years, she says they have to DIY (Do it yourself!), which she says is imperative.

Dr. Jess found a niche after teaching in a downtown Toronto school, where she saw the cost of failing sex education.

“They were still teaching the sex education curriculum from 1998,” she says, shaking her head.

“How could we possibly still teach that now, when teens are now sexting?”

Many teachers, she says, are still teaching sex education in a “prescriptive way” but not talking about the “struggles” and “celebrations.”

Ironically, even when she teaches teachers how to teach sex education to students, they often crack up, like 12-year-olds.

“You can’t teach sex education if you can’t even say the word ‘sex,’ ” she explains.

“Even teachers laugh when they hear the words penis [or] vulva.”

Dr. Jess says it’s OK to giggle, but when it comes to teaching children in this fast-paced world, you have to be as open as possible.

“A lot of teachers don’t even know that boys have two testicles, and, yes, one hangs lower than the other so that you can walk.”

She suggests teachers connect with community resources to get support for teaching sex education.

“Bring in Planned Parenthood or Toronto Public Health.” (Or her!)

She also believes that parents should not have “the talk” (an often embarrassing conversation) with their children just one time.

“If there’s a moment, when you’re watching a movie, it’s a perfect opportunity to discuss what they think of it.”

She also believes it’s important to start talking to your children about sex when they are young.

“It’s not only about sex education, it’s about healthy relationships.”

How does her mother feel about her daughter being on PlayboyTV and being a sexologist?

“She watches and giggles. She tells my dad that he shouldn’t watch because there is a lot of ‘boinking,’ ” Dr. Jess says and laughs.

Her new book, The New Sex Bible, is released this month.

According to the description, “Science and technique of sex. The knowledge to impress your friends and the skills to drive your lover wild.”

It also is a comprehensive primer to every aspect of sex and how to “get it and give it good.”

Interestingly, her friends don’t come to her for advice.

“It’s like talking to rich friends about your money woes,” she guesses.

Post City Magazines’ columnist Rebecca Eckler is the author of Knocked Up, Wiped!, How to Raise a Boyfriend, The Lucky Sperm Club and her latest book, The Mommy Mob.