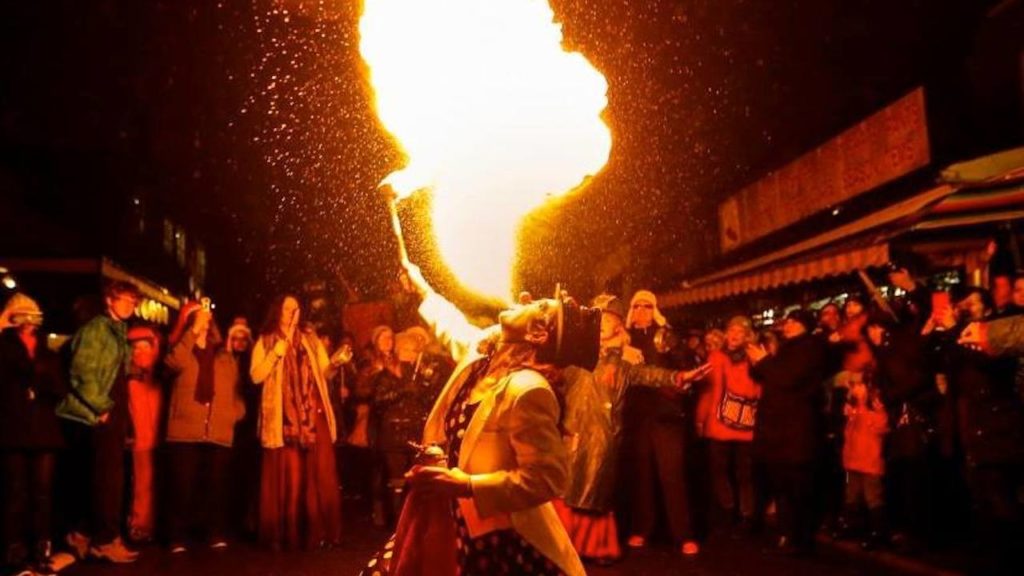 Not all holiday shows in Toronto are created equally and let’s be thankful for that. Much as we are sure there are plenty of folks who dig another session of Handel’s Messiah, others prefer holiday affairs that are a bit more off-the-beaten-path. Herewith, is our guide to some of the more unique and interesting holiday offerings around town this season.

Go to The Andy Kim Christmas

Massey Hall is the place to be on Dec. 7 for some serious holiday spirit served up by Toronto’s own Andy Kim and a host of top-notch musical talent. This year, special guests for the show include Broken Social Scene, Metric, the Sadies, Molly Johnson, Ron Sexsmith, Dan Hill, Scott Helman and High Flyer.

Acclaimed Canadian puppeteer Ronnie Burkett returns to Toronto for a randy little holiday treat this year. Canadian Stage is welcoming Ronnie Burkett and the Daisy Theatre to the Berkeley Street Theatre for the special holiday show Little Dickens. This is an adults-only (in this case 16 and over) puppetry take on the classic A Christmas Carol story. The Daisy Theatre’s Esmé Massengill is Esmé Scrooge, a fading actress wallowing in spiteful self-pity and a tart tyrant who viciously berates her mild-mannered backstage assistant, Bob Cratchit. The show, with a decidedly vaudevillian flair, runs until Dec. 18.

The undisputed queen of holiday music, Mariah Carey is set to perform her Merry Christmas To All holiday concert at the Scotiabank Arena on Dec. 9

One of the best and most beloved of Toronto holiday traditions is the annual Ross Petty panto at the historic Elgin Theatre. For 25 years, Petty has orchestrated a delightful production where generations of families can let loose, boo the villainous characters, cheer the heroes and, well, just delight in the wonder that is Plumbum von Botox. If you know, you know. But all great things come to an end, and this is it for Petty. The farewell production Peter’s Final Flight: The PAN-Tastical Family Musical opens Dec. 2 and runs until Jan. 7. Don’t miss it, as Petty himself will return to the stage in the role of Captain Hook.

You know and love Jack Armstrong for his role on the television broadcast team of the Toronto Raptors. But if you’ve watched enough basketball games, you also know that Armstrong has a penchant to sing a little ditty now and then, often around the holidays. Now, Armstrong has put some of his seasonal favourites to tape for Hellooo and Happy Holidays, arriving Nov. 18 via Comedy Records. Better still, Armstrong will hit the stage at the Danforth Music Hall on Dec. 6 for a special holiday sing-a-long extravaganza. Hellooo!

Go to the Basement Revue

Jason Collett’s annual holiday happening is, well, happening again this month over four dates at the Paradise Theatre on Bloor Street. The Basement Revue is a very cool event of music and literature that pairs one author and one musician for an artistic collab live onstage, curated by the Broken Social Scene singer-songwriter Collett. For instance, Margaret Atwood once worked the stage alongside the Sadies. It’s a unique and very Toronto holiday event that happens every Thursday in December.

Looking for a Christmas event that is nothing like you’ve ever been to before? The 10th annual Krampus Ball is set for Dec. 10 at the Opera House on Queen Street East. The event is billed as an alternative Christmas party where people dress up in crazy, sometimes dark costumes and get the holiday stress out in a healthy way. The evening includes a short parade of costumes on Queen, as well as a full slate of live bands, DJs, circus artists, burlesque and more. Check your inhibitions at the door.

Infamous Canadian comedy duo Kenny & Spenny are back for one night only in the How The Jews Stole Christmas Comedy Show. The performance is scheduled for Dec. 11 at the Phoenix Concert Theatre and will include video clips, special guests, Christmas competitions and more.

Go to the Winter Solstice Festival

One of the best winter traditions in Toronto is Kensington Market’s Winter Solstice Festival. Celebrate the return of the light on Dec. 21 beginning at 6 p.m. at the top of Augusta Avenue. The event first, organized by Red Pepper Spectacle Arts, began in 1988 and has grown to be a beloved annual happening that features street performances, a parade featuring handmade lanterns, and a warm and welcoming community display. Don’t miss it.

Go to A Charlie Brown Christmas

A Charlie Brown Christmas is a beloved holiday tradition for many families who gather around the TV for the familiar animated classic. But the program is also known for its incredible jazz soundtrack. And that particular gem is being performed live at the Dakota Tavern on Dec. 10 by  Vince Guaraldi Trio-bute, a trio of Toronto-born musicians.