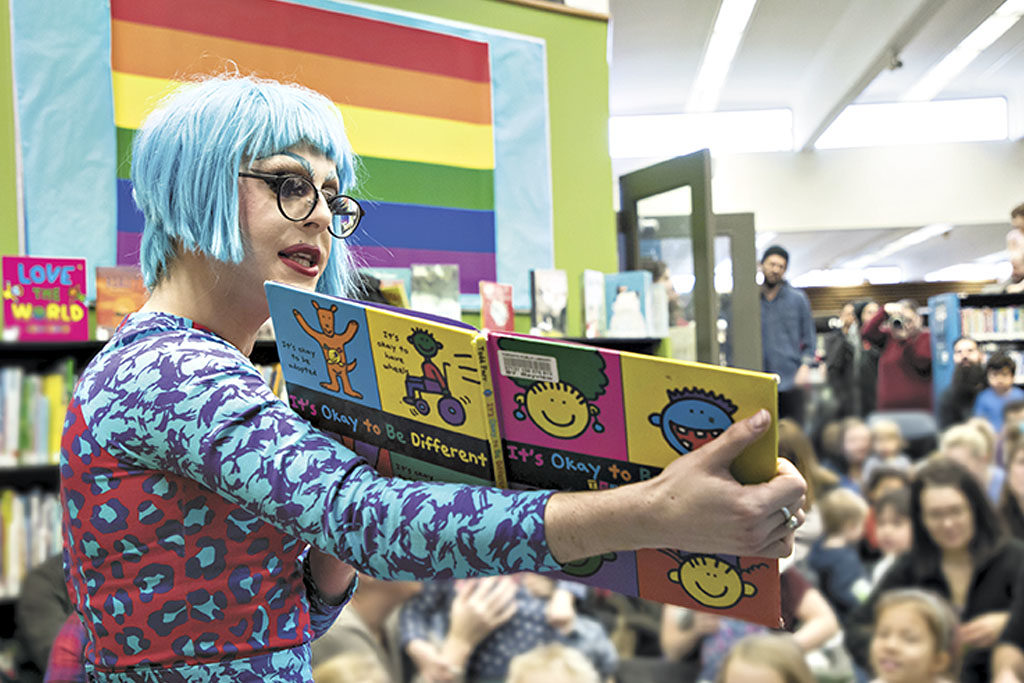 The library, more than ever, is a true community centre for all Torontonians, from families to those dealing with homelessness. The Toronto Public Library (TPL) has responded to this need and opportunity with a diverse set of innovative programs.

This year, the TPL hired its first full-time social worker, in response to the increase in the number of homeless people using libraries, as a warm space with Internet and community.

The library’s decision to bring in a social worker demonstrates its commitment to being not only a place to get and consume media, but to support and serve all Torontonians.

In response to the rising demand for technological programs are the digital innovation hubs, located at eight library branches, including the Toronto Reference Library and the newly renovated North York Central Library.

“The innovation hubs are amazing spaces for any project you need, ranging from something fun to your business,” says Fiona O’Connor, a senior services specialist, innovation, who previously managed a branch with a digital innovation hub.

“They offer people the space and opportunity to use these tools without incurring the costs.”

Fiona noted that the TPL’s goal is to introduce people to these tools and get them started. Then, it’s up to the patron to take the spark and run with it.

I asked her about the most enthusiastic users of the innovation hubs, and the answer surprised me. “Seniors!” she says.

“[Seniors are] interested in everything. They have the time, and they’re not fearful.”

“They’re interested in everything. They have the time, and they’re not fearful.”

She recounted a story of an older gentleman who had a window blind with a broken part.

When he contacted the company, he was told that they don’t make those parts anymore, and that he would have to buy a whole new set of blinds. Instead, he came to the library, learned coding design, and created a new part with the library’s 3D printers.

Another set of seniors would film themselves doing standup on the hub’s green screen, with the ringleader declaring that they would put the videos up on their blog.

Many of the core and flagship library programs, like the popular mini makers program, a low-tech STEM program for children four to eight years and their caregivers, are evidence-based programming choices based on extensive research by the TPL.

Other branch-specific offerings are based on listening to the community and getting their input on what kind of programs they would like. Some are just the sheer ingenuity of the librarians themselves.

On a Friday afternoon at the Bloor Gladstone library, I watched a bingo session led by children’s librarian Lynn McDonald.

She had a warm friendly voice that was able to carry above the din of excited kids and their parents, the kids largely unaware that they were improving their numerical literacy while having fun.

They echoed the numbers in high pitched voices, followed by triumphant declarations: “Yes, I have it, I do, I really do!” exclaimed a young child, no older than six. “We both have it mummy,” they added, spotting the number on their mother’s card. Their mother smiled.

I myself am a lifelong learner, and the library has a wealth of offerings to meet that need. I decided to take in some of the library’s new programs to test them out.

LEARN HOW TO MAKE MUSIC
I made my way to the Toronto Reference Library, home of one of the TPL’s five audio/video studios. The studio spaces provide all you need to do a number of tasks, from filming a movie or short film in front of a green screen, to creating your own podcast. Here, I took a class on using Ableton Live, a music-making software program that I own but have yet to master. I left with more knowledge than I had going in and excitement to put into practice.

MAKE CLOTHING
Although I know how to darn a sock, the last time I touched a sewing machine was in junior high. I looked at my pile of clothing that needed repairs and also found out about the library’s fabrication studio, which has machines for sewing, surging and machine embroidery and holds introductory classes in these techniques.

Each of these studios and spaces has a digital technician who is well versed in the subject matter — the fabrication studio classes are led by a tech with a background in fashion design, his particular strength. I resolved to sign up for the next available class on EventBrite, but it fills up fast.

3D PRINTING
I hopped on a subway up to the North York branch on a Wednesday afternoon to take one of the library’s core tech classes, introduction to 3D printing. Andrew, a digital design technician, led us through the basics of design in Tinkercad, constructing a rudimentary doghouse and showing us how to access the thousands of free available designs that we can modify and print.  Once we have our final model, printers can be reserved for two hours a day, up to three days in advance.

DIAL-A-STORY
At night, in need of a calm voice at the end of the day, I called Dial-A-Story, a dial in service that allows you to get a story read to you, in one of 16 languages. Around since 1989, it’s had a bit of resurgence since being featured in the TPL’s social media. I got “Snow White” on my first listen — it’s been a long time since I heard the original tale!

In the next few months, I’ll be signing up for an adult robotics class, fixing a skirt at the fabrication studio, going to drag queen story time and 3D printing a cookie cutter shaped like the Starship Enterprise.

I’m hoping that the library will run another session of the two-part series called Learn to DJ.

I urge you to check out the library’s offerings. You’ll learn, meet new people, and become part of a warm and welcoming community.