The King of Ossington, the coolest street in Toronto
Skip to content 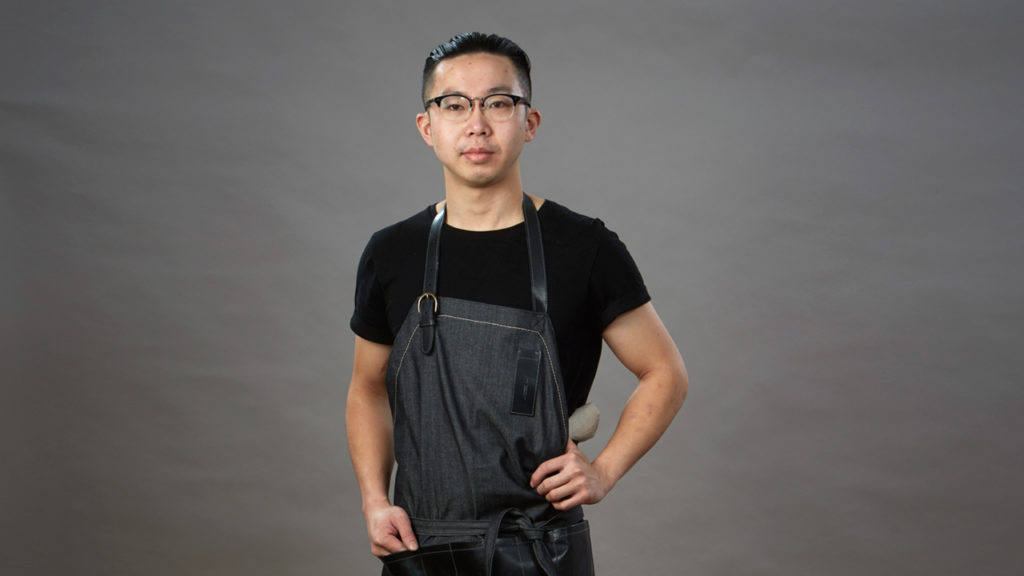 Jonathan Poon is an entrepreneur and business person, and he plays his cards close to his chest. Laid-back and soft-spoken, but restless to his core, the hipster chef from Hong Kong is ever expanding, in terms of both his own skill set and his number of revenue streams. It’s no surprise, then, that he moved his flagship restaurant, Paris Paris, from Dundas Street West to Ossington Avenue a year before it was officially declared one of the coolest streets in the world by Time Out. We spoke with him in March about the new location, future plans and taking risks that pay off.

After relocating Paris Paris last August, there are rumours that Poon has not one, but two more restaurants being developed in Yorkville. Poon, open and friendly — but just as revealing as he wants to be — would neither deny nor confirm the expansion uptown.

“I’ve always got something on the go, but I don’t think any of the things are ready enough to be announced. I will say I see potential everywhere,” says Poon, when asked point blank if his trendy, fusion brasserie concept is opening in time for the spring patio season north of Bloor Street.

“There are a lot of people in Toronto, but it’s not one hundred per cent certain that I will settle on the concept I have in mind for the locations that we’re working on. We have some locations and designs, but I don’t want to speak on anything too soon,” he says.

Cautious isn’t a word that could be used to describe Poon, who made the biggest bet in his decade-long career during COVID-19. Poon, who opened Chantecler on Queen Street West in 2012, was operating three restaurants when the pandemic began: Paris Paris on Dundas Street West as well as Superpoint, a trendy pizzeria, and Favorites Thai, a hipster Thai spot, both on Ossington Avenue.

He was the king of the trendy downtown west side, serving oysters and charcuterie, and he was the man behind some of the only shops — other than cannabis dispensaries — that were opening as schools and many restaurants closed.

However, the lease on Paris Paris, one of the buzziest, best-looking rooms in the city (which Poon himself designed) was winding down last summer, and so Poon set about to acquire his restaurant dream home: a converted garage on Ossington that he’d coveted for more than 10 years.

“I’d say the investment we made is probably enough for a down payment for a couple of houses in Toronto,” says Poon with a laugh. When he was just starting out — he’d been cooking since he was 15 — Poon invested his life savings into Chantecler, and there was no money left over for a designer, so he did the work on his own. Now, he not only designs his own places, but also works as a restaurant designer for hire. He says that the Omicron variant and the latest round of restaurant closings has put him and his staff on edge. He feels like restaurants in particular are being unfairly treated by the Ford government.

“I think the restaurant industry is an easy one to make an example of, but I’m not sure I agree that you should shut down a restaurant but open gyms and the ACC,” says Poon. “I’d argue that restaurants take many more precautions than retail, which has no contact tracing and is hardly wiping down every item you touch.” Still, Jonathan Poon isn’t one to wait for his fate to be decided by outside forces.

Although construction on his new spots — wherever they may be — is halted, he’s shuttling ingredients through his restaurants to capitalize on his places with the highest turnover for delivery. Cheeses from Paris Paris might find a new home on a delivery pie from Superpoint. He’s also opening a brick-and-mortar to-go wine and retail shop inside Paris Paris and always playing with new food ideas.

“I’ve been wanting to do a champagne and fried chicken service that we’ll be launching,” says Jonathan Poon of Poulette, which he launched inside Paris Paris at the end of last month. He also says that he’s been experimenting at his flagship restaurant with new concepts, like hand-rolled foie gras in pressed sushi, and that he’s constantly tweaking his menus and new food ideas. “Honestly, what I’m really trying to do is generate work for my cooks.”

Generating work is something that Poon has done since he helped elevate Queen Street West and popularise menu items like duck poutine and frog legs at Chantecler. He knows that today’s denizens of his restaurants might not be joining him for his cooking. But unlike certain kitchen purists, that doesn’t bother him. Esthetics, he believes, even after the pandemic — maybe even more so — are just as important as the food he serves. A Jonathan Poon restaurant isn’t just about what you eat, but how it makes you feel.

“We’ve all been through something so hard, with all these lockdowns and just huge life disruptions, that I think it’s great if a restaurant can make you feel good,” he says. “Really, wherever I go after COVID, I think that not a lot of people are seeking a gourmet dining experience — they’re really looking for a good time.”