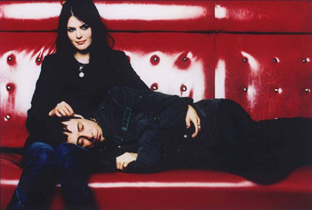 Alison Mosshart didn’t just command the stage at The Kills’ Kool Haus concert last night — she prowled it, barely able to contain her energy between songs. I only hope those bemoaning the death of rock ‘n’ roll were in attendance to get their fill of a gritty, swaggering rock that rarely rolls through town.

The duo of American singer Mosshart and British guitarist Jamie Hince formed in 2000 and, in addition to Mosshart's The Dead Weather (a side project with Jack White), have consistently turned out very good rock ‘n’ roll that, at times, touches on something more.

The Kills are about more than just the music. They are about the performance, and Mosshart and Hince bring it. Hince runs at the crowd, banging his guitar to coax out jarring sounds; he yells over the crowd in a way that can only be described as egomaniacal. Meanwhile, Mosshart proves that she is the coolest rock singer since the days of Joan Jett and Chrissie Hynde.

The band’s 90-minute set featured songs from their latest album, Blood Pressures, released last year. The new material sees the band carve out some new sonic territory, one that has Mosshart front and centre, fresh from her experiences with that other heavyweight band. Songs such as “Satellite,” with those sexy beats that border on dub step, prop up her slinky vocals, and the swanky dark chorus is a seriously welcome turn from the band’s standard bluesy, punk-fuelled distortion (which was never a bad thing to begin with). This band is far from a one-trick pony: they can make some noise and command a stage.

Other highlights included some well-placed classics such as “U.R.A. Fever,” a bone-jarring “Sour Cherry” and a cover of the Patsy Cline classic “Crazy.” The balladry continued with Mosshart's own Cline-esque tune, “The Last Goodbye,” off of Blood Pressures. The tune led off a lengthy encore — Hince and Mosshart owned the adoring crowd for the night.

They came, they saw, they kicked our asses. And we liked it. Now for the long wait until The Black Keys show up in March.