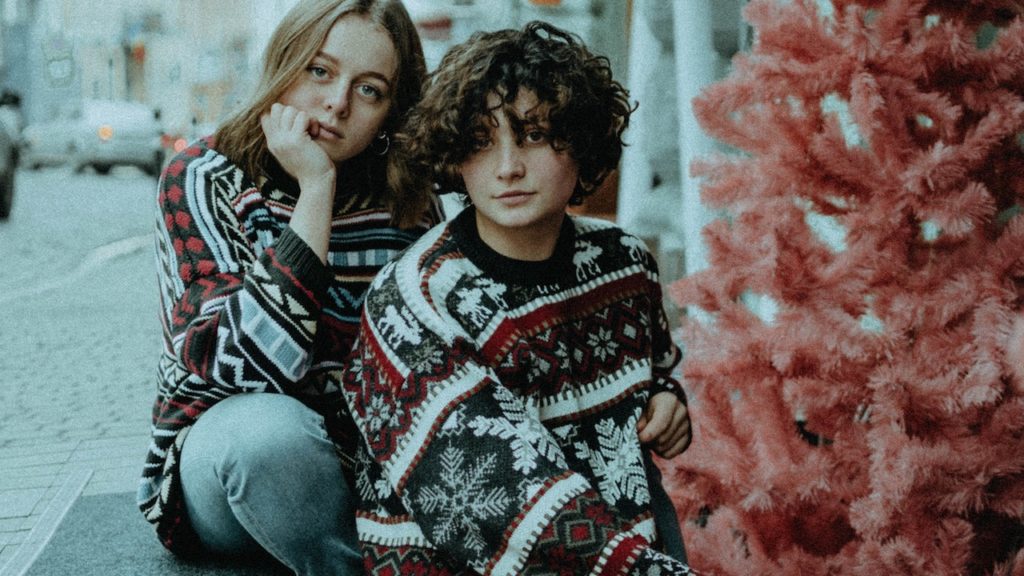 Every year, the clock barely strikes midnight on Oct. 31 before stores are dusting off their holiday decor, stringing lights and hanging ornaments to signify the start to the holiday season. Maybe you very quickly follow suit, barely out of your own spooky costume before you drag your Christmas tree out of storage and artfully arranging shiny baubles and string lights on the branches, softly playing carols as you decorate your space. For many, the “most wonderful time of the year” can’t come soon enough.

And with the famously corny Hallmark movies, cheery tunes and overall festive spirit settling like a blanket across the world comes another marker of the season: the ugly Christmas sweater.

You know the kind. Typically a woolly crewneck, ugly Christmas sweaters often feature any number of holiday motifs like snowmen, Santa Claus and reindeer – all in the brash colour palette of Christmas.

But when did the ugly Christmas sweater become so ubiquitous? They first came on the scene in the 1950s right as the holiday began to commercialize. Originally called Jingle Bell sweaters, it was a slow crawl to the trend’s current status as a sort of silly tradition. They became more mainstream in the ’80s, with cult classic movies like National Lampoon’s Christmas Vacation, bringing the goofy and endearing look to the big screen.

It was actually two Canadians, Chris Boyd and Jordan Birch, who established the first ever ugly Christmas party in 2002 in Vancouver.

Nowadays, ugly Christmas sweater parties dominate office holiday events and Secret Santa potlucks. You’ve likely been to one yourself – where the tackiest reigns supreme, with friends and colleagues donning chunky, scratchy synthetic wools in chaotic patterns, jazzed up with sequins, jingling bells and baubles stitched on for maximum holiday cheer. At a certain point, the ugly Christmas sweater became less something to recoil at, and took on a life of its own as the uniquely self-aware, overtly corny way to spread a little magic.

With the ubiquity of ugly Christmas sweaters, high fashion brands decided to contribute as well; in 2011, Dolce & Gabbana released a line of eye-catching (in more ways than one) holiday sweaters for their fall collection. Even celebrities like 2 Chainz joined in on the fun with his own ugly Christmas sweater with a hefty $90k price tag (proceeds were donated to charity).

Ugly Christmas sweaters have been a mainstay in novelty fashion for years, fuelled by pop culture, in the same way visibility onscreen originally made them a hot commodity in the first place. Take for example the Emmy award-winning smash hit Schitt’s Creek. Fans of the heartwarming Canadian TV comedy can snag their own Schitt’s-inspired merch for the holidays, with sweaters like this one, featuring Moira Rose and the saying, “Bebe, it’s cold outside.” Not a Schitt’s Creek fan? You can find an ugly Christmas sweater spin-off of almost any TV show, music or movie you love, from The Office to Biggie Smalls.

Everywhere, from fast-fashion outlets like H&M to The Bay have joined in on the ugly Christmas sweater craze too, to offer shoppers a variety of options at various price points and levels of gaudiness. People looking for something a little more unique can also scour vintage shops and larger used clothing retailers like Value Village to find a festive gem.

Maybe your goal is to deck yourself out in something as outrageous as possible. The Tipsy Elves, popularized on Shark Tank, sells a wide range of holiday-themed apparel from cute to downright wacky.

Still too kitsch for your tastes? That doesn’t mean you need to go all Ebenezer Scrooge on us. Tons of well-known brands have jumped on the proverbial ugly Christmas sweater wagon – maybe it’s ‘sleigh’ in this case? – to deliver some festive-wear that foregoes cliches entirely, striking a balance between understated and jolly.

Opt for a chunky cable knit sweater in bright red or forest green or a classic Ragg Wool sweater, like this one from L.L. Bean or this oversized wool blend version from Rag & Bone. These looks may not be ‘ugly’ in the traditional sense, but they’ll allow you to blend in seamlessly among your other Christmas-clad friends and colleagues.

The lasting appeal of the ugly Christmas sweater is the ways in which it tries so hard to be festive, becoming a sort of parody of the season itself. It’s no secret that holidays can be really stressful with people often feeling a ton of pressure for things to be perfect. Novelty Christmas sweaters have the potential to inject a little lighthearted satire, reminding everyone that Christmas is so much more than the pomp and circumstance that can sometimes dull the season’s sparkle.

Want to secure your own jovial jumper in time for Christmas? You’re in luck! Here are three local shops selling the most Christmassy pullovers around.

They just did ugly Christmas sweaters better in the ’90s. Black Market offers a whole warehouse of second-hand finds. Get ready to dig to find the perfect pullover! Shop here or visit 347 Queen St. W.

For sweaters with pop culture references from The Office to Drake to Buddy the Elf, look no further than this Toronto Etsy shop. Shop here.

This Toronto-based vintage shop offers everything from hand-embroidered sweaters to ’80s vests complete with a 3D Santa. Shop here.