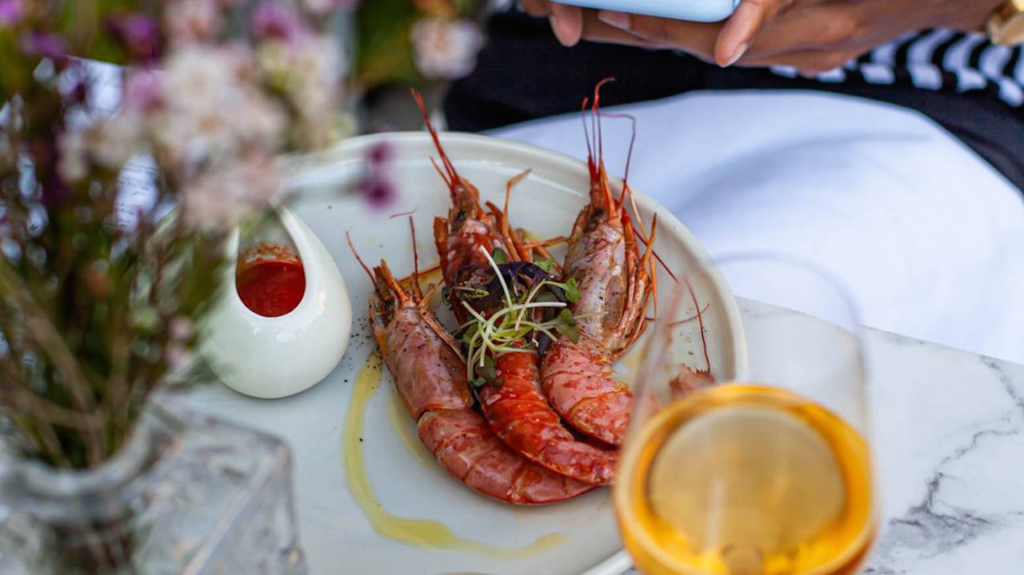 Nestled in an old, brick Victorian house and tucked among the other residential houses of Clinton Street, The Hamptons is the latest upscale restaurant to come to Toronto’s Little Italy.

With its original exposed brick walls and hardwood floors intact, as well as a beautiful secret back terrace with a seating area, walking into The Hamptons feels more like heading over to a good friend’s house for dinner, and that’s exactly how chef and co-owner, Rachel Chartrand, wanted it to be.

“This has been something that I’ve dreamed of my entire life,” Chartrand says.”I’ve been in the industry for a very long time and everything I’ve done in my career has always led me to this point. We’re something for everyone; we’re an experience and that’s what I believe is sustainable in life…it’s about creating ambiance and something you’re proud of. The only expectation that I want to hit every single time that someone comes in here is that they got that experience that I stand behind.”

In just two and a half short weeks since opening, the intriguing allure of The Hamptons has already attracted a crowd of regulars in Toronto, from couples craving a night out away from the kids, to those eager to take advantage of the puppy-friendly patio out front.

Inside, wallpaper and teak furniture accents lend what Chartrand calls “a very Scandinavian” feel to the restaurant, while downstairs, a wine cellar will soon offer private tastings and additional eating space.

“It has everything that you would expect to find in an old home and we didn’t change any of it, we just gave it a big facelift,” Chartrand says.

The open-concept layout, which also features a sunroom, allows guests to go from room to room, while sipping their complimentary glass of Prosecco that’s offered upon entry.

“We offer this to everybody who comes through the door,” says Chartrand, who also owns nearby Montauk Bar. “I wanted everybody who came into this space to feel that they are no different than anybody else here.”

The Hamptons’ seasonal menu revolves around vegetables, fish and meat, a move Chartrand says blends in well with the predominantly Italian restaurants in the area. “The similarities between our food and theirs is that we are focused on really great ingredients,” Chartrand says. “We’re seasonal and researched, and we’ll soon transition from raw to hot,” she adds, noting that The Hamptons is currently in its raw season, offering chilled fish-focused bites due to the high summer temperatures.

A thinly-sliced raw yellow and green zucchini salad with freshly-shucked Ontario peas that is tossed in a Dijon and apple cider vinaigrette, finished with fior di latte, olive oil and freshly cracked peppercorns is among the menu’s bestsellers so far. Another is the “tomatillo three ways,” which features baby Bay scallops simmered in tomatillo juice and topped with a thinly-sliced tomatillo and a cucumber and shallot mignonette that’s finished with olive oil and cracked pepper. The third star of the menu is a venison tartare from New Zealand which features a tenderloin cut that’s tenderized and tossed with duck yolk, capers and Dijon mustard. The Hamptons’ take on the tartare is served with a baby butter lettuce cup instead of bread for a beautiful finish.

Tasting menus are currently being designed, allowing guests the opportunity to try everything on The Hamptons’ current house menu, prior to the second-floor expansion of the kitchen that Chartrand has planned. The upcoming tasting menu will feature a selection of breads and butters, oysters, cheeses and house-pickled items. Meat and fish-focused tasting menus will rotate weekly and feature three to four items as well as a dessert. A wine pairing will also be on offer, but instead of several different glasses, will include a full bottle of wine.

“This lets people take the bottle home if they don’t finish it, but it’s also meant to make you feel like you’re at a dinner party,” Chartrand says. “I like walking by and seeing bottles on the table.”

In the coming weeks, Chartrand says pescatarian, vegetable and meat-focused tasting menus will also be on offer and listed at market price. As the season cools, The Hamptons will also add a wood-fired pizza oven that can cook whole fish and roast meats and vegetables. Guests can also opt to create their own experience and pair a glass of wine (or bottle) with various menu items.