The Ghosts In Our Machine: a doc that'll turn you vegan - Streets Of Toronto
Skip to content 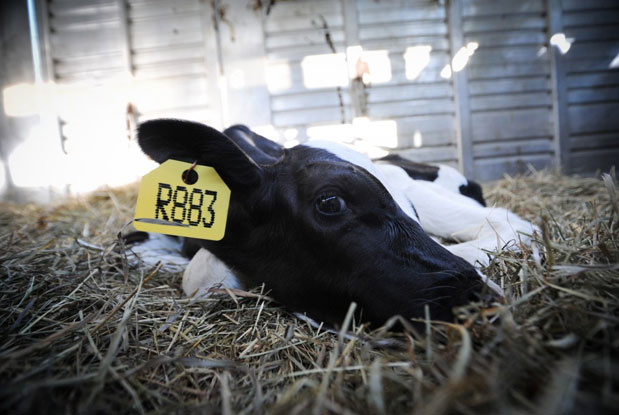 The Ghosts In Our Machine, a film that played at this year’s Hot Docs Festival, is now showing at Bloor Cinema for a brief run. The film is both seductively beautiful and uncomfortably tragic, and seeks to break down the barrier between the human and animal world, bringing to light the horrors of factory farms and animal abuse. It compels you to act without asking you to, and is undeniably powerful without being forceful.

Liz Marshall’s film follows photojournalist and activist Jo-Anne McArthur, whose work over the past decade has sought to promote animal rights and sharing of space while looking to curtail global use and abuse. Ambitious, determined, and exceedingly warm, McArthur has been careful to document and present her work objectively, letting the photograph send a message first and foremost.

“People don’t need to be told, ‘Here is a cruel factory farm,’ McArthur says. “Just show them a picture of a factory farm – it becomes obvious and more people are willing to listen.” McArthur has travelled around the world photographing animals in the human environment, which includes finding her way into factory farms.

Ghosts opens with McArthur at one such place, cataloguing the atrocious conditions that the animals are forced to endure before being slaughtered for human use. Her photos are powerful and she, like the film, is open and engaging.

“I went through a wide range of emotions and tactics and trying to hit people over the head with things. My work started out being really directive,” explains McArthur, who also runs a project of documentation called We Animals. “I got to a place though where I didn’t want to be directive anymore; I wanted to make something palatable, non-directive, and mainstream.”

McArthur’s photographs are shown throughout, as Marshall takes the audience on a journey alongside the dedicated activist, meeting not only caged animals, but creatures that have been liberated and saved.

Powerful and evocative, the film does not preach a vegan lifestyle or seek to lay fault at the foot of a company or face for the purposes of creating a villain. It’s a tale of two disparate worlds – one tragic and one uplifting. At upstate New York’s idyllic Farm Sanctuary, and others like it, animals are treated like humans. In the factories and labs, their meager lives serve a purpose. Both opposing existences are captured on camera and film, available to digest and process.

“You want people to draw their own conclusions, and think what they want to think instead of being told what to do,” notes McArthur. “They will look further if there is friendliness attached to it and it’s welcoming.”

“You turn the lens inwards and have people ask questions about themselves and their consumer habits. We can only put it out there.”

The Ghosts In Our Machine plays at Bloor Hot Docs Cinema on July 3 and 4, with McArthur in attendance and panel discussions to follow.