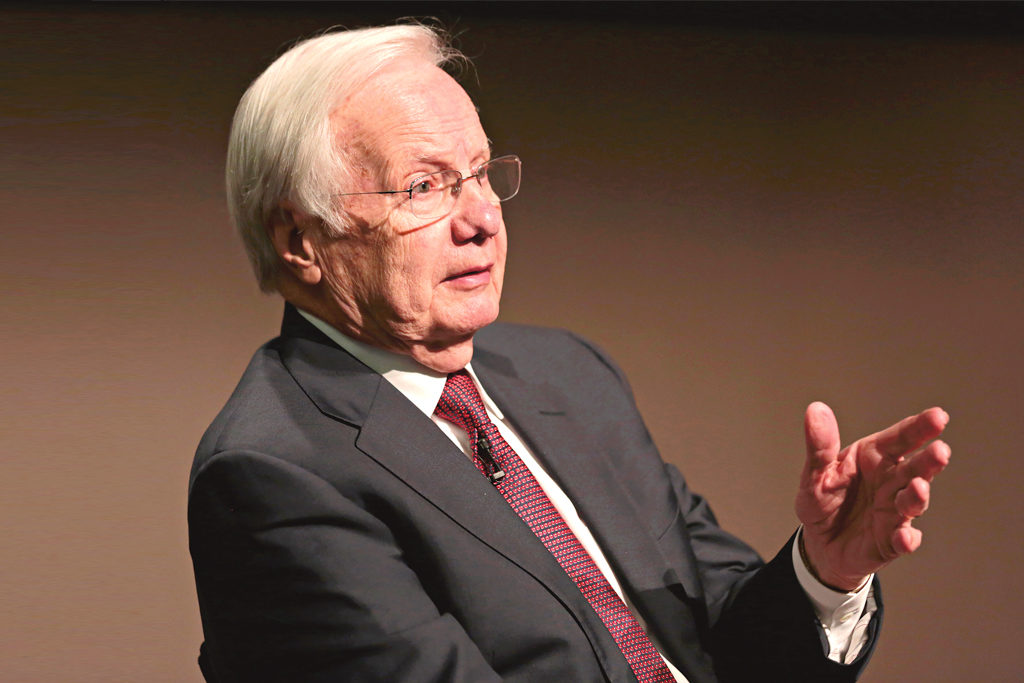 Columnist David Suzuki is the host of the CBC’s The Nature of Things and author of more than 30 books on ecology (written with files from Ian Hanington).

When the Intergovernmental Panel on Climate Change released a special report in October warning of how quickly we’re advancing toward irreversible climate chaos, it led the news — for a day. A massive study in May by the Intergovernmental Science-Policy Platform on Biodiversity and Ecosystem Services about rapid wildlife extinction met a similar fate.

In Canada, issues like legalization of recreational cannabis pushed aside the climate report, and news about the birth of Meghan Markle and Prince Harry’s baby buried the biodiversity report everywhere.

In early April, I read front page stories in the Vancouver Sun about Brexit and the SNC-Lavalin scandal. Page three had a single column headlined, “Grim climate report released,” about an Environment and Climate Change Canada review by 43 scientists showing Canada is warming at twice the global average rate, even faster in the north.

The Globe and Mail headlined the news on page four with “Canada warming at rapid rate, study finds.” It shared the page with stories about provincial and national efforts to undermine the federal government’s less-than-adequate but necessary climate initiatives, such as carbon pricing.

No one likes bad news, but we can’t turn away from reality if we want to avoid catastrophe. Elizabeth Bush, lead author of Canada’s Changing Climate Report, echoed what experts have said in light of the IPCC report:

“It’s clear, the science supports the fact that adapting to climate change is an imperative. Urgent action is needed to reduce emissions.”

In an April speech to the Columbia Journalism Review and the Nation’s Covering Climate Now conference in New York, respected U.S. broadcaster Bill Moyers pointed to research showing, “The combined coverage of climate change by the three major networks and Fox fell from just 260 minutes in 2017 to a mere 142 minutes in 2018,” and “about 1,300 communities across the United States have totally lost news coverage, many from newspaper mergers and closures.”

Moyers, who says he learned about the consequences of rapid fossil fuel burning in early 1965, added, “many of the news outlets that are still around have ignored or misreported the climate story and failed to counter the tsunami of deceptive propaganda unleashed by fossil-fuel companies and the mercenaries, ideologues, and politicians who do their bidding.”

We’re facing a similar fate in Canada. One company, Postmedia, owns much of our print media (with added online presence). In Alberta, where many people seem to lack basic information about climate disruption, the company owns all major dailies in Calgary and Edmonton and many smaller community newspapers in Alberta. Despite some good coverage of climate issues, the media giant often runs opinion columns by climate science deniers.

In 2013, Postmedia — mostly owned by a U.S. hedge fund — entered into an agreement with the Canadian Association of Petroleum Producers to “bring energy to the forefront of our national conversation.”

Many new and some mainstream media outlets in Canada and elsewhere are stepping up to fill the void in reporting on issues critical to our well-being and survival, but they often lack resources.

There is no shortage of solutions to the related climate and biodiversity crises. We’ve written about them in Just Cool It! and elsewhere, as have many others. But people need good, evidence-based news coverage on which to base their actions and voting decisions. Where and how climate change and other environmental stories are covered in news outlets and broadcasts indicates how seriously society takes them.

We need and deserve better from our news media.

As Moyers said, “Reporting the truth about climate disruption, and its solutions, could be contagious.”