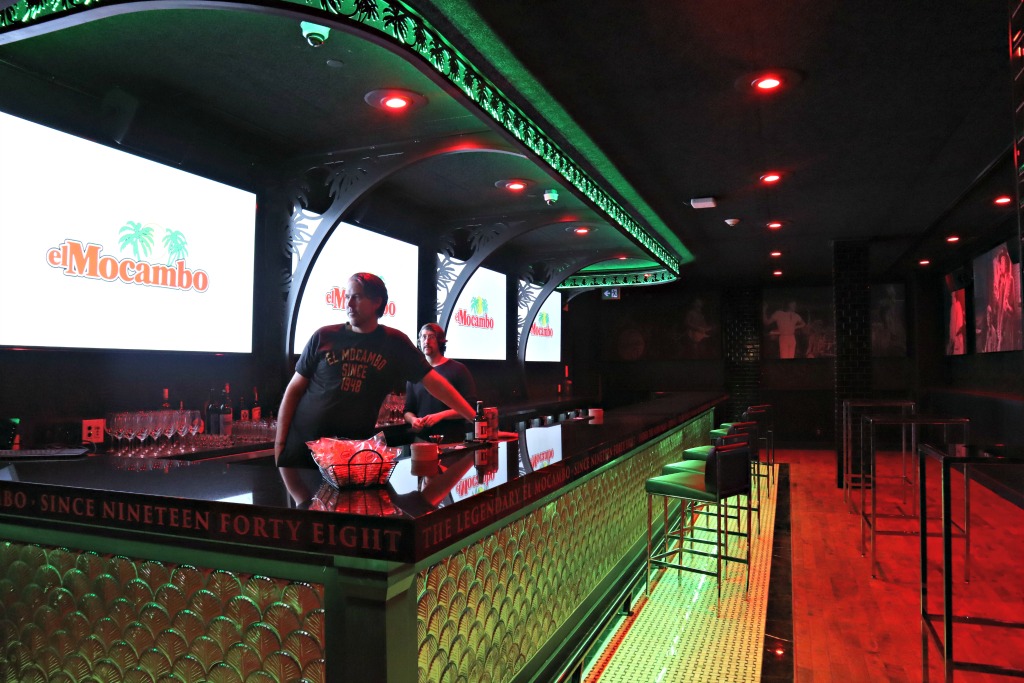 Iconic live music venue the El Mocambo is set to make its long-awaited relaunch at Spadina and College this spring. Originally opened in 1948, the El Mo was known for hosting some of the biggest names in music in its heyday, from the Rolling Stones and Blondie to Jimi Hendrix and Muddy Waters. After closing in early 2014, the venue was snapped up by merchant banker and television personality Michael Wekerle with a plan to recapture its glory days. Since then, however, it’s been stranded in an ongoing state of construction with numerous opening delays.

On the heels of a media sneak peek inside the venue this week, however, the El Mocambo seems poised to finally reopen for real. The once two-storey building has been gutted and expanded out to include an additional storey and a large basement.

Together, the venue’s two performance spaces can hold up to 700 people, and they’ve been soundproofed so musicians can play simultaneously in both. The recording studio-level soundproofing is only the beginning of the venue’s new high-tech features. The whole space is hooked up for video and audio streaming, with plans in the works for live performance broadcasts. Although the nuts and bolts of the revamped El Mocambo are ultra-modern, the decor has a ’70s rock-and-roll vibe. The original palm leaf sign has been butterflied into two pieces that frame the second floor stage, while the surrounding acoustic panels are covered with blown-up photos of musicians that have played in the space. Neon signage is dotted throughout the hallways, while the staircases are stenciled with names of previous performers. During the media tour, Wekerle stated that the El Mocambo is tentatively set to open April 1. He joked, however, that this way he can always play it off as an April Fool’s Day prank if the launch is delayed yet again.